A History of Women in Sport: From Ancient Greece to Living Legend

International Women’s Day (8th March 2021) is celebrated all around the globe, to recognise the social, economic, cultural and political achievements of women. 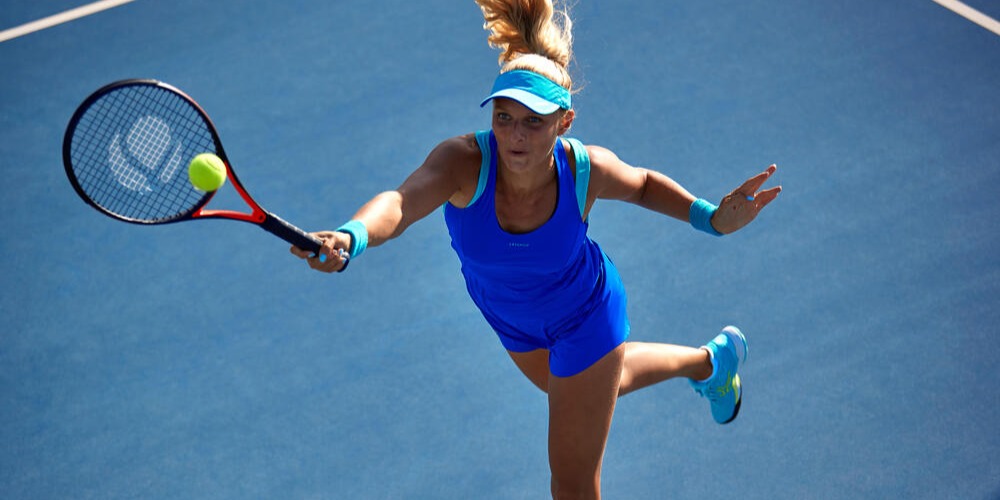 Celebrating women in sports history, taking a look at how far women’s sport has come over the years, and some of the famous female athletes who have excelled and inspired future generations.

International Women’s Day (8th March 2021) is a day celebrated all around the globe, and it recognises the social, economic, cultural and political achievements of women. It also celebrates female athletes and helps fight for equality in pay, sponsorship and visibility in sport. International Women’s Day (IWD) has occurred for well over a century, with the first IWD gathering in 1911, supported by over a million people.

Women have excelled in many fields and professions over the years, and one area in particular is sport. We’re going to take a look at the key dates for women in sport, and celebrate some of the famous names who have made history. Some burst onto the scene by being the first to compete in their field, while others smashed records and raised the bar for the next generation.

Early history of women in sport

Many think women and sport is a fairly recent partnership, but illustrations on Egyptian temple walls showed women exercising and playing ball games as far back as 2000 BCE. The Ancient Greek’s produced many celebrated athletes, including Spartan charioteer Euryleonis, and closer to home, Mary, Queen of Scots became the first recorded woman to play golf in 1567. Here are some other ‘firsts’ and great achievements for women in sports history:

When did women’s professional sports begin?

Professional athletes are considered those who are paid enough to earn a living. Though throughout the world, many top female athletes are not paid, and work full-time or part-time alongside their training and competition schedules. Women’s professional sports organisations have been set up to change this, where investors are able to buy teams, and businesses sponsor teams or individuals in exchange for publicity and promotion of their products.

From around the 1800s, women were seen as delicate or weak, whose purpose should solely be directed towards bearing and raising children. And girls seen as “pretty” were discouraged from participating in sport as it was thought that this would make them less desirable to men. This opinion is difficult to comprehend in 2021, with so many elite female athletes smashing records left, right, and centre. And although some women have been able to play their sport professionally for many years, you might be surprised to learn that for a time, some of the UK’s most popular sports banned women from playing at all, with women only being able to play professionally in recent years. Let’s take a look at a brief history of a few of those sports.

Perhaps one of the earliest sports to allow women to play professionally, the modern game of golf originated in 15th century Scotland, with Mary, Queen of Scots, being noted as the first female to play golf. During her reign, the famous St Andrews Links golf course was built. But it wasn’t until 1811 that the first recorded golf tournament for women only took place, in Musselburgh, East Lothian, for fishermen's wives. In 1843 the St Andrews Golf Club was formed in Scotland, and in 1867 the very first women’s golf club was formed. The club grew to 500 members after its first 19 years, and golf started to become popular with women in England too. Although golf began as an elitist and male dominated sport, there was a growing acceptance of women in golf by the turn of the century. In 1893, leading female golfer, Issette Miller, helped influence the game, and she is known for inventing the very first golf handicapping system.

In 1934, American Helen Hicks was among the first women to become a professional golfer. She signed with Wilson-Western Sporting Goods Company becoming one of the first women to sign with a sporting goods company, and she went on to win two major golf tournaments. And former Olympian Babe Zaharias was the first to attempt to play in a professional men’s tournament in 1938, which wouldn’t be tried again for almost another 60 years. She unfortunately failed to make the cut, but she succeeded in making golf history, and went on to become one of America's first female major players in the 40s and 50s.

In the 1960s, American female golfers Mickey Wright and Kathy Whitworth dominated the green. There was a televised exhibition match between the pair and two of the top male golfers of the time, with the women defeating the male golfers. This helped spark the popularity of women’s golf all over the country. Kathy Whitworth went on to become the first female golfer to reach $1 million in career earnings in 1981. Although golf is still a largely male dominated sport, women now play golf professionally all over the world.

Tennis as we know it today began in the mid-19th century in Britain. It was referred to at the time as "lawn tennis" and it was popular with women from the very beginning. Wimbledon, today one of the biggest tournaments in tennis, started out as a fundraising event in 1877. The first Ladies' Championship at the tournament was held in 1884, and in the extreme heat, one of the women fainted during the second set, which sparked the opinion that women were too weak and fragile to play five set matches (rather than putting it down to the fact they were expected to play in long skirts and corsets).

Tennis continued to grow in popularity in the early 20th century, and tournaments were being organised all over the world, making tennis a truly international sport. And before long, professional players—both men and women—were going on international tours, too. In 1968, tennis’s Open Era began, which opened the Grand Slam tournaments up to both professionals and amateurs. It was a major change for the sport, and it brought new opportunities for women, though there was a huge gap between how much women earned in prize money compared to the men. Billie Jean King and her group of 8 other renegades were revolutionary women in sports history by 1970s standards. And in September of that year, the birth of women's professional tennis was launched when the players signed $1 million contracts with World Tennis publisher Gladys Heldman. Then in 1973, the US Open became the first Grand Slam tournament to give male and female winners equal prize money (Wimbledon became the last in 2007).

Today, tennis is a major international sport, and a multi-billion pound industry. And it’s one of the few sports in which women are as popular and as famous (if not more so) as male players.

Women have been playing football for hundreds of years, although it was the 1890s where things really started to kick off. There were several women’s clubs around at the time, attracting thousands of spectators. Dick Kerr’s Ladies was one of the earliest known women's association football teams in England, made up of 11 factory workers in Preston, and earning lots of money for charity. With men going off to fight in WW1, women ruled the pitch, drawing in crowds of more than 50,000 inside the ground by 1920, with thousands more gathering outside. But as men started to return from the war, factories began to close, and women were quietly shunted back into domestic life. Shockingly, The FA banned women’s football from its clubs’ grounds in 1921, branding it ‘quite unsuitable for females’. Fortunately, this view started to change towards the end of the 1960s.

The Women’s FA (WFA) was formed in 1969, and within three years, the first Women’s FA Cup Final and England Women’s international had been played. In 1993, a Women’s Football Committee was established to run the women’s game in England. The FA outlined its plans to develop the women’s game from grassroots to elite level in 1997 and in the following year appointed Hope Powell as Women’s National Coach.

By 2002, football had become the top participation sport for women and girls in England. And the profile of the women’s game was further boosted by the hosting of major tournaments in 2005 and 2012, and England’s achievement in reaching a European Final and two World Cup quarter finals. 2011 also saw the launch of The FA Women's Super League, with the creation of a second division three years later. The season changed to coincide with the traditional football calendar, and it became a fully professional league for the first time for the 2018-19 season.

When did women first compete in the Olympics?

The International Olympic Committee (IOC) was founded more than a century ago, and two years later in 1896, the first modern Olympic Games took place in Athens, Greece. At the time, the Games were exclusively for men, and women were not allowed to participate until 1900. Here’s a timeline outlining the history of women in the Olympics, from women’s first participation, to the 1,204 female athletes who competed in the 2018 Games.

Over the last 30 years, the IOC has played an important role in establishing a positive trend to enhance women’s participation in sport, encouraging International Federations to enhance the presence of women in sport at all levels.

Who are some of the most famous female athletes in history?

The following historic female athletes are celebrated for their outstanding contributions to sport, from breaking moulds to breaking records. These sports women have all excelled and inspired through history, and some are still paving the way for women and athletes all other the world.

These are just a few of the women who have made history in the world of sport, so do let us know who your top women athletes of all time are in the ‘comments section’.

The future for women’s sport is bright, and there are so many more opportunities now for young women in sport compared to even just five years ago. So why not take up a new sport, or perhaps revisit one you did as a child? Who knows who you might inspire in the future.