Boxing, in its various forms, is practiced by thousands of people across the British Isles. It’s a great way to stay in shape and extremely addictive. 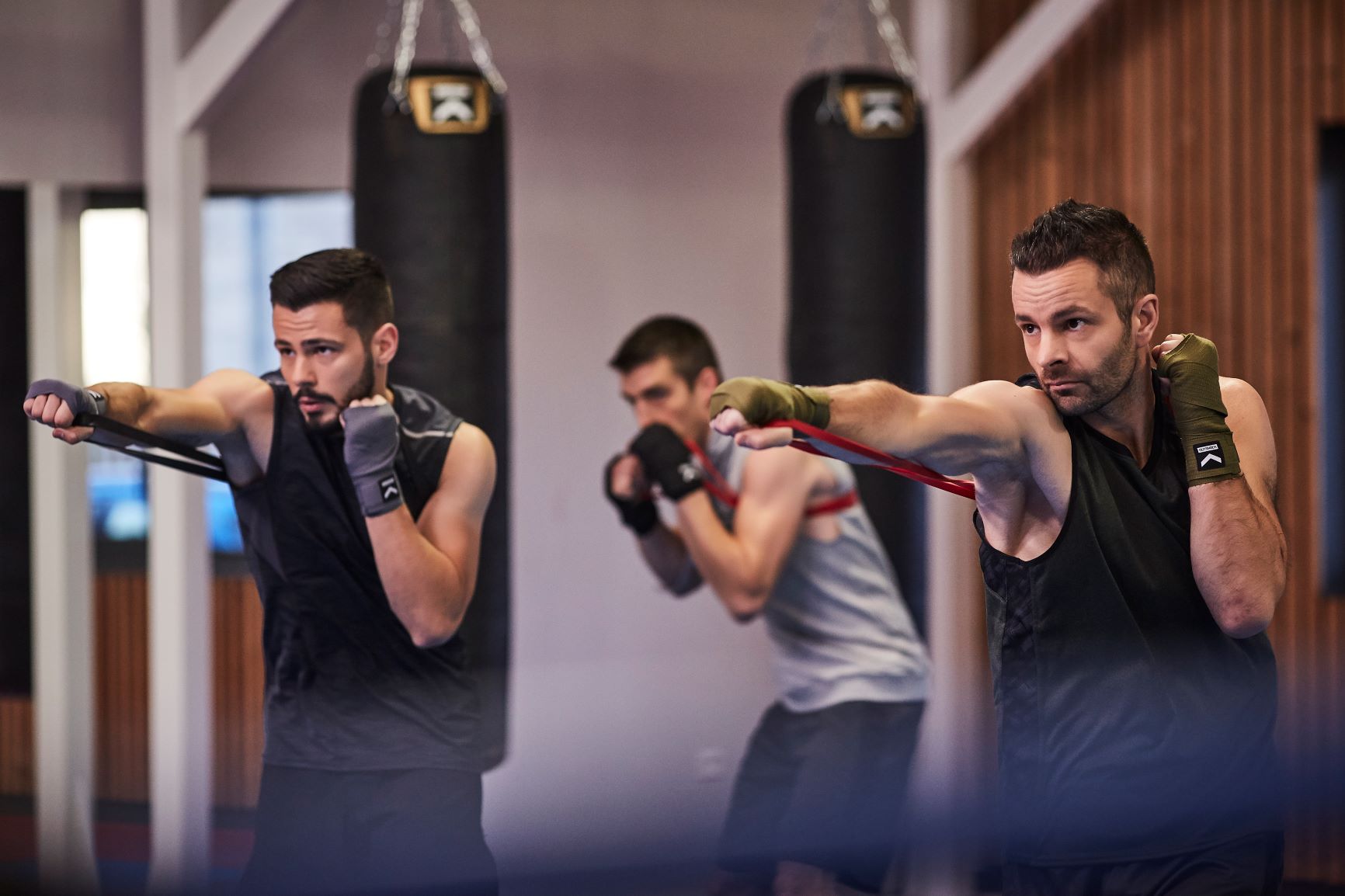 Getting started is easy - all you need is a bit of technical know-how and some basic kit, meaning you’ll be ready to practice your new favourite sport in no time!

It’s an incredibly fun way to stay fit. Boxing training, or boxercise, is a full cardio workout that keeps your muscles toned and your body in shape.

Each training session is geared towards improving your strength and stamina, whilst perfecting technique.

Boxing can be practiced alone at home, with a training partner, or in groups at your local gym.

Will you get hit?

Not if you don’t want to. Most people who take up boxing don’t participate in full-contact sparring, even though it can be a lot a fun. There is no set level to boxing, so you can practice it in a way that suits you.

Most clubs will have a specific day when they practice full-contact sparring, aimed at more experienced boxers.

What different types of boxing can you practice?

This is the most common form of boxing in the UK. It’s even a fully-fledged Olympic Sport. Western Boxing is practiced using your fists to punch your opponent anywhere above the belt line, excluding the back of the head. Boxers practice on pads and bags to hone their skills.

Boxing training is largely based on footwork, counter-attack and timing. It can be practiced by people of all ages.

It’s also about being elusive, which is great for people who want to improve self-defence.

Thai Boxing is a discipline practiced using your hands, elbows, knees, and legs, which is why it’s referred to as “the art of eight limbs”. To practice Muay Thai you need to be flexible and agile. Whilst Thai Boxing you’ll learn a lot about fighting at different distances, as there is a lot of close-up grappling involved, as well as high kicks.

Muay Thai is steeped in tradition, with fighters performing a “ram muay” dance ritual in front of their opponent before bouts. The dance is aimed at intimidating your adversary, whilst exercising negative spirits.

Savate Boxing is a discipline where you compete using only your hands and feet. To practice effectively you need to perfect your balance to power ratio. All kicks must be above the belt, so you’ll need to be flexible in your legs.

The origins of kickboxing come from France, but It’s now practiced in gyms around the world. Fighters are required to wear gloves on their hands and protective pads on their feet.

Mixed Martial Arts, also known as MMA, has become very popular in the UK over the past few years thanks to the UFC. In MMA training you’ll learn several different disciplines, including Muay Thai, Wrestling and Jujitsu.

MMA is generally practiced by people looking to take part in full-contact training.

What do I need to get started?

All you need to get started is a pair of boxing gloves, a mouthguard and a set of hand wraps. If you plan to box at home, you’ll need a punching bag and a good pair of boxing mitts.

CHECK OUT OUR BRAND