Fielding became popular and professional a little later in the day with the emergence of limited overs cricket matches when saving runs became crucial.

This article was originally published here.
After a ball is struck by the batsman, the role of the fielders become important as they need to take prompt action in collecting the ball in order to limit the number of runs scored. The ideal situation for a fielder would be to catch the ball in flight or running the batsman out.
1. Fielding Positions 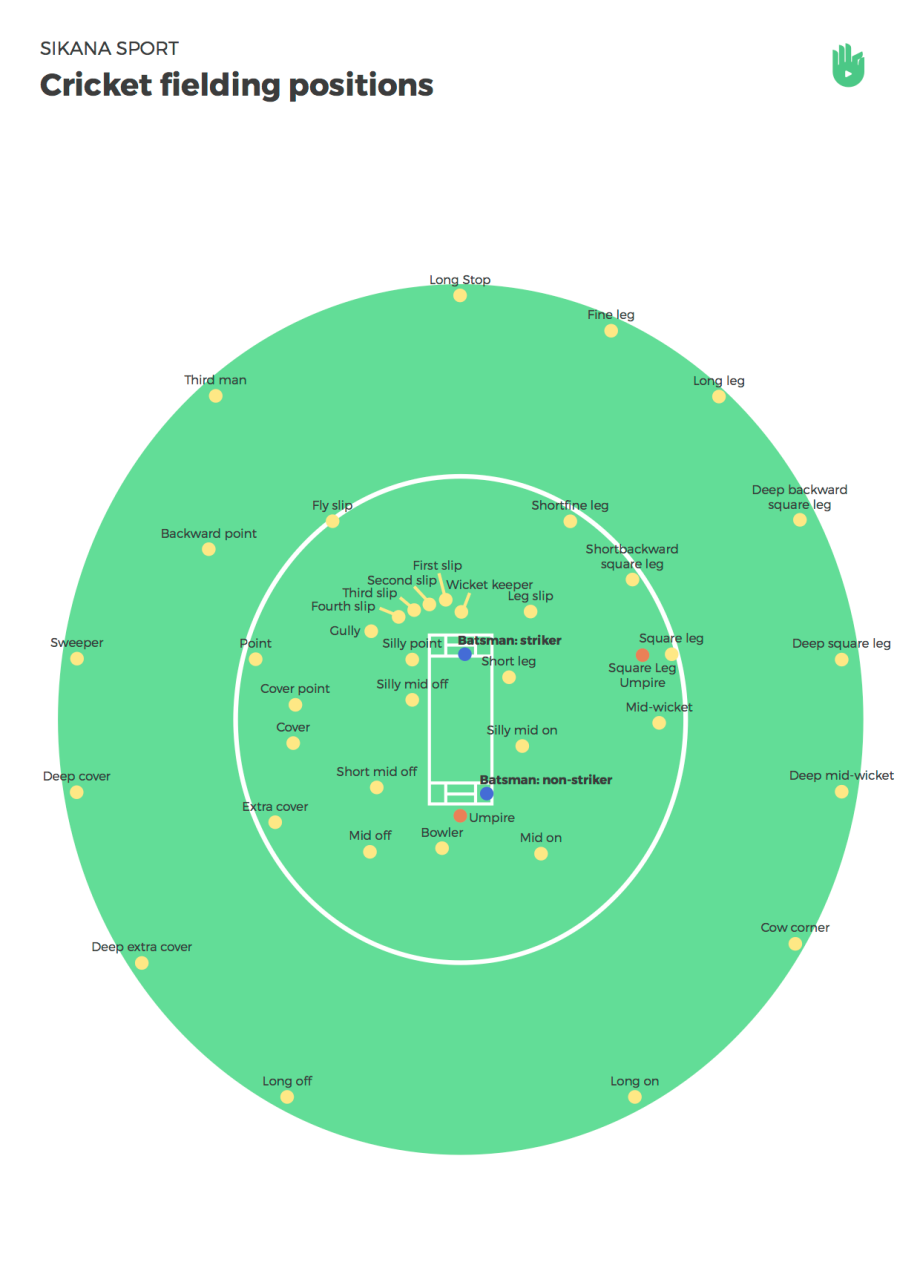 As mentioned in earlier articles, the members of the bowling team field to stop the batsmen from scoring runs. With 11 players in a team, one being the bowler and the other the wicket-keeper, nine other players are left to occupy the fielding positions. Their positions are decided through a tactical decision made by the captain of the team in consultation with other players.

There are a number of fielding positions that are more common than the others but they are neither fixed nor precisely defined. It is possible to place fielders in positions different from the basic positions.

The classification of the positions is to some degree obscure, however generally take after an arrangement of polar direction from the angle of the batsman. Words, for example, "backward", "forward", or "square" can additionally indicate the angle.

The image shows the fielding positions based on a right-handed batsman. The left side is called leg side or onside, while that to the right is offside. For a left-handed batsman, the leg and offsides are just reversed, a mirror image of the above.

There are certain fielding positions that are used with the primary motive of getting the batsman out as opposed to stopping or lowering the scoring of runs.

These positions incorporate Slip (frequently there are numerous slips alongside each other, assigned First slip, Second slip, Third slip, and so forth, numbered outwards from the wicket-manager—all things considered known as the slips cordon) intended to get balls that simply edge off the bat; Gully; Fly slip; Leg slip; Leg gully; the short and senseless positions.

1. Wicket Keeper - The person who stands behind the striker's wicket waiting to hit the stumps if the ball arrives.

2. Long Stop or Fine Leg - The player who stands behind the wicket-keeper towards the boundary

3. Sweeper - Also referred to as deep cover or deep midwicket positioned near the boundary on the off side or the on side.

4. Cow Corner - An informal term for the position on the boundary between deep midwicket and long on.

It's important to note that the bowler, after delivering the ball, must avoid running on the pitch so ordinarily winds up fielding near silly mid on or off, but closer to the pitch.