Ecodesign: Everything You Could Possibly Want To Know

Discover what ecodesign is, and how it can help us move towards a more sustainable future. 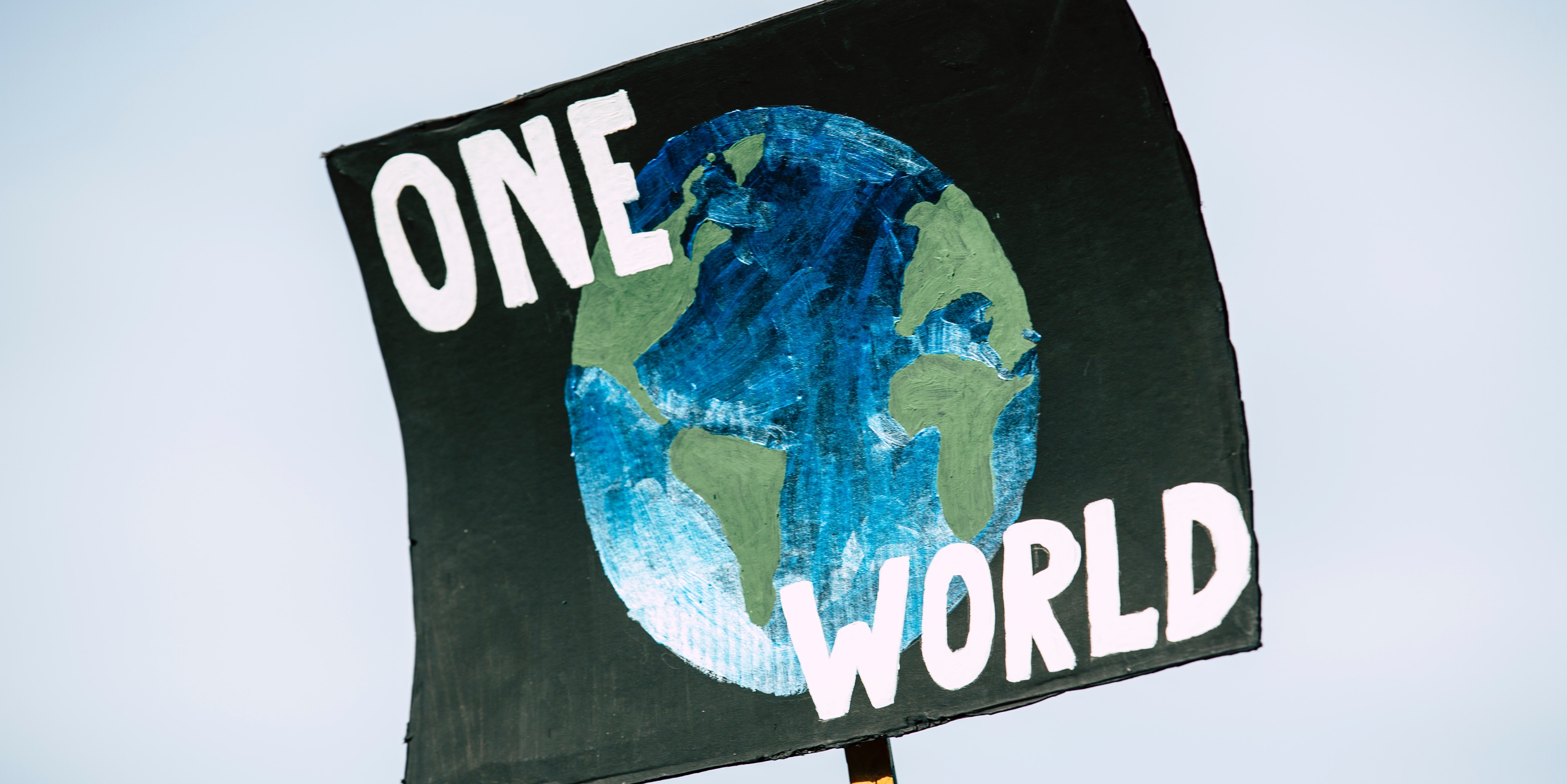 Credit: One world banner. Photo by Markus Spiske on Unsplash

As we strive for sustainability, it’s clear the ‘throw away’ culture no longer makes sense. Single-use plastic and other disposable items are destroying our planet at an alarming rate. Plastic bottles can take up to 450 years to decompose in landfill. And not only are landﬁlls an eyesore, but they are also incredibly bad for the environment, mostly because they release toxins and greenhouse gasses into the earth and air. And the plastic that doesn’t reach landfill ends up in our oceans, causing considerable harm to marine life.

Even items considered recyclable can be harmful. A seemingly innocent takeaway coffee actually has a huge impact on our planet. Us Brit’s get through a staggering 2.5 billion paper coffee cups every year, but only 1 in 400 is actually recycled. This is due to the 5% polyethylene lining, which helps to ensure the strength and safety of the cups. But this makes the cups difficult to recycle.

Despite many coffee shops using cups that are considered environmentally-friendly, the vast majority are used only once before going into landfill, which is a considerable waste of natural resources. Millions of trees are cut down every year, and an independent study suggests that almost 1.5 billion litres of water goes into making the cups the UK uses annually.So it’s clear there’s a great need for more eco-friendly alternatives. This has led to the emergence of

ecodesign - but what does this mean exactly? This article will explore everything you could possibly want to know about ecodesign, why it’s so important in the modern world and what you can do to incorporate this mindset into your business.

Environmentally sustainable design, or ecodesign, is a philosophy that considers product sustainability from start to finish: from the extraction of raw materials, to production, distribution, and its use until its end of life. The goal is to reduce the environmental impact of a product, while at the same time, maintaining the quality.

Ecodesign consists of incorporating a product's environmental impact into its design from the very beginning, taking into account the product's entire life cycle. The purpose is to produce goods that reach the end of their useful life in a suitable condition so they can be put to new uses - known as a circular economy. Unlike in a linear economy, where products are used and then thrown away.

The ecodesign approach has an impact on many product characteristics. These include:

What are the Benefits of Ecodesign?

As well as creating benefits for the environment, sustainable design also offers great potential savings and efficiencies for businesses. 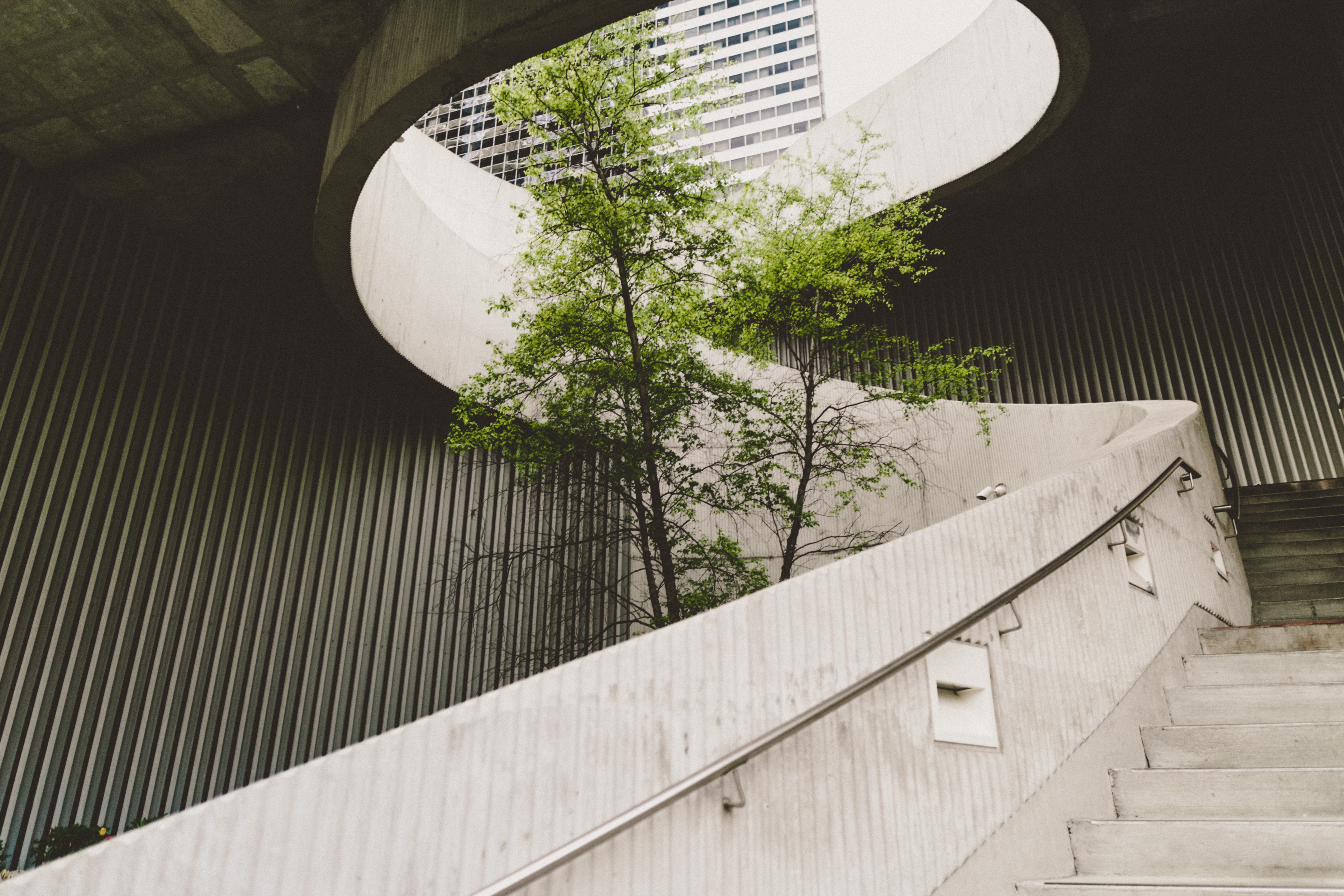 Photo by Alexander Abero on Unsplash

Here are some of the key benefits of ecodesign:

The benefits of ecodesign affect both industry and society. The United Nations (UN) promotes this system as a means to improve millions of people's quality of life, reduce poverty, boost competitiveness, and lower environmental, social and economic costs.

Why is Ecodesign Important?

As the global population reaches almost 8 billion, we need to act now to prevent climate change - before it’s too late and we cause irreversible damage to our planet. Raw materials and natural resources are finite, and if we’re not careful, they will run out. The extraction of resources—for food, clothing, water, infrastructure, and other aspects of life—has more than tripled since 1970, including a 45% increase in fossil fuel use. But do you know what goes into making some of our everyday items?

According to the UN, If the global population continues to grow as predicted, reaching 9.6 billion by 2050, it could require the equivalent of almost three planets to provide the natural resources needed to sustain current lifestyles. Of course we all know this isn’t feasible, which is why ecodesign is so important for a sustainable future.

A Brief History of Ecodesign

Ecodesign is a hot topic right now, but the concept itself isn't new. In fact, the roots of ecodesign can be traced back to at least the 1920s, and pioneer Richard Buckminster Fuller. 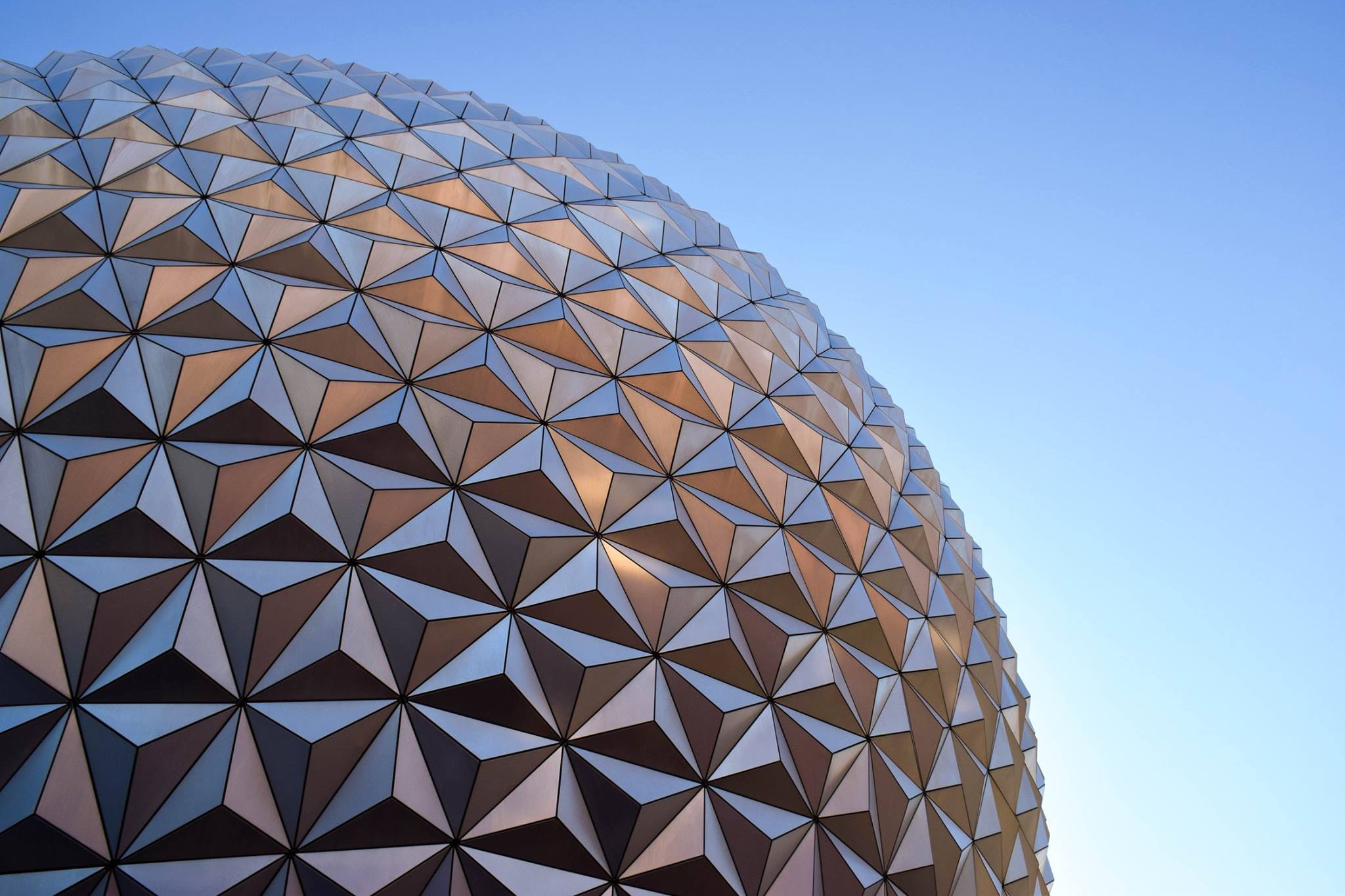 Photo by Frances Gunn on Unsplash

American architect Buckminster Fuller was an early environmental activist. Designer, engineer, geometrician, philosopher, futurist, he put forth an original form of living sustainability for humanity. Famous for his invention of the famous geodesic dome—the super-lightweight building that gets stronger as it gets bigger—Buckminster Fuller was way ahead of his time. He was one of the first modern Western thinkers to connect architecture to ecology and the environment, and described “the modern world as an ecosystem to be reconciled with nature”. He was talking about energy, fossil fuels, food, and pollution in the mid-60s, before the sustainable design movement took root. He was trying to develop ways of living that would benefit the largest number of people with the fewest possible resources, serving as one of the intellectual godfathers of today’s integrated approach to sustainable design.

In their 1996 book Ecological Design, pioneers of sustainable design Sim van der Ryn and Stewart Cowan argued for a seamless integration of human activities with natural processes to minimise destructive environmental impact. The realisation that any designed product, space, or environment has an expansive presence in the world, beyond its status as an object in materialised form, is significant.

The term ecological design emerged in the fields of design, architecture, and planning in the late 1960s, when the widely publicised image of the whole Earth rose to cultural prominence. Several publications at the time portrayed the planet as a finite system with confined resources, projecting the effects of micro-actions to have an effect on the macro-dynamics of the planet.

In 2002, architect William McDonough and chemist Michael Braungart published the book Cradle to Cradle, which proposed a circular political economy to replace the linear logic of ‘cradle to grave’. The book evolved into a production model implemented by many companies, organisations, and governments around the world. And Cradle to Cradle Certified® is now the global standard for products that are safe, circular, and responsibly made.

William McDonough and Michael Braungart’s 2013 book, The Upcycle, draws on the green living lessons gained from 10 years of putting the Cradle to Cradle concept into practice. In an extract from the book, the authors write: “Human beings don't have a pollution problem; they have a design problem. If humans were to devise products, tools, furniture, homes, factories, and cities more intelligently from the start, they wouldn't even need to think in terms of waste, or contamination, or scarcity. Good design would allow for abundance, endless reuse, and pleasure.”

When ecodesigning a product or service, it needs to be attractive for people, while minimising its environmental impact and maximising its business impact. It requires innovative design solutions that take into consideration the entire lifecycle by designing a circular system around it. Though ecodesign is an involving concept that is better considered as an approach to design than as a label for eco-friendly products.

Acting as a useful checklist or guide for sustainable design, the Ecodesign Strategy Wheel highlights potential strategies along the full life-cycle of a product. It provides useful prompts and focus to help devise creative ways for projects to be more sustainable, from the choice of materials and manufacturing processes, to distribution, and any reuse or recycling opportunities. 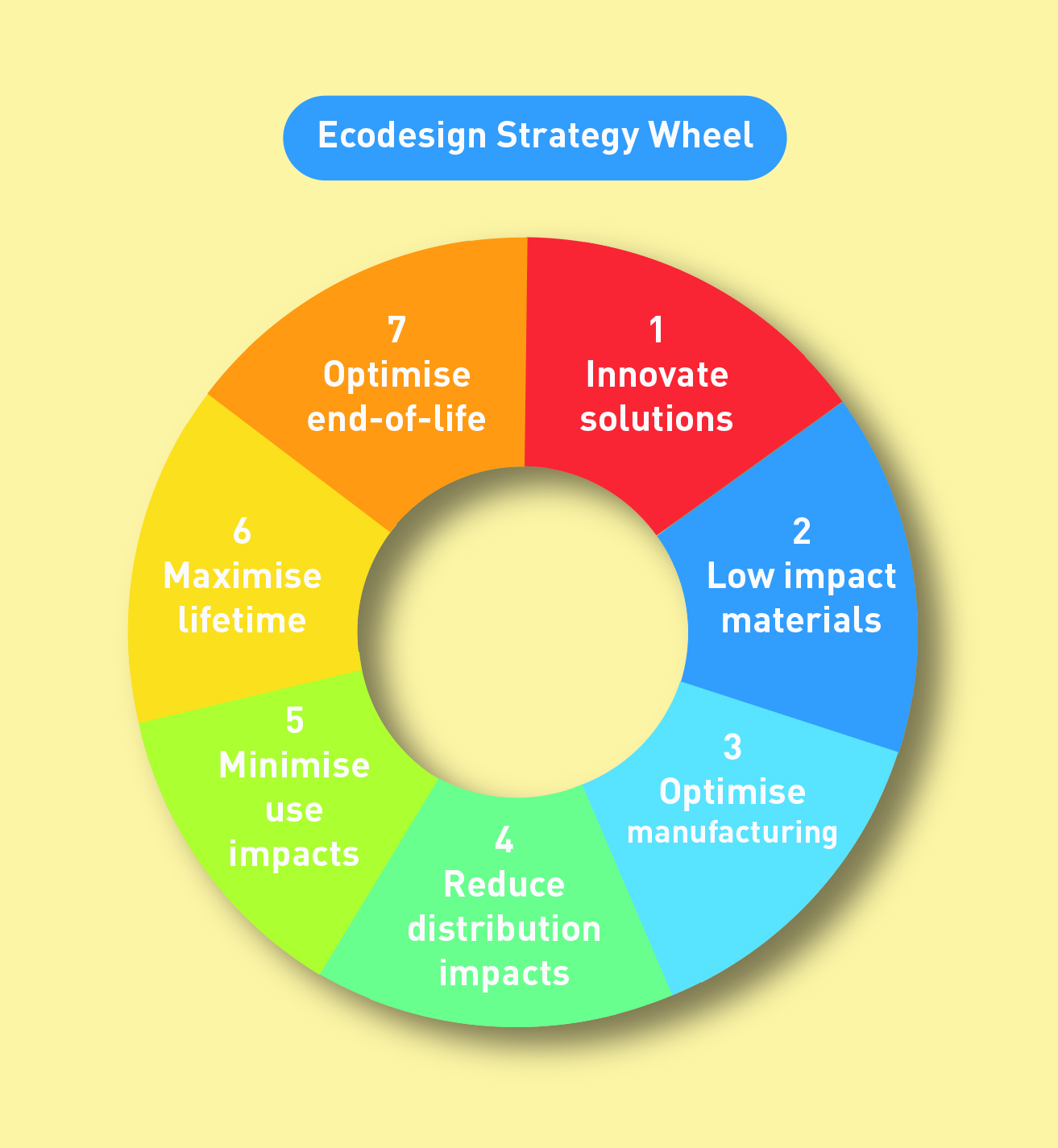 At Decathlon, we do things precisely! Our design teams established a rigorous framework to define our approach to ecodesign. The products concerned must meet at least one of these criteria:

On top of our ecodesign approach, we have started an environmental assessment of some of our products.

Environmental labelling provides the opportunity to compare the environmental impacts of several products in the same category. Today, you'll find a rating ranging from A to E on the products evaluated. This rating system, already used for household electrical goods, is now being rolled out on our products thanks to our teams' clever calculations!

Find out more about our ecodesign approach and our criteria.

Ecodesign is present all around us - in green energy heating systems, bamboo toothbrushes, and even edible coffee cups. It is also a key part of a company’s CSR strategy (Corporate Social Responsibility). In order to reduce their impact on the environment, many companies are implementing ecodesign approaches to offer greener products.

Ecodesign is present all around us - in green energy heating systems, bamboo toothbrushes, and even edible coffee cups. It is also a key part of a company’s CSR strategy (Corporate Social Responsibility). In order to reduce their impact on the environment, many companies are implementing ecodesign approaches to offer greener products.

Here are some ecological design examples:

There are specific regulations governing ecodesign that certify the sustainable products launched in the market. There are three certifications:

Businesses from all industries are bringing ecodesign to the forefront of what they do, creating products and providing services in a way that is less harmful to the environment. And individuals have followed suit by scrapping plastic water bottles in favour of reusable options and actively separating waste to recycle.

We all need to be mindful of using natural resources, and be aware of the effect our actions have on the environment. We have a responsibility to protect our planet, so we need to find and implement ways to meet our needs without endangering the world around us. Afterall, we only have one world. The least we can do is play our part in protecting it.