You would have heard of electric bikes, but how do they really differ from normal pedal bikes? And is an electric bike right for you? Read on to find out.

Electric bikes have arrived and they’re here to stay!

Also known as e-bikes, this fun mode of transport is extremely popular right now, and it’s easy to see why. Electric bikes have a lot going for them. Not only are they fast, but they’re good for the environment too.

We’re always being told about electric cars, but globally, electric bicycles vastly outsell electric cars. And in China, there are more electric bikes than cars on the road.

Europe is currently the second biggest electric bike market, and Germany leads the way with around 40% of all bikes sold being electric. This compares to only 5% in the UK, so it’s not surprising that most of us don’t know a lot about them.

So what exactly is an electric bike? And are they worth the investment? We’ll take a look at the pros and cons of electric bikes, and give you our pick of the top electric bikes so you can find one that’s right for you.

What is an electric bike and how does it differ from a normal bike?

With technological advancements such as in-tube batteries and smaller motors, most electric bikes look very similar to regular bikes nowadays. Electric bikes have the same wheels, handlebars and body geometry as regular pedal bikes. The mechanical elements also all function in the same way, including the pedals and brakes.

So how does an electric bike differ from a normal bike? In short, an electric bike is simply a pedal bicycle with the addition of an electrical drive system to give you some extra power. This system consists of a Motor, Sensor, Battery, Controls and Display.

Are there different types of electric bikes? 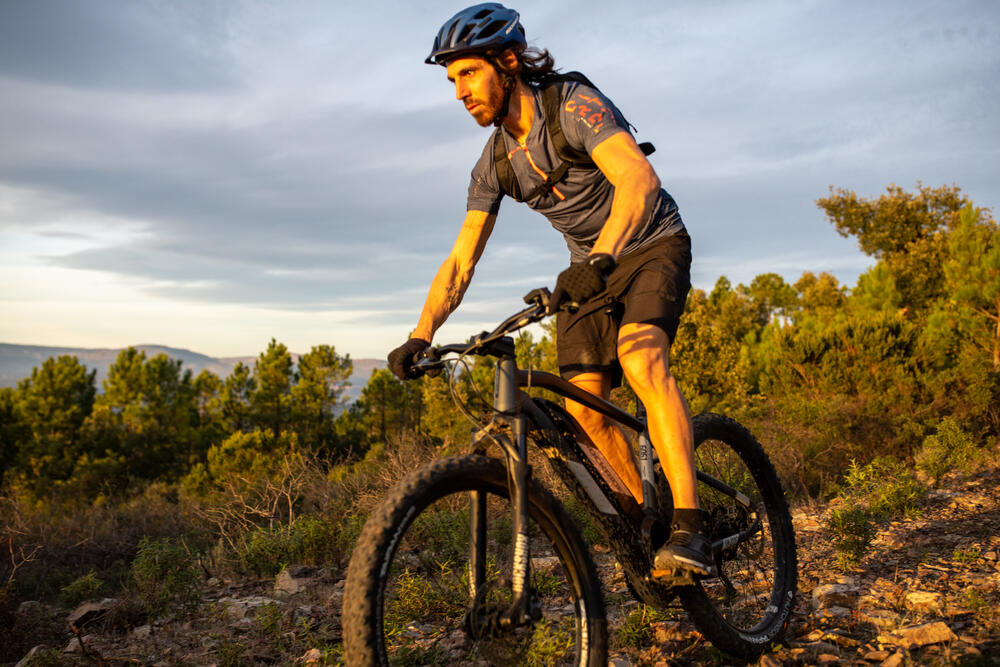 Most e-bikes are classed as pedal-assist, meaning the power kicks in when you pedal. Most pedal-assist systems can be adjusted for more or less assistance. Some bikes have a throttle which propels the bike forwards instead, and a few bikes feature a combination of the two.

The higher the power setting, the shorter the range. Some pedal-assist e-bikes will show a mileage range on the screen, and some adjust this range based on what power setting you select. In most settings, however, you can expect to be able to travel somewhere between 20 and 40 miles before you have to recharge the battery.

Most e-bike brands choose pedal-assist over throttle, as in many countries, throttle e-bikes are regulated differently. In the UK and Europe, a pedal-assist e-bike must have a motor with a maximum power of 250Wh. The motor must stop assisting when you get over 15.5mph, but of course you can pedal your bike as fast as you like under your own steam. A throttle is only allowed for speeds up to a walking pace.

In many EU countries, there is also a special class of e-bike known as a “speed pedelec”. These are designed to give assistance at up to 28mph before the motor shuts off, but they do have to conform to strict regulations and need to be registered with the DVLA. It’s important to know the differences between the types of e-bikes because laws and regulations vary from country to country - you don’t want to unintentionally be breaking the law!

So we’ve seen that electric bikes can look pretty similar to normal bikes, and in most cases you still need to pedal, just like with any other bike. But there are many advantages to choosing an electric bike over a regular bike. Here are some of them:

Though there are many advantages to choosing an electric bike over a normal bike, there are some disadvantages too. So, it’s important to take these factors into account when making your decision.

So as we can see, there are both advantages and disadvantages of choosing an electric bike over a normal pedal bike. The main advantage of an e-bike is of course the electric motor, which helps you pedal and makes it easier to ride - faster and over longer distances. The main disadvantage is the high price and the heavy weight.

Even though e-bikes can look similar to normal bikes, the assistance of a motor will add that bit of extra power, making things seem easier when you need it most. So who might benefit from the use of an e-bike? Here are some examples:

Read more about the different types of electric bikes, and discover what type of e-bike is right for you.

Our pick of the top electric bikes

At Decathlon you’ll find a range of e-bikes to choose from, at a variety of different price points. From folding city bikes to pedal-assisted mountain bikes, here’s our pick of the top electric bikes: 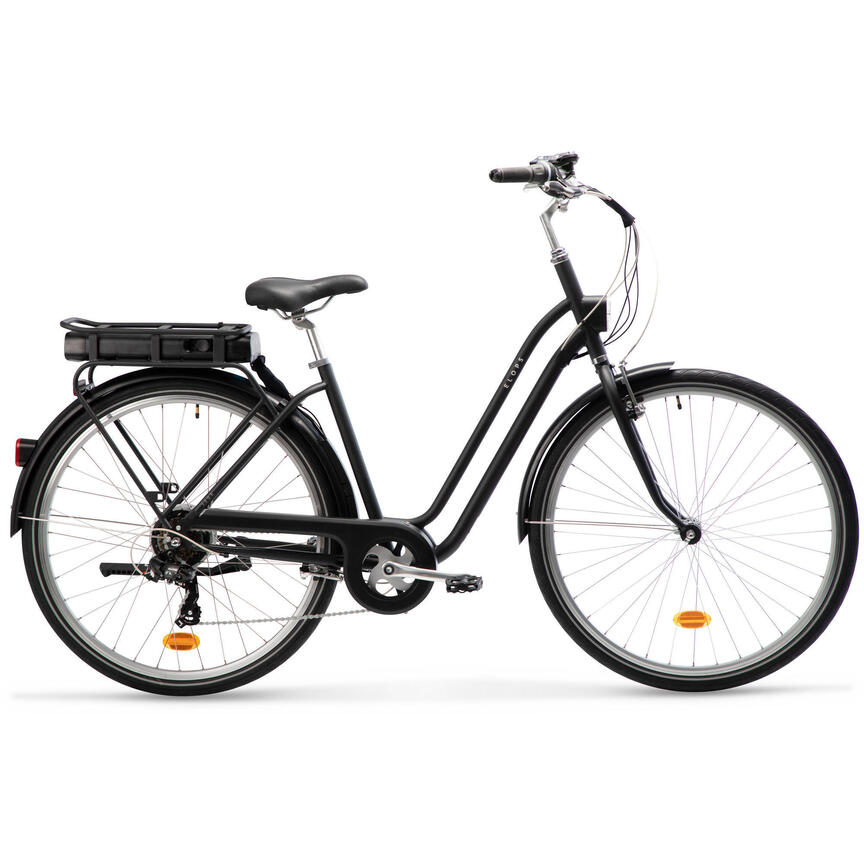 This fully-equipped electric bike comes with a pannier rack, mudguard and built-in lighting. It’s ideal for short urban rides, and encourages a straight back position on the bike to guarantee great comfort. This electrical assistance bike can run for up to 55km on a single charge—depending on the chosen power setting—and it will help you reach your destination more easily. 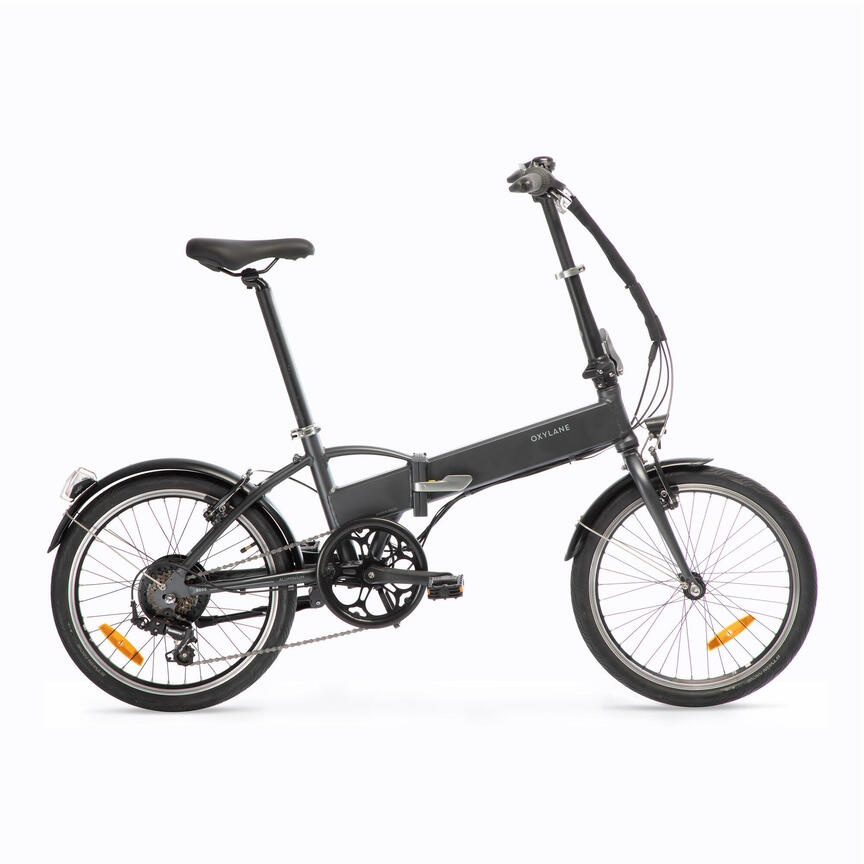 This practical folding bike folds three times, making it super easy to pack into your car, or take on public transport with you. You’ll benefit from assisted pedalling, making it ideal for weekday commutes and weekend rides of up to 35km. And it’s available in a variety of colours too!

This electric mountain bike is designed for MTB enthusiasts who like to ride on very rough and hilly terrain. It has a 250W motor with 70Nm torque, plus a 500Wh battery so you can enjoy even longer rides (around 3 hours at a sporty pace). The built-in motor will automatically assist you when needed, making tough climbs a breeze!

Is an electric bike right for me?

Choosing a bike is a totally personal choice, so only you can decide whether an electric bike or a normal pedal bike is right for you. There are lots of things to think about when choosing a new bike, but the most important question to ask yourself is what you want the bike for.

If you’re planning on using a bike for commuting or travelling long distances, an electric bike might make your journey easier. Or if you’re less fit or mobile than you used to be and struggle with steep hills, electric bikes will make cycling much more manageable. In short, electric bikes are perfect for those rides where you don’t want to exhaust yourself, or when you want to avoid feeling like a sweaty mess when you reach the office.

On the other hand, if you’re just looking for a bike you can get out on during the summer months to cycle around your local park, a regular bike may be a practical and cheaper alternative.

So, why not try out a normal bike and an electric bike in store to see which you prefer? At Decathlon, we make sport accessible to all, and we can help you choose the ideal electric bike to help you go faster and ride for longer.

Check out the full range of e-bikes available at Decathlon.