Without the correct grip on your forehand, you will not have a good shot. Discover more about the different types of grips that exist. 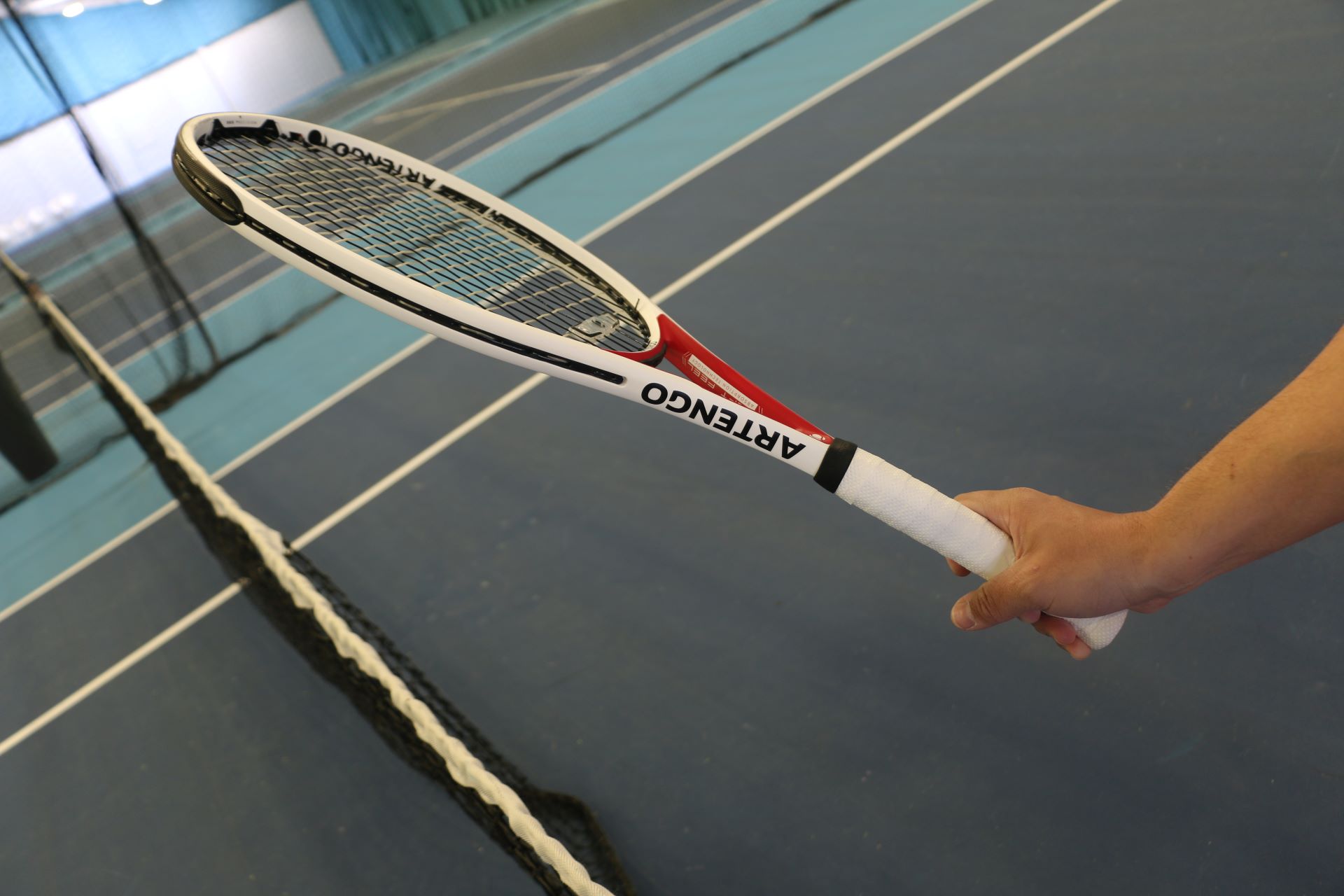 What is the best grip for a forehand?

There are several options for your forehand grip. For example, Roger Federer uses what is called an eastern grip while Nadal uses a full western grip. This comes down to personal preference but most recreational players who have good forehands use an eastern to semi-western grip. Below you’ll learn how to find the best Tennis forehand grip for you.

This is probably the most common Tennis forehand grip. Lots of pros use the eastern forehand grip. It allows for a good combination of power and spin on your forehand. To try the eastern grip, lay your dominant hand out with your palm facing up. Then, lay the racquet in your hand with the strings facing up. Close your hand around the grip, and you’ve got the eastern grip for your forehand. Your palm should be on the side of the grip when you are in ready position – strings facing to the side.

The Semi-Western grip is the next most common forehand grip in tennis. If you want to see a great version check out Andy Murray who has one of the best semi-western forehands in the biz. If you’re looking for more spin than an eastern grip, then this might be the best fit for you. How do you know you’re using a semi-western grip? Start with you’re palm on the right side of the grip, like you have an eastern grip. Then rotate your palm one-eighth of the way around the racquet, towards the bottom of the grip. We find it to be the go-to grip for beginner Tennis players still developing their groundstrokes.

Go out on the court and hit several forehands with each grip to see which one you prefer. Typically a more western grip will result in more topspin while an eastern grip will have more power and be a little flatter ball. We don’t recommend a continental grip or a full western for recreational tennis players. The continental grip doesn’t allow for a lot of topspin on your forehand, so you will struggle to make them consistently. A full western grip does allow for topspin but it does not usually have much power, and it is difficult to time the shot. You also want to make sure your grip doesn’t slip while you swing. The semi-western or eastern grip for most forehands and we expect it will feel most natural for you as well. Happy gripping!