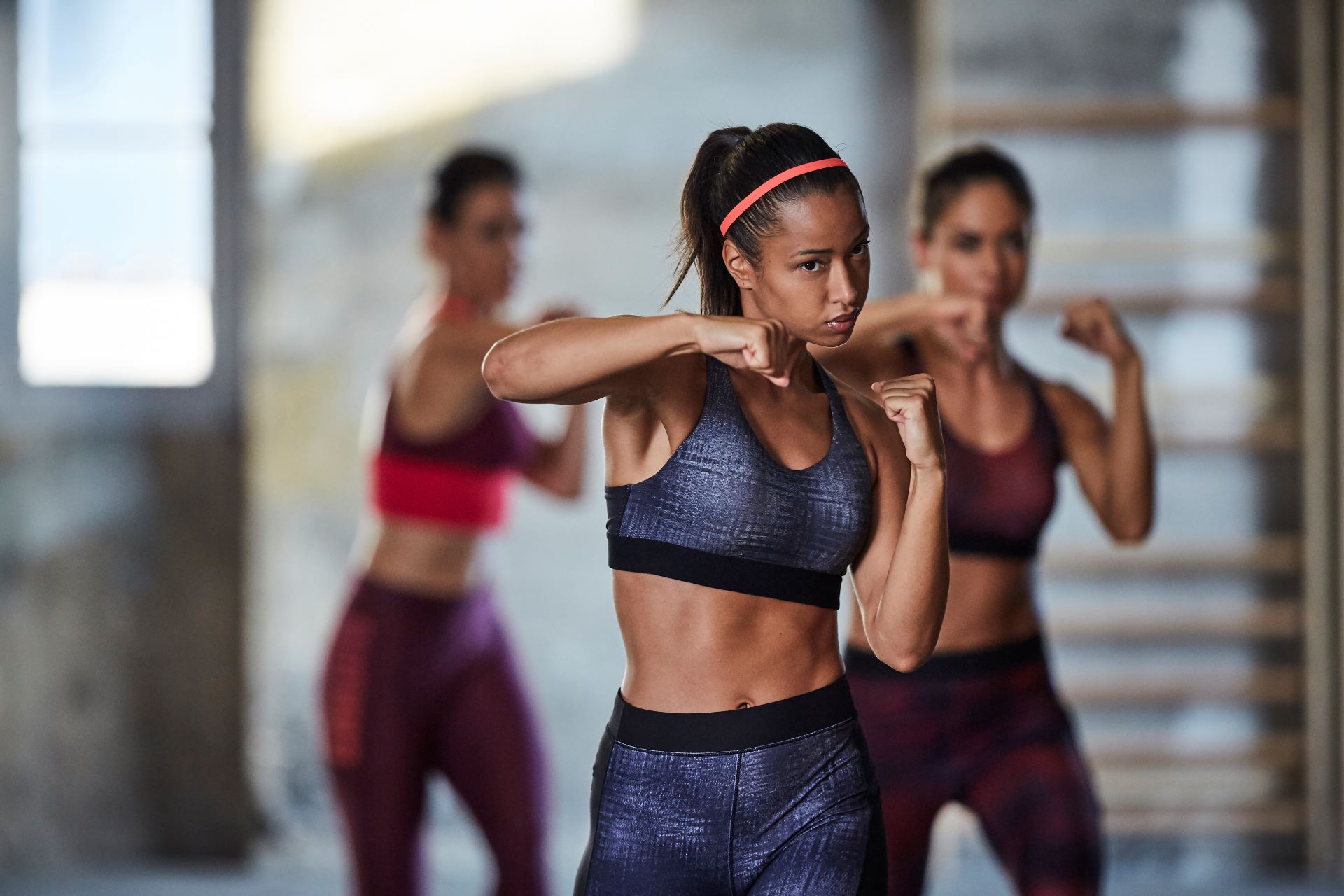 Let’s filter the fad from the fantastic and identify some of the top fitness trends that will help you get that beach body ready for the summer.

CrossFit has risen to popularity in recent years due to the unbelievable aesthetics of its top-level competitors, and even those that are involved at a lesser, non-competitive level. The sport, founded in 2000, brings together elements of various disciplines and training techniques that cross over various fitness philosophies.

The balance between heavy weights, lower resistance exercises and high intensity cardio activity seems to strike a balance in the body that brings fantastic results. It includes elements of Olympic weightlifting, calisthenics (bodyweight training), gymnastics, and strongman to name a few.

Pole dancing is fast becoming a fun way to exercise in a purely performance focussed environment, moving away from its naughtier origins in strip clubs. Taking elements of gymnastics and dance, pole dance fitness classes allow a team-based community focussing on cardio, strength and technique.

Combat sports are no longer the old-school boxing gyms where you’re going to be thrown into the ring with a top competitor to prove your worth (though this was never always the case either). Many leisure centres and gyms now hold family friendly group training classes where you can learn elements of martial arts whilst getting fit. This environment leaves you free of pressure to compete or even to engage in partial or full contact training.

Even top boxing, kickboxing and mixed martial arts (MMA) gyms will often hold fitness classes, or beginner’s sessions for those wanting to dip their toe in the water. The hardest part is getting yourself to the first session. Team up with a friend and take some of the pressure off.

Talking of martial arts, movement culture, founded by Ido Portal, is a staple in double MMA champion, Conor McGregor’s training routine. The philosophy of movement culture is to bring together natural movements of the body in a form of exercise and mental alignment that dips into elements of ‘health, aesthetics, performance and art’. Akin to CrossFit, movement culture brings together elements of gymnastics, calisthenics and dance among other functional training techniques.

Yoga is often passed off as something that is more about mindfulness and wellness over physical development. This is a fallacy; increasingly high-level athletes are turning to yoga to increase their balance, suppleness and longevity in their sports. Hot yoga has taken this to a new level.

MMA commentator and former American Tai Kwon Do champion, Joe Rogan, has recently spoken about the rewards of hot yoga. This is yoga performed in a heated room, usually between 33 and 40 degrees Celsius. The heat is argued to improve your flexibility and reduce the required warm up time. It’s certainly a tough one. This extreme takes on traditional yoga requires extra care. Keep optimally hydrated throughout and don’t feel embarrassed or afraid to leave the class early if it gets too much.

Popular documentary What The Health certainly has some holes in its anti-meat agenda, but what it gets right is the fact that humanity, as a species, are consuming far too many animal products. Regardless of your ethical standing on the issue, reducing your meat intake, and particularly eliminating processed products from your diet, is going to bring you a whole host of health benefits. This is true of all processed food products, not just meat.

Okinawa, a Japanese island where inhabitants have one of the highest instances of centenarians in the world (people living until 100 years old), eat an incredibly low amount of animal products. The older, and less commercially influenced recording of their diet (in 2000), detailed their consumption of less than half a serving of fish a day, and eating meat even less frequently. Just a little food for thought.

On the technological side of things, and again, something recently brought to attention by hot shot podcaster Joe Rogan, wearable heart rate monitors and calorie trackers allow precision progression recording alongside competition with friends.

The top end range of these gizmos track steps, monitor heart rate, assess sleep quality and measure calorie intake. These measurements are then analysed alongside your weight, age and body measurements to give you detailed information regarding your overall health and your progress since strapping on your artificial personal trainer. This isn’t just a fitness aid, but a holistic measurement of your overall health.

Each to Their Own

As with sports motivation techniques, everyone will have something that works best for them. Some prefer to train alone, some prefer companionship or competition, some will like a mix of the three. Although we are ever flooded with more options for putting on weight, and takeaways delivered at the tap of our phone screens, we also have more and more opportunities to engage in sports, tidy up our diet or gain access to professionally and scientifically backed training routines. Choose something that is realistic, and fits with your working and social routines.