How to Become a Hockey Umpire?

We need to have hockey umpires in the game! Our UK Hockey Leader Simon Webb is a Level 2 umpire & here he shares his thoughts. 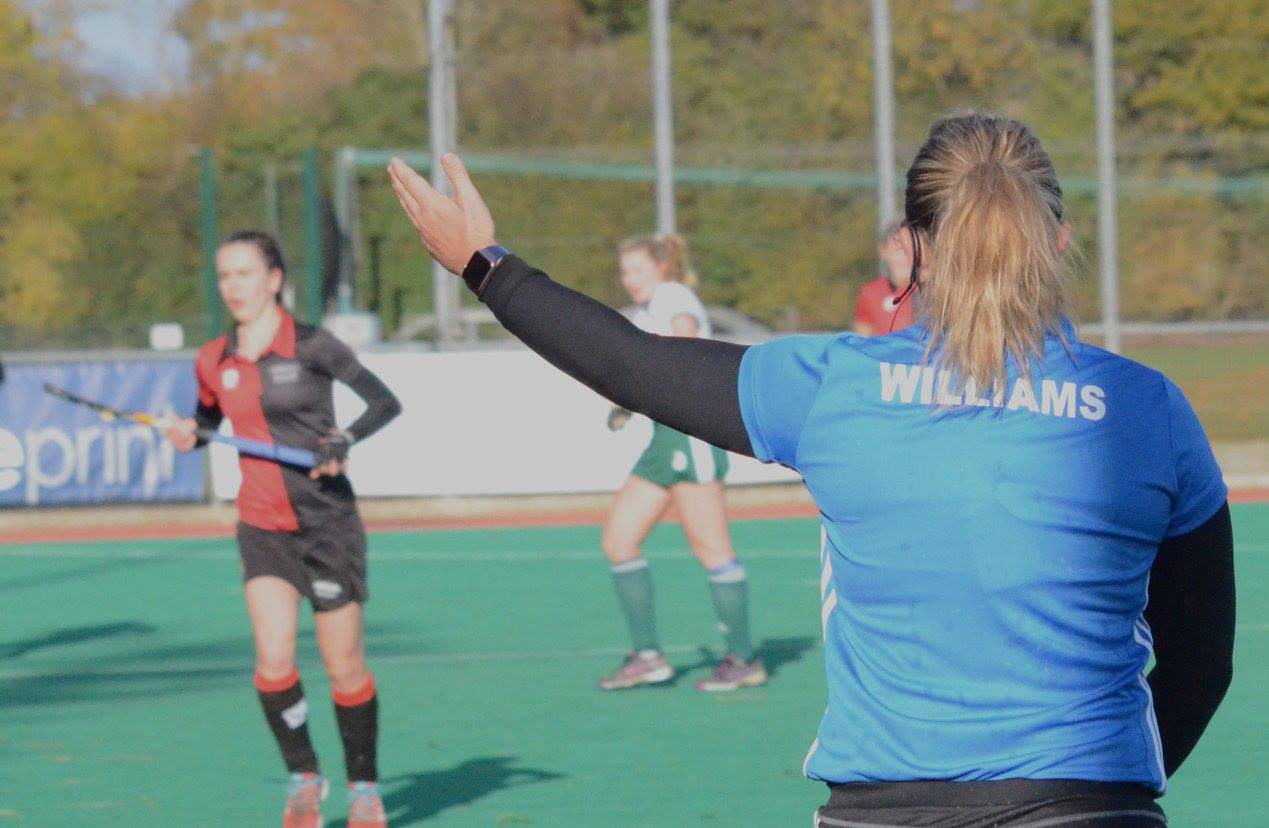 The saying goes, “without an umpire there is no game”. It’s said as a way to deter people from being negative toward umpires. But too often umpiring is seen as something you do because you need to help out, not because you want to umpire.

With that in mind I am writing from the heart, as someone who has umpired for more than 16 years at various levels.

I started my umpiring journey at my school boy club Ely City. My first game was the ladies 1st XI. It was far too high a standard for me and early on I was making mistakes and not handling the pressure. Less than half way through the game my watch stopped working which just added to the embarrassment. At times I found some of the players intimidating but afterwards they were complementary and supportive, so perhaps it wasn't a total disaster!

Despite all the drama and blushing as I fumbled through the game I actually enjoyed it.

I got to see some good hockey up close and help my friends enjoy the game. I took this lesson forward and umpired the ladies matches when I was at Sixth Form in Cambridge. It meant I was now umpiring a few girls who were playing national league, again learning, plus I ended up getting my first girlfriend out of it! When I was injured I would umpire the boys team as I could not play.

At this point my teacher and head of hockey, Miss Hemming, encouraged me to take my umpiring more seriously, saying I could go far with it.

When I went to the University of Southampton I found the journey a bit frustrating at times, in terms of securing coaching and support, however again I was umpiring a lot of good players - many of whom went on to play national league post graduation, or they were already playing national league for their weekend club team.

Having left university I joined Cambridge City HC where I focussed on my coaching primarily, moving up the ranks but still doing umpiring as and when I could. I was then encouraged by Tim, an active member of my club to try and move forward, so I did more and more games and earned my Level 2. I also umpired the mens and ladies 1st XI in preseason fixtures for national league pretty much every year.

By my estimation I have now done about 420 games while maintaining a playing and coaching career. For a variety of reasons I haven’t taken it as far as I could, but I have thoroughly enjoyed it and still do to this day. Just days ago I umpired current Great Britain player Grace Balsdon and a number of retired, and future internationals.

The main things I’ve taken away from umpiring so far are:

My next umpiring commitment is a pre-season friendly between Cambridge City and Leicester. I’m looking forward to it because there will be a variety of former Olympic and international athletes in the game, a collection of kids who are clearly going to make it to that level themselves, but most importantly because I have friends in both teams and I get to help them enjoy the game and learn from their performance.

It is easy to take up umpiring. Most clubs are willing to fund you through the course and increasingly there is good work from the national governing bodies to improve accessibility and role models. Find an umpiring course via England Hockey, Welsh Hockey or Scottish Hockey now!

Simon is the Decathlon UK Hockey Leader and a Level 2 hockey umpire. He has supported his club for over ten years, regularly umpiring national league friendlies and supporting other umpires in developing their game.