Freewheel vs Cassette: How to Choose The Best For Your Bike

Feel like you aren’t riding right? We give you the lowdown on what system works best for your cycling style. 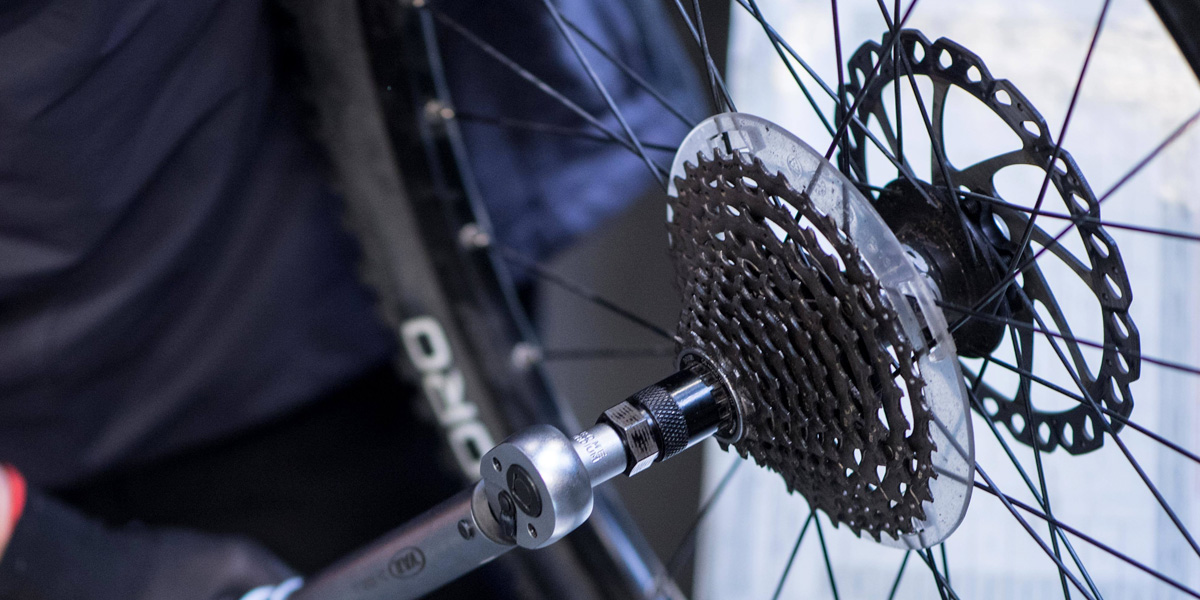 Let's start with defining cassettes and freewheels. At the back of the bike, multiple sprockets attach to the back wheel, known as ‘rear cogs’. These provide numerous gear options to the riders. Over the history of the bicycle, the number of sprockets has grown. Before World War II, the number was 3-4, from the 1950s to 1970s this increased up to five, and we now usually see anything from eight to twelve sprockets on modern-day bikes. As more were added, the space between sprockets narrowed. They are attached using two different mechanisms - the Cassette, and the Freewheel. Although they look very similar and have the same function when fitted, they operate differently and are not interchangeable. But what are they? How do they differ? How do you attach them? Most importantly, what is the best system for your ride?

Freewheel or Cassette: What’s the Difference?

A freewheel which is also known as a block, consists of either a single sprocket or a set of sprockets mounted on a body which will contain an internal ratcheting mechanism and mount on a threaded hub. It screws directly onto the rear wheel of your bike and the mechanism that locks when you pedal forwards - forcing the wheel to be driven by the train. When you’re simply cruising along i.e. not pedalling, or going backwards, it spins freely.

A cassette is the modern alternative and has quickly overtaken the freewheel. Cassettes have a series of straight splines that form the mechanical connection between the sprockets and the cassette-compatible hub, which is called a freehub and contains the ratcheting mechanism. The entire cassette is held on the hub by way of a threaded lockring. Some cassette systems from the end of the 1980s and the start of the 1990s used a threaded small sprocket to hold on to the larger splined sprockets. Cassettes resemble freewheels when installed, but are very different when removed as they don’t contain a freewheel's internal ratcheting mechanism.

Whether you opt for a freewheel or cassette depends on which rear wheel is fitted to your bike with most modern or mid to high-range bikes fitted with cassette-ready wheels. You can find out what your bike is compatible with when you purchase, inspect or ask one of our technicians about your bike. Let’s take a look at each one.

To make the right choice, you need to know the difference between a freewheel and a cassette, so let’s take a look and compare.

The freewheel is a block of cogs that screws directly onto threads on the rear wheel. There is no need for it to be mounted onto a hub. It typically comes with anywhere between 1 to 7 cogs, and it is rare to find a freewheel on a modern bike. You do however find them on some new single-speed bikes. A freewheel that comes with 1 cog can also come fixed, meaning that you always have to be pedalling unless the bike is stationary.

The freewheel is as described above, a block of cogs that the chain sits on directly that drives the wheel. The ratchet system is built into the block meaning the wheel can just have a set of threads the block screws onto.

However, a freehub has no cogs, it is the hub on the rear wheel that the cassette sprockets slide onto. This is the part that has a ratchet system inside that locks when the cassette is driven by the chain causing the wheel to spin.

Since their introduction in the late 1970s, cassettes have been used on a number of bicycles, starting at the high-end and over time, have also become available on less expensive bikes. Today the vast majority of derailleur bicycles use this newer design. On a cassette, the cogs slot one by one onto the cassette body. They are then held in place with a locking nut. They can range from 7 cogs all the way up to 12 speeds on high-range bikes. Generally, these come fitted on mid to high-range bikes allowing the rider to have more flexibility over the terrain and giving them more options for speeds.

Usually a 11,12 or 13 tooth small sprocket and 21 and 32 teeth large sprocket. This is because a road bike is required to make smaller jumps between gears than a more robust model like a mountain bike. The majority come with a 12 to 25 cassette which is paired with a compact or standard chainset for most flat cycling terrains. If the bike is being used for hill climbing or you struggle with inclines, a lower ratio largest sprocket (27 or more teeth) will be better for spinning, rather than grinding. When choosing, make sure you know what kind of sprockets your derailleur can handle. A longer cage rear derailleur requires larger sprockets as more chains will be needed to go around the greater amount of teeth. A small derailleur with a large sprocket runs the risk of overstretching and may also lead to slackness.

Due to the wide variety of terrains and gradients tackled with off-road riding, these require a large range of sprocket sizes. The development of the 11,12 and now 13- speed cassettes were pivotal for mountain bikes. More sprockets mean that the biggest gears have more teeth, which in turn makes better gears for touch climbs and reduces the gap between each gear. This means that mountain bikes no longer need the triple chainset to minimise clutter, weight and mechanical issues.

A freewheel has a lower number of gears and so is better suited for casual riders who don’t require a larger selection of gears available from a cassette. It offers better coasting, allowing you to rest your legs, and if done correctly, can be useful when climbing hills and easier coming down. At the same time, because of the option to coast, the freewheel is not as good when wanting to get a workout from a bike ride. They can also lead you to lose your pedal stroke, which can mean that you lose pace on flat terrain. Cassettes are made up of individual pieces meaning they are less bulky, thus allowing them to be a lower weight than a freewheel. There are more tools required to change a cassette, however, a freewheel that has been on a bike for a while can seize and be very difficult to remove, whereas a cassette does not have this issue. A cassette is the better option if you find yourself riding on a variety of terrains and at varying speeds.

Identifying a Freewheel or Cassette

To identify which type you have on your bike you will need to start by removing the rear wheel from the bike. Then spin the cogs backwards by hand, if everything apart from the axle moves, then it is a cassette. If part of the block is stationary when the cogs move, then it is a freewheel. 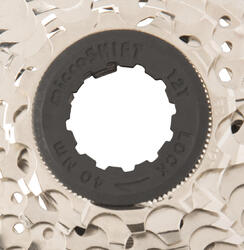 Can I swap my Cog System?

What tools are required to replace a worn Cog System? 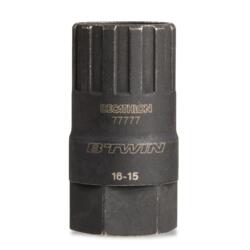 To change a cassette you will need a chain whip, cassette remover and an adjustable spanner. When changing a cassette, make sure that all the cogs or sprockets are fitted in the correct order (biggest to smallest). 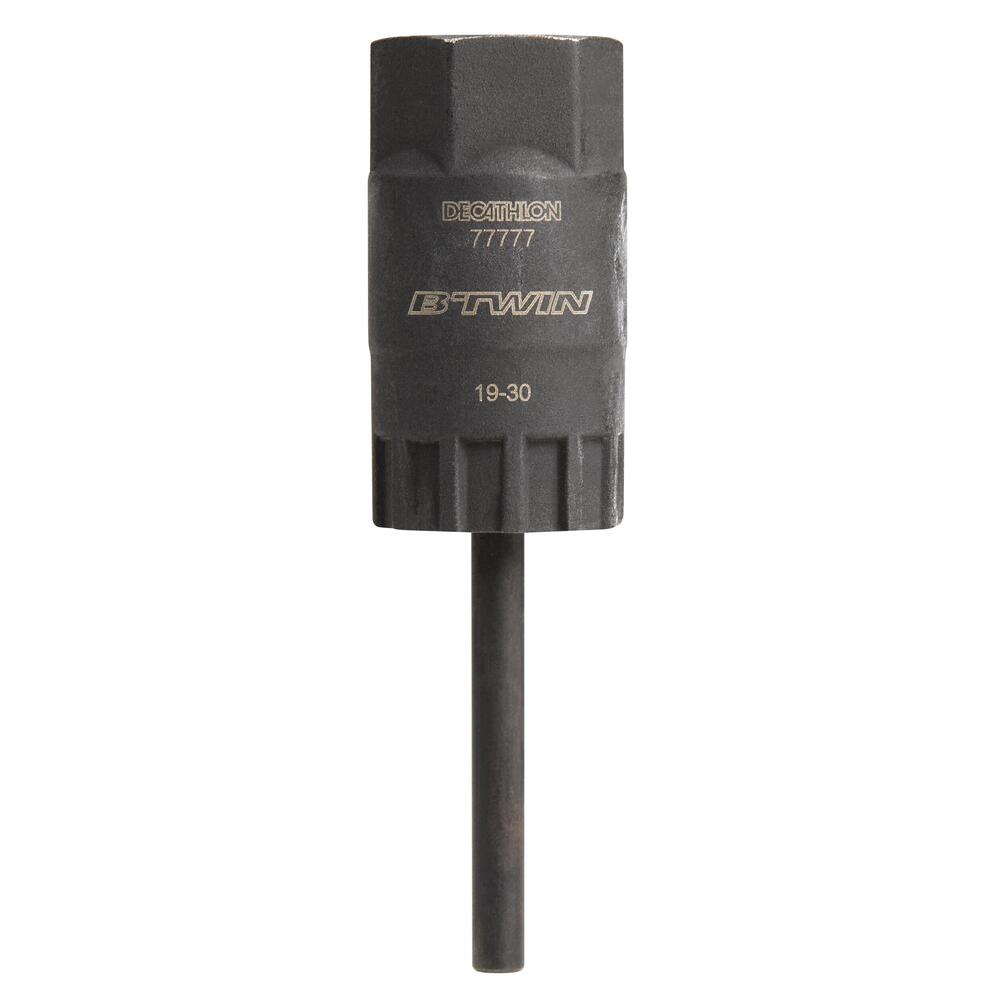 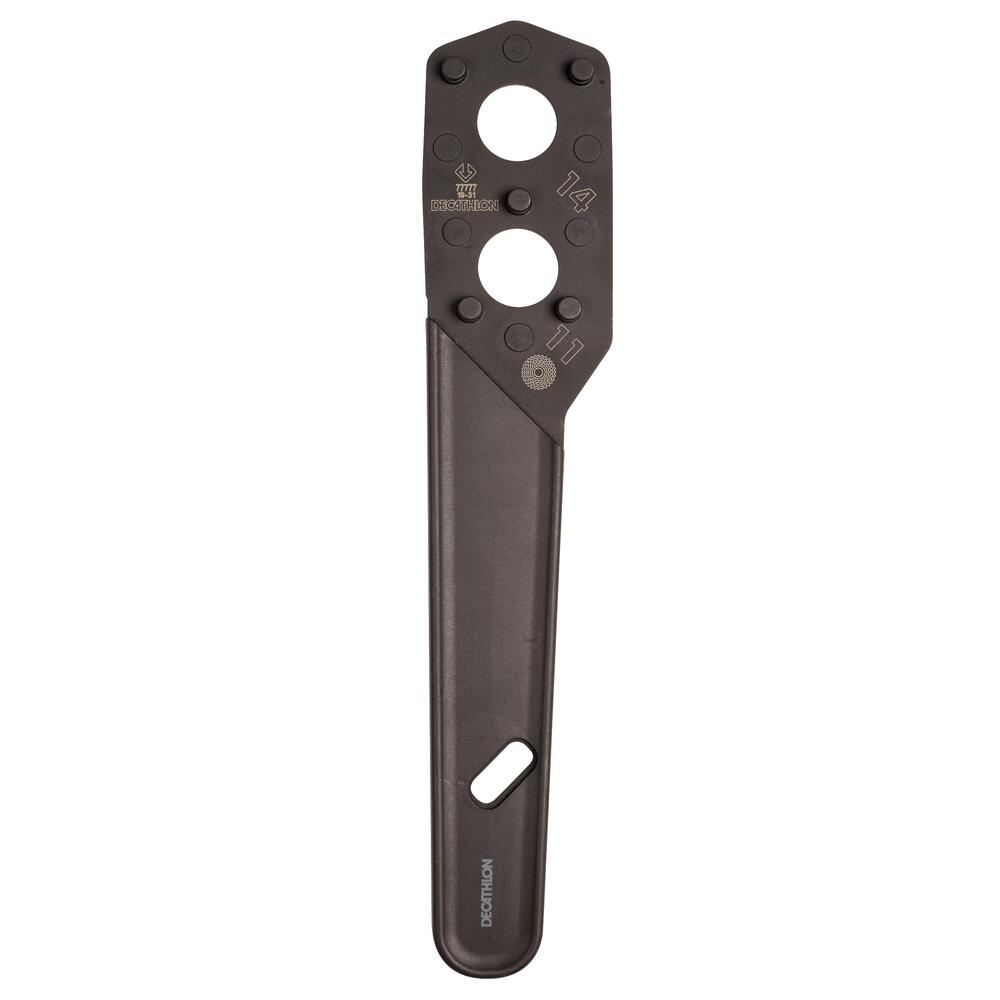 Remember to degrease, clean and lubricate your drivetrain regularly to keep everything running smoothly and increase its lifespan.

When you change the cassette or freewheel, make sure you also replace the chain - if you use new cogs with a worn chain, it will jump around and won't hook on properly. The opposite (changing a cassette when you replace the chain) depends on the wear on the cogs. We recommend a chain wear indicator to know when it’s time for a replacement. 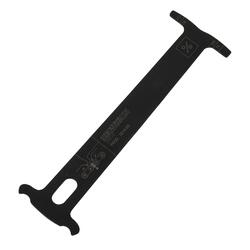 If you want to be on the safe side, always change both at the same time