How to Smash a Badminton Smash?

The Badminton smash is a very important shot in Badminton and once you master it your game will improve significantly. 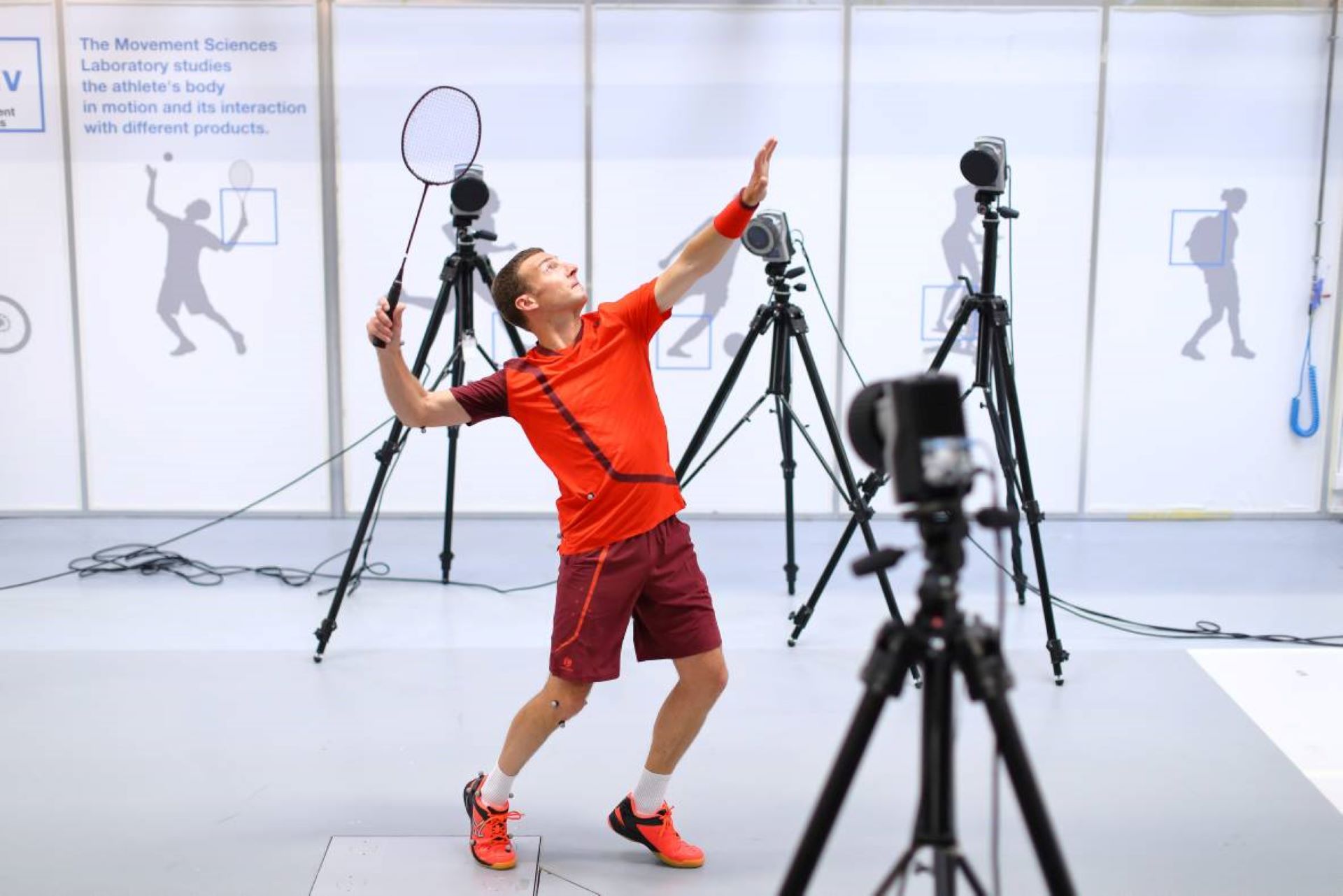 Many of us would have caught badminton replays of Olympians on TV, jumping in slow motion with their racquet arm recoiled. In a split second, the shuttlecock pierces through the air downwards to the opponent’s ground, signifying a point scored. That shot there, is called a smash and when executed with power and speed it is one of the most difficult plays to return and almost always counted on to score a point for the person doing the smashing. Unlike a net kill, a badminton smash requires a great deal of power and is a move which can easily kill of the rally and win you points. Like most badminton shots, a smash can be performed with both the forehand and backhand. Which is why mastering both grips is really important!

How to execute a forehand smash

Adopt a forehand grip, check this site for examples of this grip if you’re unsure. Stand sideways with your non-racquet side facing the net. Shift your weight to the back foot, bend your elbow, lock your wrist and prepare to swing forward. Make contact with your shuttle at the highest point possible and swing your arm forward with force, straightening your elbow as you hit the shuttle. Jerk your wrist downwards when the racquet is in contact with the shuttle, to give the shuttle more power to angle it downwards towards your opponent’s court. Do a follow through and you’re done or more likely they are!

To perform a backhand smash

Adopt a backhand grip, as before see other posts on this site about the grip. Have your back face the net. Shift your weight to your racquet foot, and lift your arm with your forearm being parallel to the floor. Keep the racquet arm close to your body and hold it pointing down. As with the forehand smash, hit the shuttle at the highest point of contact and flick down your wrist to generate more power. With a backhand smash, a follow through is not needed Apart from these two popular smashes, there is the “Around the Head Smash”. This is played at the non-racquet side of your body and it is very similar to the forehand overhead smash except for a few minor adjustments.

Forehand around the head smash

Other tips for your smash

To add more power and a steeper angle to a smash, players often use a jumping motion followed by a smash. This move is simply called a jump smash. However, this is far more advanced so beginners are encouraged to master the technique of a basic smash first. The wrist plays an important part in deception regardless of what shot you are planning to execute, even in smashes. Always keep your opponents guessing with deceptive shots, so the direction of your shots will not be easy to predict. This would ultimately help you get an edge over your opponents. Badminton is as much a mental game as it is a physical one. So keep practicing and you’ll have the fastest smash in the club.