Is My Child Ready to Ride a Kick Scooter?

It can be tricky to get the balance right when deciding when to allow your child to begin riding a kick scooter. Here is some advice that may help you. 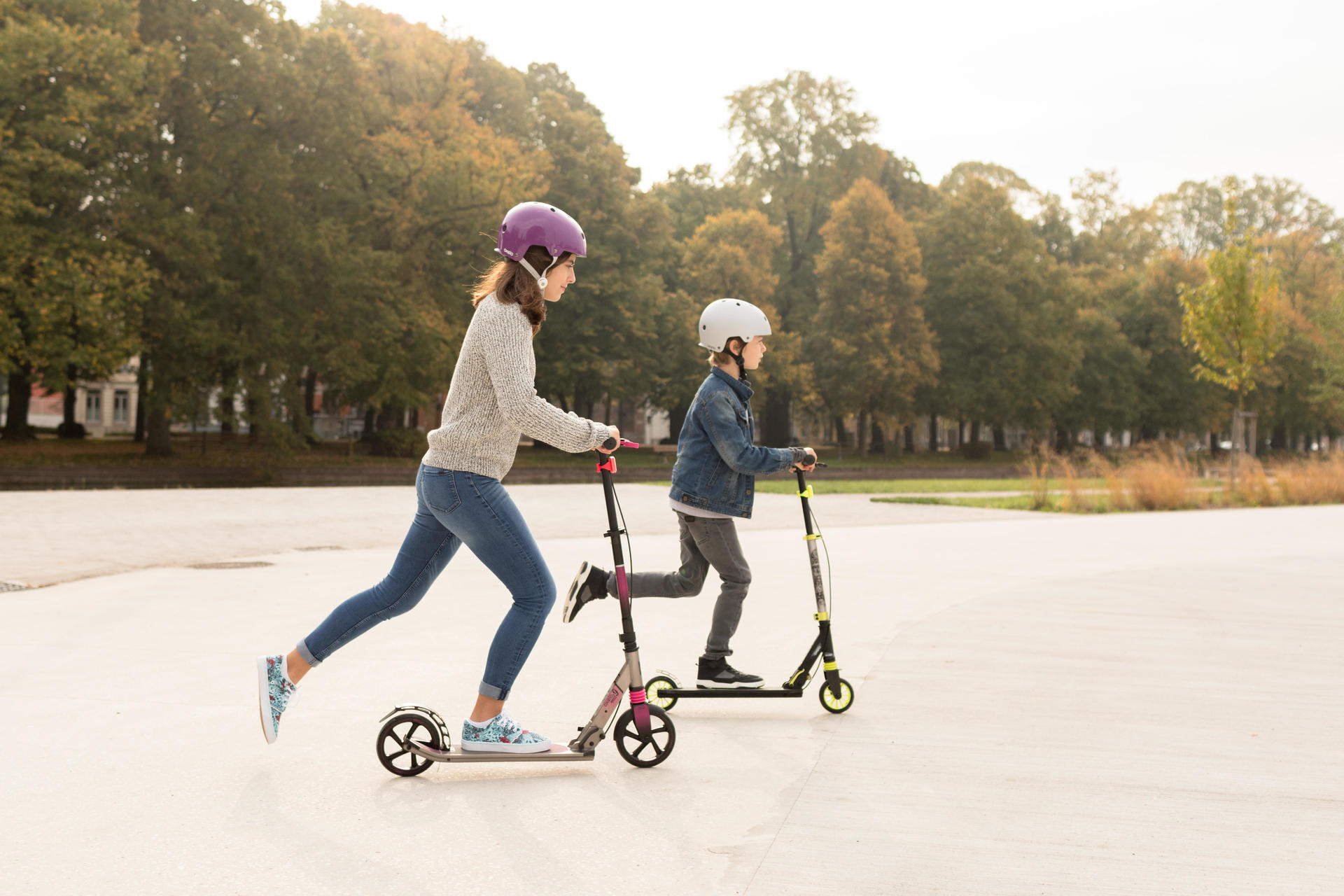 Picking out an adult kick scooter may feel like a simple enough task – after all, if you’ve ridden a bike before, you largely know how to ride a scooter already. It might just be a question of deciding on your favourite brand, design and colour.
It can be much harder to determine which kick scooter is the best for your child, though. After all, you might be unsure whether they’re even yet ready to ride one at all.
So, here are some questions to ask yourself.
Why are you buying your kid a kick scooter, anyway?

There are a lot of great reasons to look at kick push scooters for your child. You might want to help your child to become more confident and to develop their motor skills. Or perhaps you’re eager to get them to start riding bicycles, and you reckon a scooter could be a great ‘intermediate’ step?

Alternatively, of course, it might just seem to you that a kick scooter could help your child to bolster their physical activity levels and stay fit.

Whatever – the purposes that you have in mind for your child’s kick scooter will help you to assess whether they are yet ready to take on the challenge.

Is your child old enough?

There isn’t a single definitive age at which a child can be judged to be ‘ready’ to start scooting, because children vary in their motor skills regardless of age.

As a rule of thumb, though, if your child can walk with a steady gait, they will be able to ride a kick scooter. This places the typical ‘age of readiness’ at about two or three years old.

If that sounds a little young at first glance, bear in mind that many children can begin ice skating or inline-skating from about five years or younger – a task that requires much more motor skill than riding a kick scooter.

What is your child’s level of physical ability?

You might imagine that your child’s physical size will greatly influence how ready they are to start scooting. In truth, though, it’s all about physical ability rather than age or size. Nonetheless, it does probably make sense to choose an easier-to-handle kick scooter for a smaller child.

Which type of kick push scooter are you thinking of buying?

In many ways, the big question isn’t whether your child is ready to start using a kick scooter – it’s whether they are capable of using a specific type or model of kick scooter effectively.

There can be big differences between two-wheel and three-wheel scooters, for example. Two-wheel scooters are obviously more akin to bicycles, in that they require a certain level of balancing skill and to keep moving at a certain minimum speed to stay balanced.

Large-wheeled scooters, meanwhile, have a greater bulk and require greater handling effort, which causes children using them to ride in a more cautious manner. However, it does also take them longer to brake and stop.

It’s not as easy a question to answer as you might think...

There’s a lot to consider when you’re attempting to determine whether your child is prepared to begin kick scooting. If at all possible, you should get your kid to test out different types of scooters, and watch them as they do so.

The right balances must be struck between challenge, risk and safety when you’re looking to buy a scooter for your child. But don’t take it all too seriously – after all, there are plenty of renowned kick scooter manufacturers that will help to ensure you select the perfect model for you and your child’s needs.