Charles and his PBP | When the Dream Becomes Reality

Published by MikeMc from Decathlon 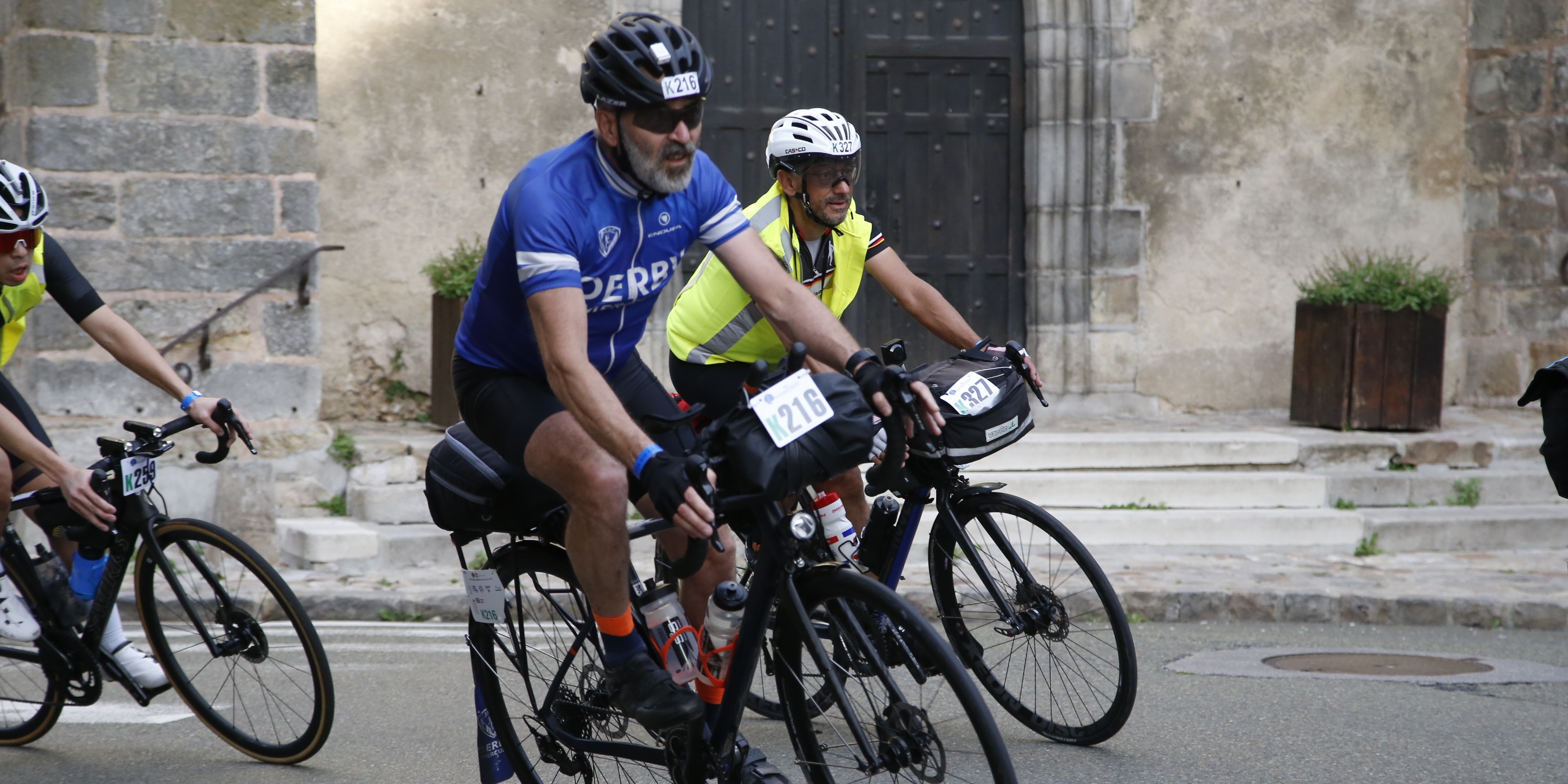 Paris Brest Paris is the oldest and one of the most mythical cycling event in the world. Founded in 1891 as a race, it’s now a self-supported randonnée: randonneurs ride for fun and for the challenge of a 1200 km road. Charles Price, one of our teammates in our Giltbrook store, rode the Paris Brest Paris 2019 on a Triban RC520. Discover the spirit of the PBP through his incredible story.
WHEN THE DREAM BECOMES REALITY

I first rode a full series of audax events over 20 years ago before my eldest daughter was born. I knew of PBP then, the original and most famous event and wondered if I would ever have the opportunity to ride it. The commitments of a young family meant I was unable to spend as much time on long rides and the idea was forgotten.

Last year some club mates were discussing pre qualifiers for this year's event and I wondered if this could be my chance. I thought I would enter the shorter events and see how they went. I loved it! the different scenery and company brought back my love of cycling which had become a bit stale at the time ; and before I knew it something that had been just a dream became a reality.

There were 10 riders from my club entered although we didn't all have the same start time. We got the ferry to Caen then rode to Evreux with some others for a stop over, then on to St Quentin where we had reserved a hotel before the start was moved to Rambouillet 30 k away. It was good to get some practice in before the event as this was my first time riding in France. The way we were treated by drivers was a revelation after British roads. I started with 4 others and we stayed together until the first stop. We got split up several times on the ride with different paces and rythymn of sleep but often met at controls as well. At the start I was stood next to someone with a Van Rysel 900 CF so of course I introduced myself, his name was Lucca and he works for Decathlon in Italy. He passed me later in the ride having had a lot more sleep than me.

For a lot of the ride I rode with Ann from China, it was fascinating to meet people with such a different backgrounds but a common interest. There were so many helpful people on the route, of course the helpers at the controls, but also locals who put tables outside their houses giving out water or even coffee and pancakes to riders.

The event itself is an incredible experience, a huge festival of cycling with participants from all over the world and amazing support from the locals. From the start the pace is ferocious with everyone fresh and excited it's tempting to hang on to faster wheels getting pulled along at a much higher speed than seems sensible given the distance to go. With my start time of 18.30 it's not too long until dark and an amazing sight of hundreds of lights snaking ahead up the road. It takes a lot of concentration to stay safe with so many on the road and it's a relief as the night wears on and the riders gradually thin out. The next day was hard with a tough headwind, I was really happy to have the tri bars giving an aero advantage as well as resting my hands. I was also surprised at the amount of climbing, I expected it to be rolling but the overall climb was more than the height of Everest! 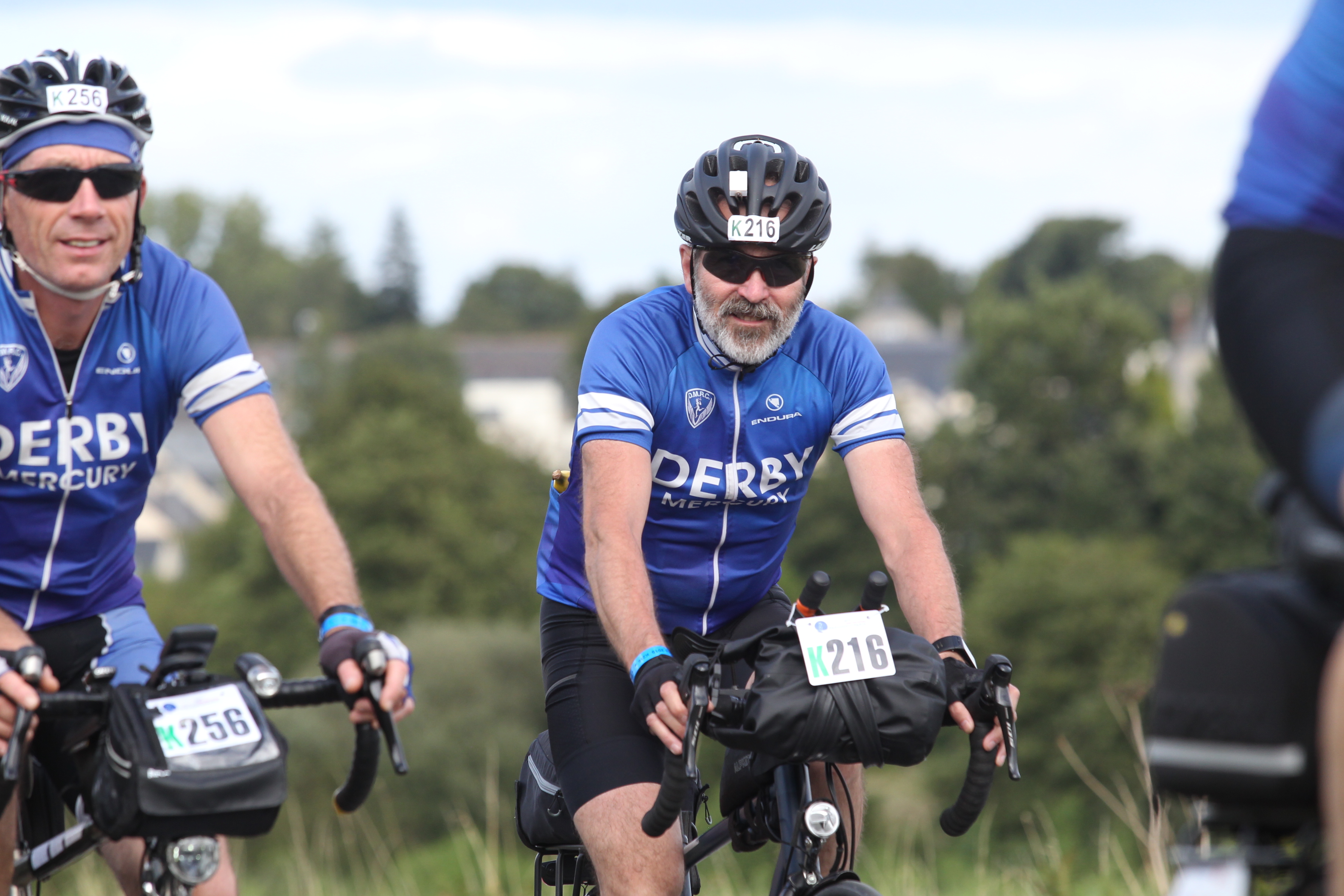 The way that the controls were timed meant we had less time on the way out. Although I'd been passing a lot of riders I still didn't think I'd got much time in hand and tried to press on with as little sleep as possible. From previous rides through the night I've found that short cat naps can be amazingly revitalising. I made a decision before I started that if I was ever thinking I was too tired to ride I would stop and took a survival bag incase it was cold. This led to me being separated from my clubmates several times when I stopped either on some grass or a couple of times in very comfortable bus shelters. I had thought I would have more time for proper sleeps but the headwind, hills and time wasted at controls meant I had less than expected.

On the second night Lucca caught me up and had a chat. He told me he'd had 6 hours sleep, I'd had a couple of short naps. It was very easy to waste time at controls without getting any sleep.

By now I was mentally exhausted. I had a lightweight Quechua bag to take into controls with everything I needed ( bottles to fill, hydration tablets, toothbrush, brevet card, money etc). I got to the control to get my card stamped, looked in my bag and it wasn't there! PANIC! I went out to my bike to check my bag, nothing. I went back and said I must have left it at the last control, what could I do? Was my ride over? I received a classic Gaelic shrug, he got a form, stamped it and gave it me. I carried on into the night, this was the low point of my ride, I was cold tired and unsure if my ride would even be validated. I came across another stall giving away coffee and pancakes and saw they had a mattress and blanket on the floor, they kindly let me sleep for a few minutes and I felt I could continue.

The second control after losing my card I took off my yellow vest (obligatory at night) and there was my card hanging round my neck… I was sure I'd never put it round my neck but kept it in my bag... By the third night I had met up with some of my clubmates again and had 3 hours sleep at a control, in a hall on a mattress with a blanket, I felt fantastic! All was not plain sailing though, the wind seemed to have changed to still be against us and it was still 'rolling' (hilly). We all met at the last control to ride to the finish on Thursday morning, it was an amazing atmosphere and sense of achievement, with a hint of regret that it was now all over… Until next time !

When I came back to audax I didn't have a specific bike for it. I used my cyclo-cross bike with mudguards and road tyres or my road bike if the forecast was good. The Triban RC bikes are ideal for audax and came out at just the right time for me as PBP was becoming a realistic proposition.

I put on full mudguards to cope with the British weather, a rear carrier for luggage and a dynamo front hub for lighting and charging. After problems with numb tingling hands on my cross bike I wrapped gel tape over my original bar tape. I learned that Tri bars were to be allowed if they don't project in front of the brakes and thought these would also help. The aptonia bars are ideal because of the wide range of possible adjustment and I raised the pads with some longer bolts. The gearing was higher than I needed so I used a 46t large chainring, I'll probably fit a sub compact now they're more available. After using Continental GP4000s2 28mm for all the qualifiers I was getting a few punctures and switched to Michelin Krylion2 endurance for the event.