Open water swimming can be immensely rewarding, but it doesn’t come without risk. In this post we list some advice to ensure you stay safe in the open water. 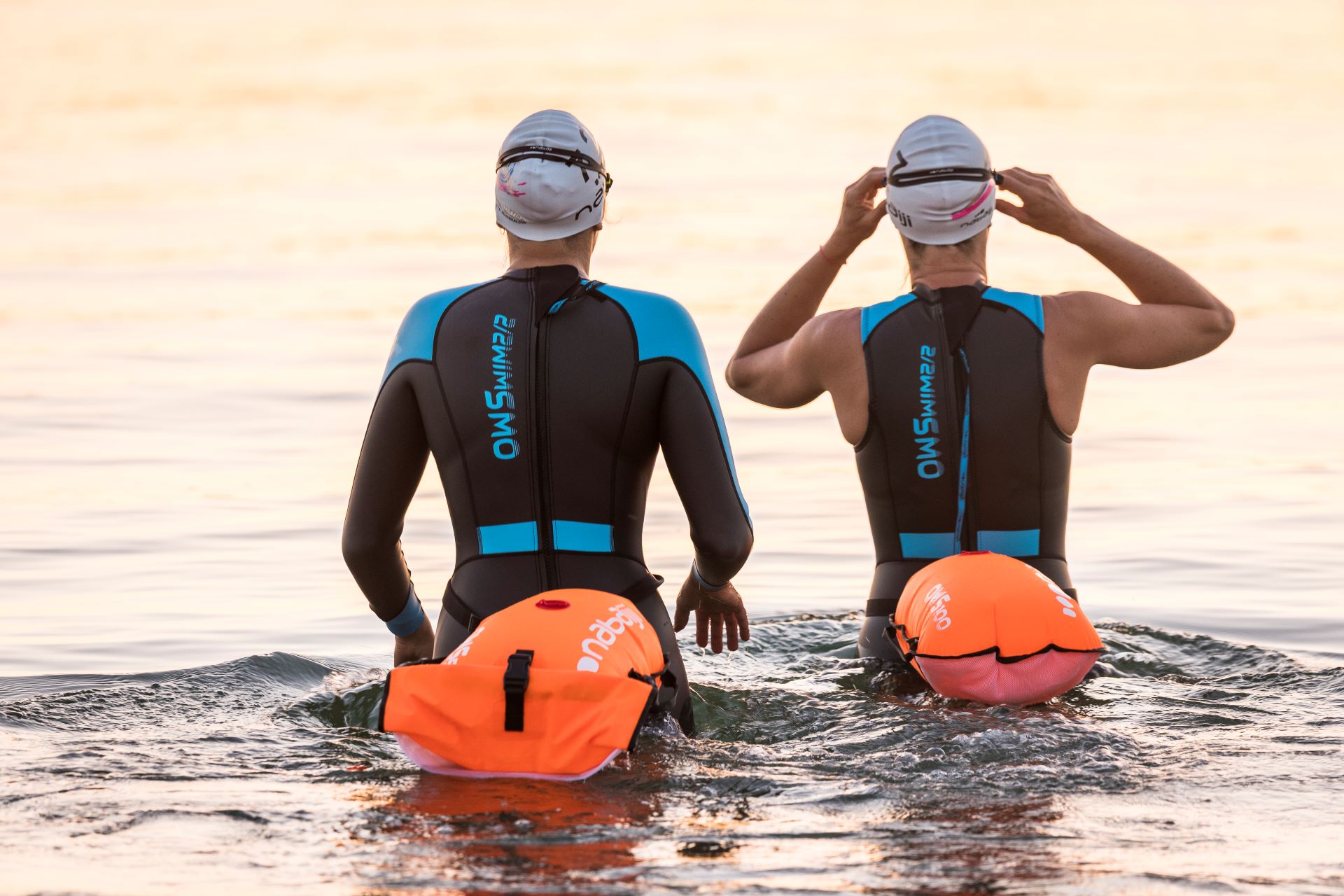 There are many beautiful areas around the world that attract swimmers to open waters. But with that freedom and immense natural beauty comes the drawback of choppy waters and strong currents. More than a dozen Britons lose their lives each year to drowning, many of which can be avoided. Warnings are generally put in place in areas with known issues, but there are still several lesser-known dangers associated with open water. Here we list 7 tips for open water swimming safety.

1. Don't jump in without knowing the depth of the water

The thrill of diving is almost too much for some to resist. While it can be an extremely enjoyable way to experience a cheap adrenaline rush, it should always be done in a safe area where the water is plenty deep.

2. Make sure you're aware of the currents

When it comes to open water swimming safety, perhaps the most important thing to be aware of is the danger of currents. It can often be deceiving, as the strongest currents often occur in those seemingly safe areas close to the shore.

Riptides are common on many beaches. They comprise of narrow currents which flow counter to the crashing waves as that water makes its way back out to sea. They can become dangerous when an unwitting swimmer finds themselves inside one and can’t discern what it actually is.

By swimming sideways you can easily escape the clutches of the current. Sadly, however, many panic, and try to swim counter to the current. It's the worst thing you can do as you'll quickly tire. And the more you panic, the more dangerous the situation becomes.

Knowing that riptides are present, and knowing how to escape them are something every swimmer should be aware of in open water. Talk to locals and lifeguards about which areas of a particular beach are known to be problematic.

3. Make sure you know where you're getting out

Have a plan in mind before you enter the water. Ask yourself how long you're going to swim for and how far you'll go. Bear in mind that distances in the water often appear shorter to the naked eye. Unwitting swimmers often take on a swim that appears short. This is particularly common in small lakes and reservoirs. Many try and swim across, and the anticipated 15-minute swim ends up taking 45 minutes.

For the inexperienced, this is extremely dangerous. When out in open water if fatigue or cramping occurs, you simply have nowhere to go. If you're venturing far out from the shore, ensure you have a plan and stick to it.

4. Swim close to the shore

Inexperienced swimming should always stay close to the shore. Without a strong fitness base and good technique, it's all too easy to become a victim of fatigue or cramping. As panic ensues, inexperienced swimmers can find themselves in a world of trouble. In many cases, not being able to place their feet on the seabed is enough to induce panic. By staying close to the shore, you ensure you never have far to go to find terra firma if you run into problems.

It's always best to swim with at least one other person in open water. Disaster can strike in a variety of ways, and if you're alone, you stand little chance if you're inhibited in some way.

Wearing a brightly coloured swim cap is highly recommended. They make it easy to spot a fellow swimmer if you get separated. And if help is called in from afar, you'll be more easily located in bright colours.

If you're swimming with a partner who finds themselves in trouble, then it's important you approach them leading with your feet. In a state of panic, people are often known to grab a firm hold of their potential rescuer. Sadly this often ends in two fatalities.

Lead with your legs and be prepared to kick the swimmer away until you're able to sufficiently calm them down. At this point, you can approach them safely.

The open water is as far removed from a temperature controlled swimming pool as you can imagine. The first thing that strikes those new to open water swimming is the difference in water temperature. The open waters of the UK are not known for their tropical nature. It's important to expose yourself to colder waters in small doses.

Another thing to build up slowly is the distance you cover in the open water. With the body expending much more energy trying to maintain core temperature in open water, it means that you can tire much more quickly compared to when in the pool. Start slow and build up gradually!

This one should go without saying, but it's surprising how many tragedies occur when people venture into the water after consuming alcohol. As with any activity that requires coordination, they should be avoided when alcohol is consumed.

This becomes especially important in open water swimming. With strong currents and choppy seas, it's all too easy to become overwhelmed and confused when you have to fight the elements in addition to the water.