Protein – Directions for Use

There is a lot of talk about proteins in the world of sport because they have benefits for sportsmen and women in many domains.

This article was originally published here.
Some sportsmen and women follow a special diet to increase their protein intake and increase their muscle mass. That's why we would like to introduce you to the benefits of proteins in this article.
1. Proteins, the Molecules that are Essential for Life
Proteins are large molecules that are essential for life because they are the only source of nitrogen in the body. They are made of amino acids, which are small molecules made of carbon, hydrogen, oxygen and nitrogen. There are about twenty in total. These combine in multiple ways to form proteins of different sizes and complexity. It is thought that about 100 amino acids are required to form a protein.
There are so many possible combinations of amino acids that we still do not know of all the different proteins that exist. Some form the framework of every organ in the body (structural proteins), while others are functional such as those that constitute our antibodies, our enzymes, our hormones or our haemoglobin. The body also has the ability to convert one amino acid into another to suit its needs except for 8 of them, called essential amino acids. If one of them is missing or lacking in number, the process of protein synthesis is blocked.
It is also worth bearing in mind that all the cells of our body are made of proteins and that their organisation is genetically coded so that they are completely different in each individual. This is why organ transplants are sometimes rejected.
Finally, there are the following two types of protein: animal-based protein and plant-based protein, both of which are as important as each other.
Preview 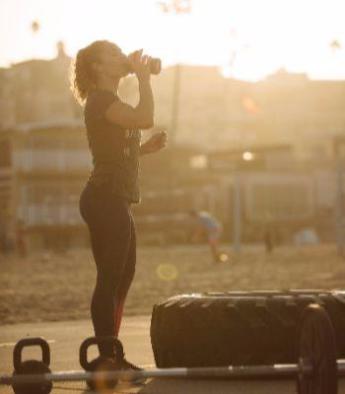 2. The Benefits of Proteins

As we have already mentioned, proteins have a defining role for the human body. They are responsible for building and repairing certain organs.

Consequently, they are constantly renewing our skin, our hair and our muscle tissues. They also help us strengthen our defences against external aggression.

When you engage in intense physical exercise, they are even more essential because they enable the muscles to grow.

Indeed, muscles are made of amino acids, which are used by the body to repair damaged muscle tissue.

This is why protein consumption in bodybuilders is particularly important. The sport generally requires a higher protein intake, like pregnant or breastfeeding women.

The protein in our body is constantly replacing itself and it is made from the food we eat. The proteins in these food are split up into amino acids during digestion so that the body can then use them to build its own proteins. That's why it is advisable to eat protein-rich food as part of 3 daily meals.

Obviously, our protein needs vary according to our weight, our age and our muscular activity.

It is generally considered that the required intake for an adult male fluctuates between 65 and 70g per day and between 54 and 66g per day for an adult female. In reality, the protein intake must be between 12 to 15% of the total caloric intake. For intensive bodybuilders, this figure rises to between 200 to 300g of protein per day!

The animal-based proteins contain all the essential amino acids whereas the latter are sometimes missing from the plant-based proteins.

The first type are found in the following:

As for plant-based proteins, they can be found in the following:

Protein deficiencies are quite rare but they cause weakness, muscle wasting, reduced resistance to diseases, etc. Conversely, excessive protein intake, which occurs more frequently, increases the amount of waste in the body (urea, uric acid, etc.) to the point where the kidneys cannot eliminate all of it, resulting in a higher level of protein in the blood.