Ready for Snow - Toboggan or Sledge?

If you’re wishing for the white stuff this winter, make sure you’re ready for a snow day with our guide: Toboggan or Sledge? And learn how to make a sledge too.

Published by Anca from Decathlon
An 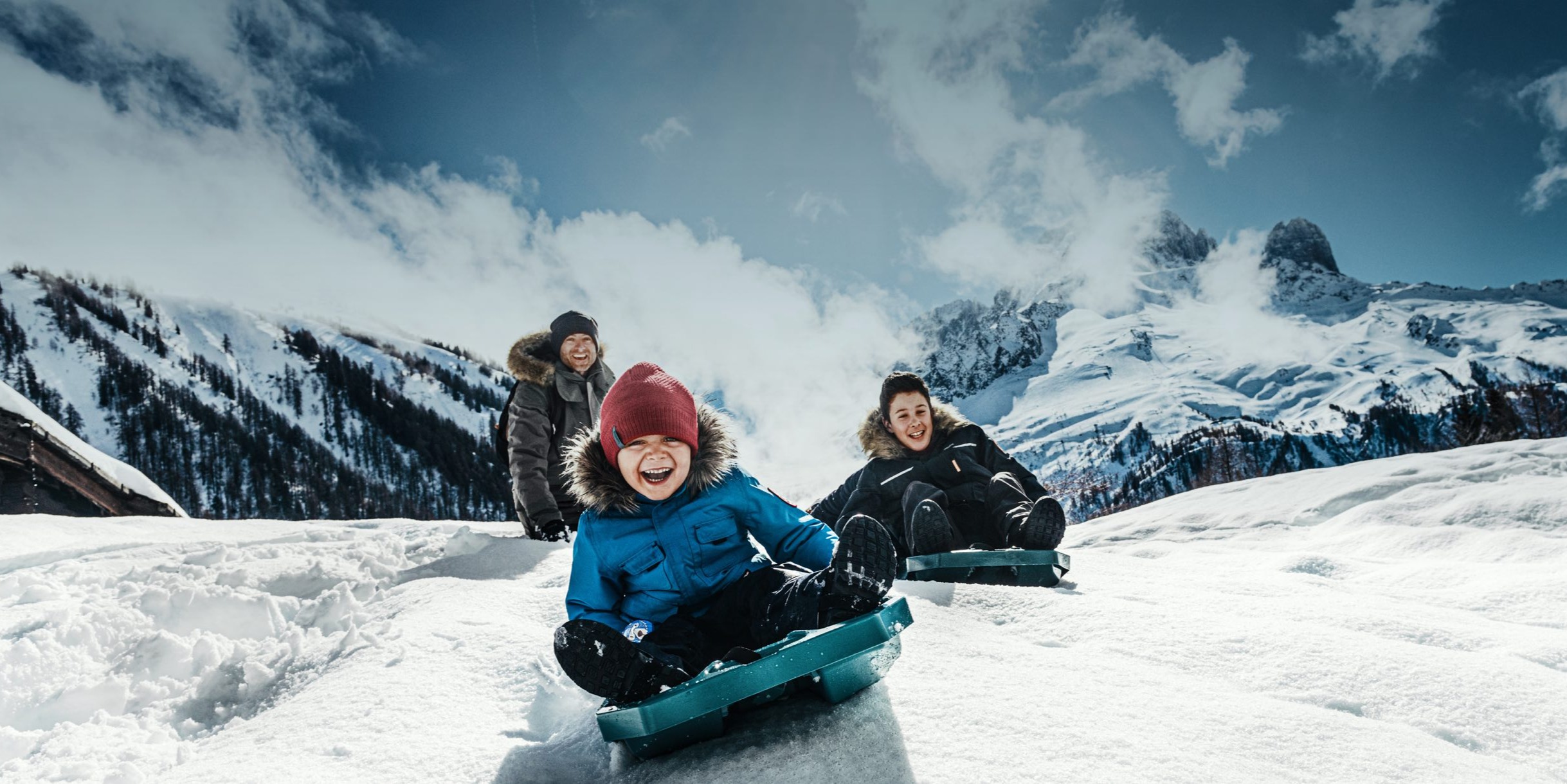 There was nothing more fun as a kid than hearing school was out because it was snowing! The excitement of running to put on our coats before bursting out into the snow was second to none, because snow days were THE BEST.

Snow in the UK isn’t an everyday occurrence. So whether or not you have children of your own now, you’re never too old to enjoy the snow. And what better way to enjoy it than on a toboggan or sledge?

So what’s the difference between a toboggan and a sledge? And is one better than the other? There are lots of different types available to buy. But if you’re feeling creative or get caught off guard but still want to enjoy the snow, you can always have a go at making one yourself!

What is a toboggan?

A toboggan is a simple sledge which curls up at the front to ease travelling over difficult terrain. They are traditionally made from wood, though modern versions can be made from durable plastics or aluminium too.

Toboggans differ from most sledges in that it has no runners or skis (or only low ones) on the underside. So the bottom of the toboggan rides directly on the snow.

What is a toboggan used for?

Toboggans are a great way to have fun in the snow. And the design has changed very little since they were first developed as a method of transport. But what does toboggan mean?

The word “Toboggan” is from the Mi'kmaq word “tobakun,” which means sled. In fact, the Inuit made the first toboggans out of whale bone and used it to transport people and belongings across the snowy tundra. Other tribes used birch or tamarack.

Toboggans were also used by woodcutters in Germany, Scandinavia and Russia to transport logs when roads were made inaccessible by the snow.

Tobogganing as a sport

Toboggans took on a different use in the 19th century. The Russians built the first toboggan slide—a high wooden structure with an ice-covered chute—in St. Petersburg in the late 1800s. But it is thought that tobogganing as a sport probably originated on the slopes of Mount Royal in Montreal, Canada, before spreading to the United States.

Tobogganing became a very popular activity, which led to many artificial chutes being constructed. They were around three feet wide with sides of ice or wood and were often built with several parallel tracks to accommodate more than one toboggan at a time. The chutes were quite steep at the top in order to accelerate the toboggan quickly, with speeds of up to 60 miles an hour. And from the bottom of the chute, the toboggans coasted to a stop along a relatively flat, open track. Many of the chutes are still in use today.

And if you’ve seen the film ‘Cool Runnings’—and let’s face it, who hasn’t?—you’ll also know tobogganing, or bobsleighing, is also an Olympic sport. The first organised competition (among teams consisting of three men and two women) was held in 1898 on the Cresta Run at Saint Moritz, Switzerland. The sport earned its name after competitors adopted the technique of bobbing backwards and forwards to increase the speed of the toboggan. And in 1923, bobsleighing became an internationally recognised sport, with its inclusion in the first Olympic Winter Games at Chamonix, France, the following year. Today, bobsleighs are a far cry from the traditional wooden toboggans which were made for transport. Modern racing bobsleighs now have a fibreglass hull and a steel frame, and they are built for either two or four people.

If you fancy giving tobogganing a go there are lots of snowsports centres across the UK. Chatham Snowsports Centre in Kent features the longest toboggan run in the UK. At a whopping 750 metres long, you can really build up some speed!

What’s the difference between a toboggan and a sledge? 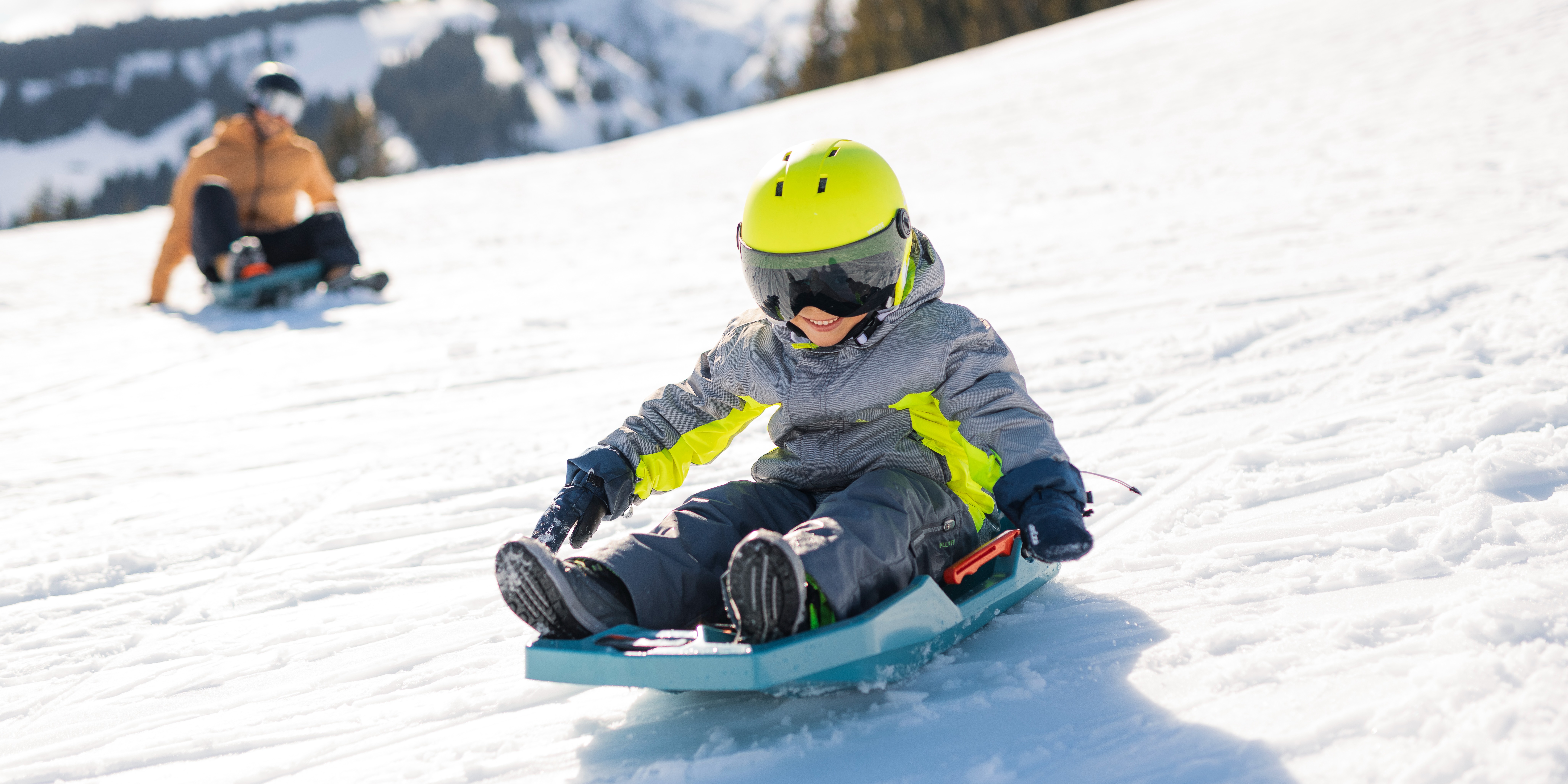 Both tobogganing and sledging are both age-old ways to enjoy the snow. But what’s the difference between the two types?

You’re more likely to find sledges on snow-covered hills up and down the county today than toboggans. A sledge is similar to a toboggan but it makes use of skis on the underside in order to enable better control.

There are many different sledge types on the market. There are kids sledges, and sledges for adults. And there are cheap and cheerful options, as well as traditional wooden designs. And what type of sledge you choose will depend on who will be using it and how adventurous you want to be.

Find out more about the different types of sledges and how to choose the perfect sledge this winter.

How to make a sledge or toboggan at home? 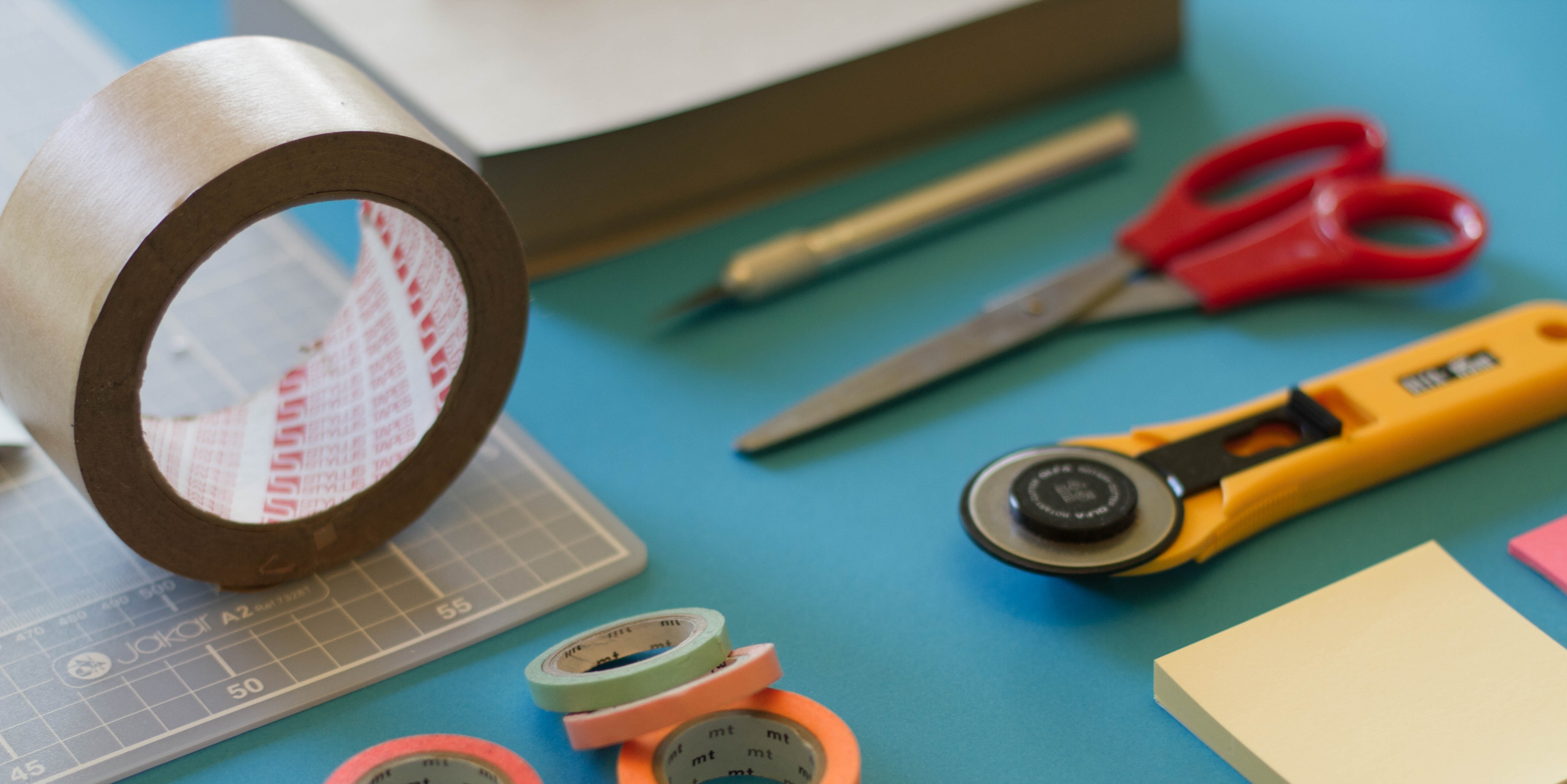 There are lots of different types of sledges on the market, and at a range of different price points. But if you fancy getting creative, or if there’s some unexpected snow and you haven't had a chance to go out and buy a sledge, you can always have a go at making your own! And you probably have most of the items at home already. Just follow these five simple steps to build your homemade sledge.

Step 1: Cut the box open on one side and fold it in such a way that it provides a bit of padding. It depends on the shape/size of your box, but it will need to fit inside the bin bags and have a wing at the front to fold upwards - use a Stanley knife to help you score the cardboard to make it easier to fold.

Step 2: Use duct tape to secure your sledge in place, making sure you’ve created some sort of lip to it at the front.

Step 3: Put your creation into two large bin bags (opposite directions) and seal with more duct tape to secure everything in place and to make it more durable.

Step 4: Cut two holes in the front to attach some rope/a bungee cord to make a strap to hold onto while sledging. And to carry it home afterwards.

Step 5: Now it’s time to go and find a snowy hill to try out your new homemade sledge!

Just bear in mind you’ll probably only be able to use your new sledge on the one day as cardboard won’t last forever, especially if the ground’s a little rough. And the best bit of advice is definitely to take a few spare bin bags and duct tape with you so you can do some quick repairs to get longer out of your sledge.

If you don’t have a big enough cardboard box to hand to make your sledge you can also use a lid from a large plastic storage container or a laundry basket. Tarpaulin is also very durable, particularly if the snow is icy and hard. Yoga mats, dog beds, shower curtains and bodyboards are also options for a makeshift sledge. Though do approach with caution. Of course a proper sledge is a safer and reusable option if you’re able to get your hands on one.

At DECATHLON, we have a good range of sledges for the whole family. We have baby and kids sledges, and sledges for adults so you can enjoy some winter fun. Plus, get help and advice from our expert sales assistants in store.

Sport tips
How to choose
An