Thinking about making it your sport? Do you know know your Ace from your Deuce? Read on to find out more.

Tennis is one of the most popular sports in the UK, and it’s now played by both professional and recreational players all around the world. This sport originated in England in around the 19th century, and was known at the time as ‘Lawn Tennis’. Today, there are four major tournaments known as ‘Grand Slams’, considered to be the most prestigious tennis events in the world.

If you’re new to tennis, the rules can seem a little mind boggling. So we’re here to help! Whether you just want to understand what’s going on or perhaps you’ve been inspired to have a go at playing yourself, check out our guide to the rules of tennis, including all the need-to-know jargon.

Object of the Game

Tennis is played on a rectangular court with a net running across the centre. The aim of the game is simple - to hit the ball over the net and to score more points than your opponent! Though in reality, there is a little more to it than that.

There are four main types of surface for tennis courts: Grass, clay, hard, and artificial grass. And equipment is simple, each player just needs a stringed tennis racket and a tennis ball.

It’s important to warm-up before you play tennis to avoid injury. Check out some of the ways you and your family can practice tennis warm-up activities together at home without any tennis equipment: 5 Tennis Warm-Up Practices You Can Do at Home.

To win a game of tennis, you need to score points, as follows:

If the scores went to 40-40, this would be known as “Deuce”. If a game reaches this point, a player must then win by two clear points.

A set is a collection of games, played until a player wins six games (or more). A match is usually played to a best-of-three (for women’s matches) or five sets (men’s matches). 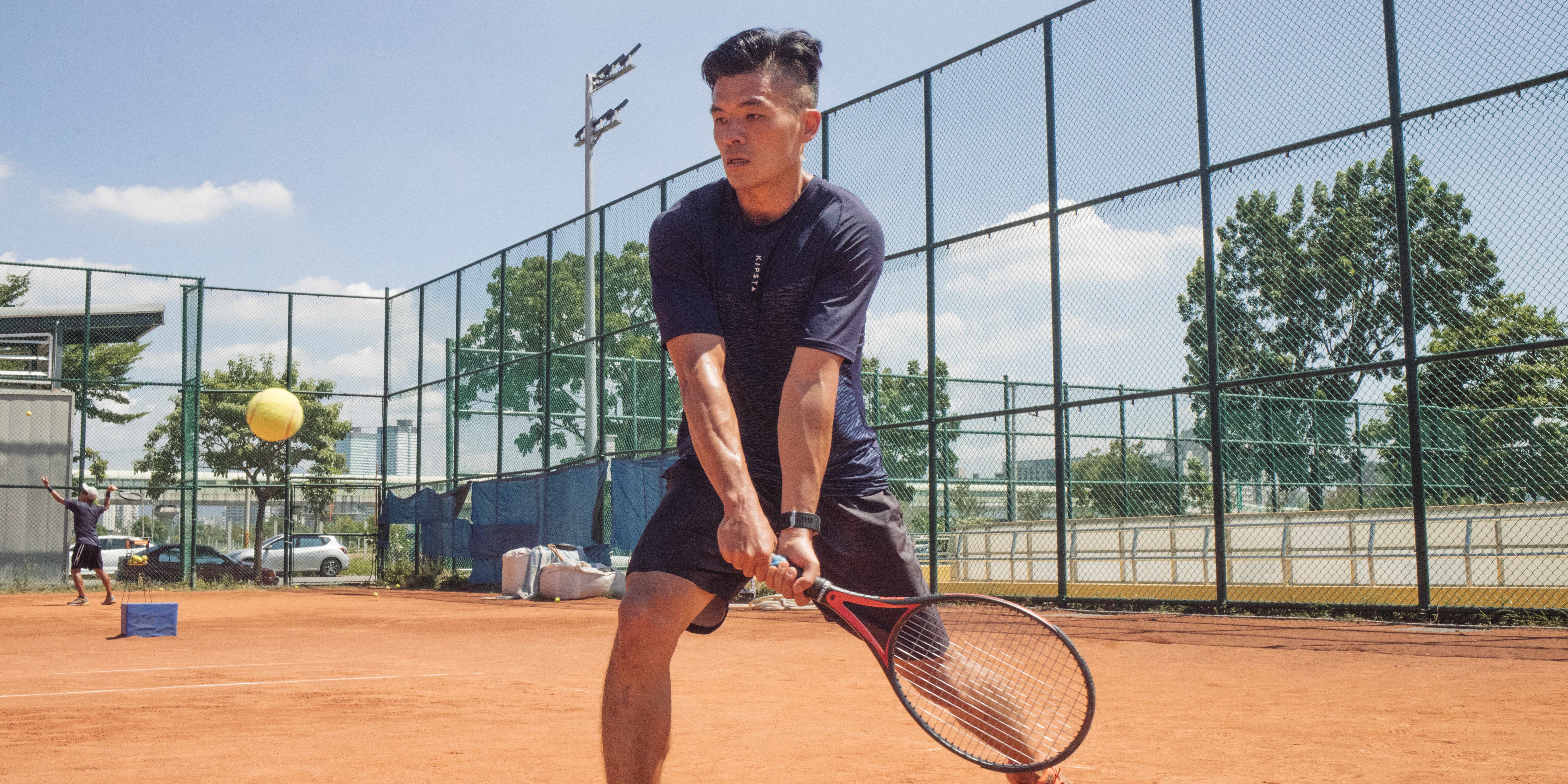 The game starts with a coin toss to determine which player must serve first and which side they want to serve from. The server will continue serving the ball (from alternative sides on the baseline) to the receiver until the set has ended. The server’s feet must remain behind the baseline until they have served the ball. If the server fails to hit their first serve in, they can serve again. If they fail to hit their second serve in, then a “Double Fault” will be called and the point lost. If the server clips the net but the ball still goes in the service area then “Let” is called and they get to take that serve again without penalty. If the ball hits the net and fails to go in the service area then “Out” is called and they lose that serve. The receiver can stand where they wish to receive the serve. If the ball is struck without the serve bouncing then the server will receive the point.

After the set has ended, the receiver will become the server and serve the ball until the next set has ended. This process is repeated throughout the match.

Once a successful serve has been made, the number of shots between the players can be unlimited. A point is won by hitting the ball so the opponent fails to return it in the scoring areas. The ball can hit any part of the line for the point to be called in - outside the line and the ball is out.

To win the set, a player must win six games (by two or more). The opening sets will go to a tie break if it ends up being 6-6, where players play first to seven points. The final set will not have a tie break, instead, a player needs to win by two games (with no limits on the number played).

A player loses a point if they fail to return the ball in either the correct areas on the court, hits the net and doesn’t go into the opponent's area, or fails to return the ball before it bounces twice in their half. If a player touches the net, distracts their opponent or impedes in any way, then they also lose the point.

The balls in a tennis match are changed every seven games to make sure they aren’t worn down. If they lose pressure, they’re not as bouncy. This usually starts to happen after around three hours of play and can affect a player's control and accuracy. Because of this, the balls are changed after the first seven games, then the next nine, the next seven, and so on throughout the match.

Spare balls are stored in a refrigerated container at the side of the court, and they’re kept at 68° F to keep them in perfect condition.

Whether a shot is “In” or “Out” has caused much controversy over the years, with players and on-court officials often not seeing eye-to-eye. In professional tennis you will usually see a line judge. In recreational tennis you and your opponent are the line judges. Make sure you call the ball as you see it, and fairly. 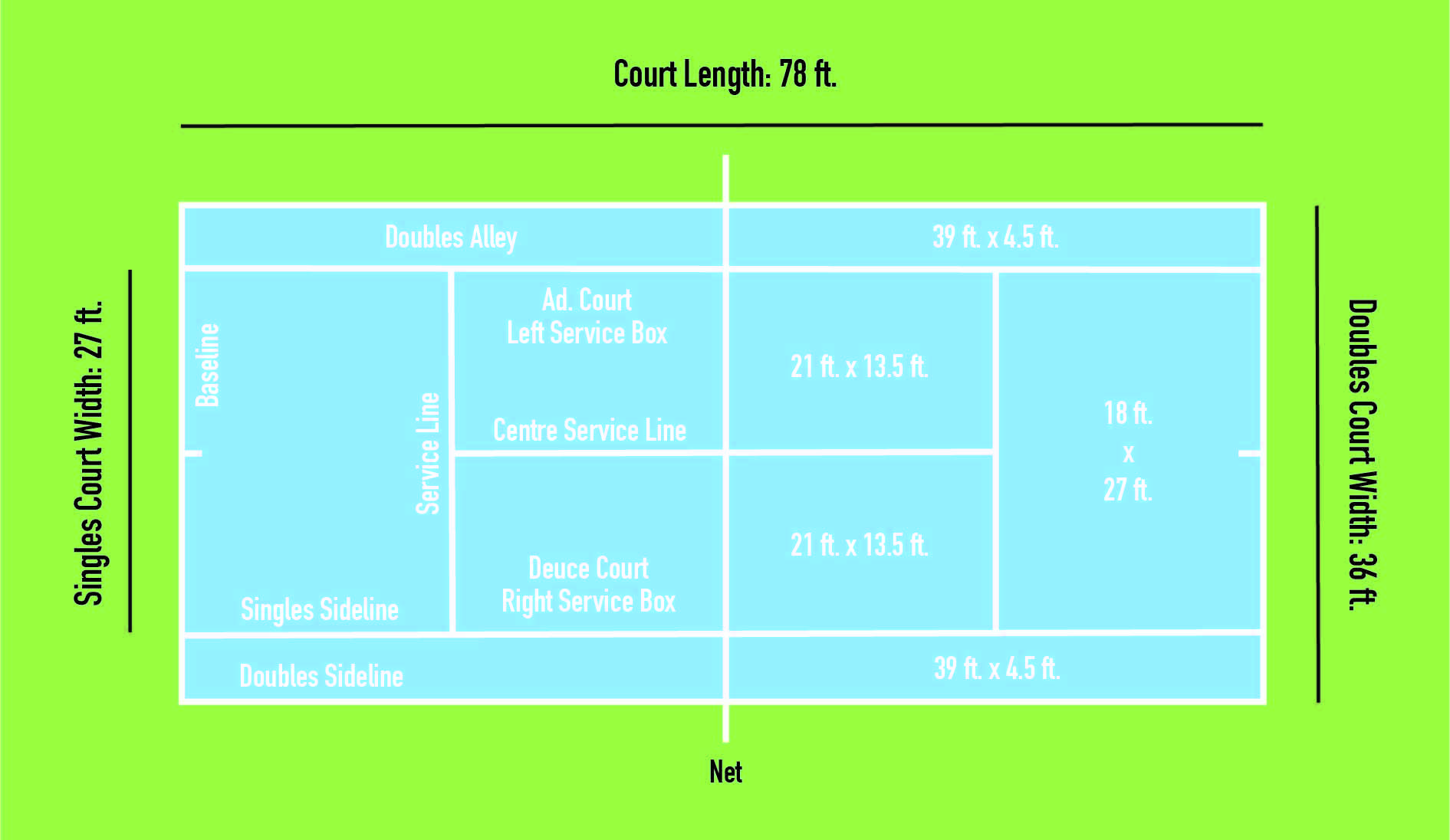 A graph involving the dimensions of a tennis court.

In a game of singles, the ball must be hit within the “Service Courts”, the “Back Court” and the “Alley Line” (see diagram above) for a point to be scored. Balls hit in between the “Sideline” and “Alley Line” are considered OUT, and your opponent will earn a point.

In a doubles game, the ball must be hit within the “Service Courts”, the “Back Court” and the area between the “Alley Line” and the “Sideline” for a point to be scored.

The rules for singles and doubles matches are a little different, although mainly regarding court size and serving order. Mostly, doubles tennis rules are very much the same as singles matches. Doubles tennis rules are just slightly adapted to make space for an extra player on either side of the court. Let’s take a look at some of the key differences between the rules for both singles and doubles matches.

A doubles match is usually played to the best of 5 sets.

The player who wins the toss chooses who serves first. Whoever is serving first serves for the entire duration of the first game. Then the other player will serve for the next game. Players switch sides of the court for every odd-numbered game.

The team who wins the toss chooses which team serves first, and that team will choose which player will serve first. Whoever is serving first serves for the entire duration of the first game. Then the opposite team will serve for the next game. For every odd-numbered game, teams switch sides of the court, and the player who hasn’t served yet from the first game must now serve. Then the player who hasn’t served from the second team serves, and so on.

If a score of 6-6 is reached and tie-break rules are used, a tie-break game is played in order to determine which player wins the set. For a tie-break game, the goal is to reach 7 points first with a lead of at least 2, and doing so results in the win of the set. The player who serves first is the player who would normally serve after 6-6, or 12 games.

The serving order for a tie-break is as follows:

The serving order for a doubles tie-break is as follows:

Whether you’re watching tennis on TV, or want to start playing yourself, here’s a round-up of all the basic tennis terms and jargon every beginner should know: 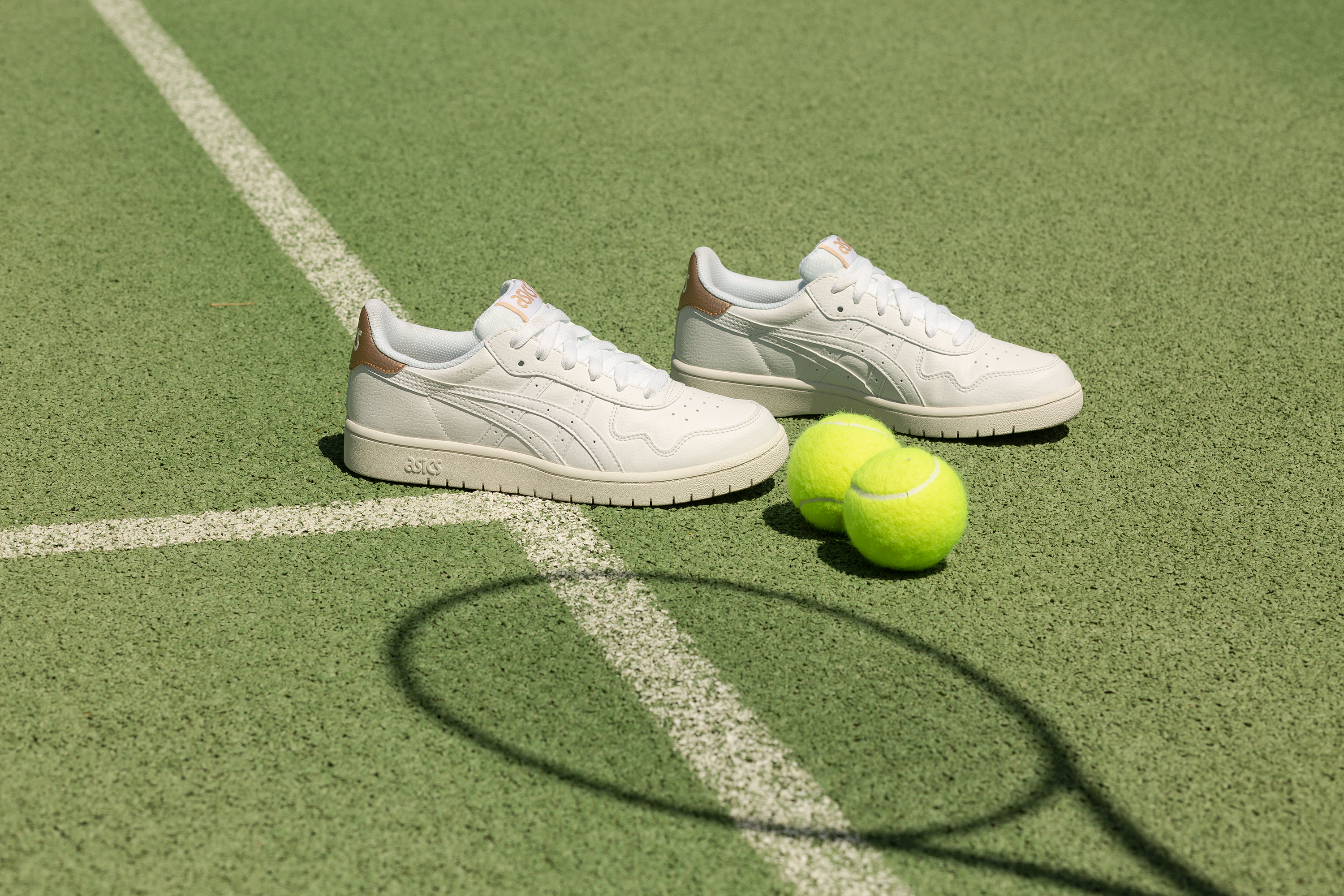 A pair of Asics tennis shoes and two tennis balls.

From footwear and clothing to rackets and accessories, our in-house brand Artengo has designed everything you need to play tennis: trainers for all playing surfaces; tops, shorts, skirts and socks; a collection of rackets for adults and kids too. Take a look at our online TENNIS SHOP, or pop in-store and speak to one of our racket sport specialists.

If you already play tennis and are looking to improve your skills, improving your tennis volley technique is essential to making your gameplay more exciting and dynamic. Take a look at our article to Become a Master of the Tennis Volley.