Feel like it’s been a long time inside? As well as burning off pent up energy and spending time with friends, summer sports are a great way to enrich your body with Vitamin D and free your mind of stress and anxiety. In our carefully curated selection, the teammates have got together and decided the 5 best sports to try this summer. Which ones will you give a go?

It’s the winning combination that no one knew they needed. Whether you’re planning on taking to a golf course or want to create your own version, experience a new way to score a hole (or basket) in one with a game of Frisbee Golf.

-A flying disc for every player. Get them in as many different colours as possible.

-A basket/tub that a frisbee would be able to fit into OR a golf course that is willing to let you play frisbee golf on.

-If you are going the no golf course route, you will also need something to make out the ‘tee off’ line and fairway line

Although the most perfect place to play Frisbee Golf would be on an 18 hole golf course that allows you and your friends to launch frisbees around, we know that in reality, this won’t be the easiest to find. If a setting such as this isn’t possible, simply find an area big enough for you to be able to play a variation of short and long holes, without bothering people nearby.

-Be respectful to the thrower. Trying to put each other off is not in the spirit of Frisbee Golf.

-Stand behind the thrower, and only walk in front of them once the throw is complete. Never throw when other park users are close by.

-Leave the course exactly how it is. Do not alter bushes, trees, or anything else.

Want all the fun but looking to avoid the full contact of a game of rugby? One of the more popular summer sports, Tag Rugby might just be your perfect park pastime. 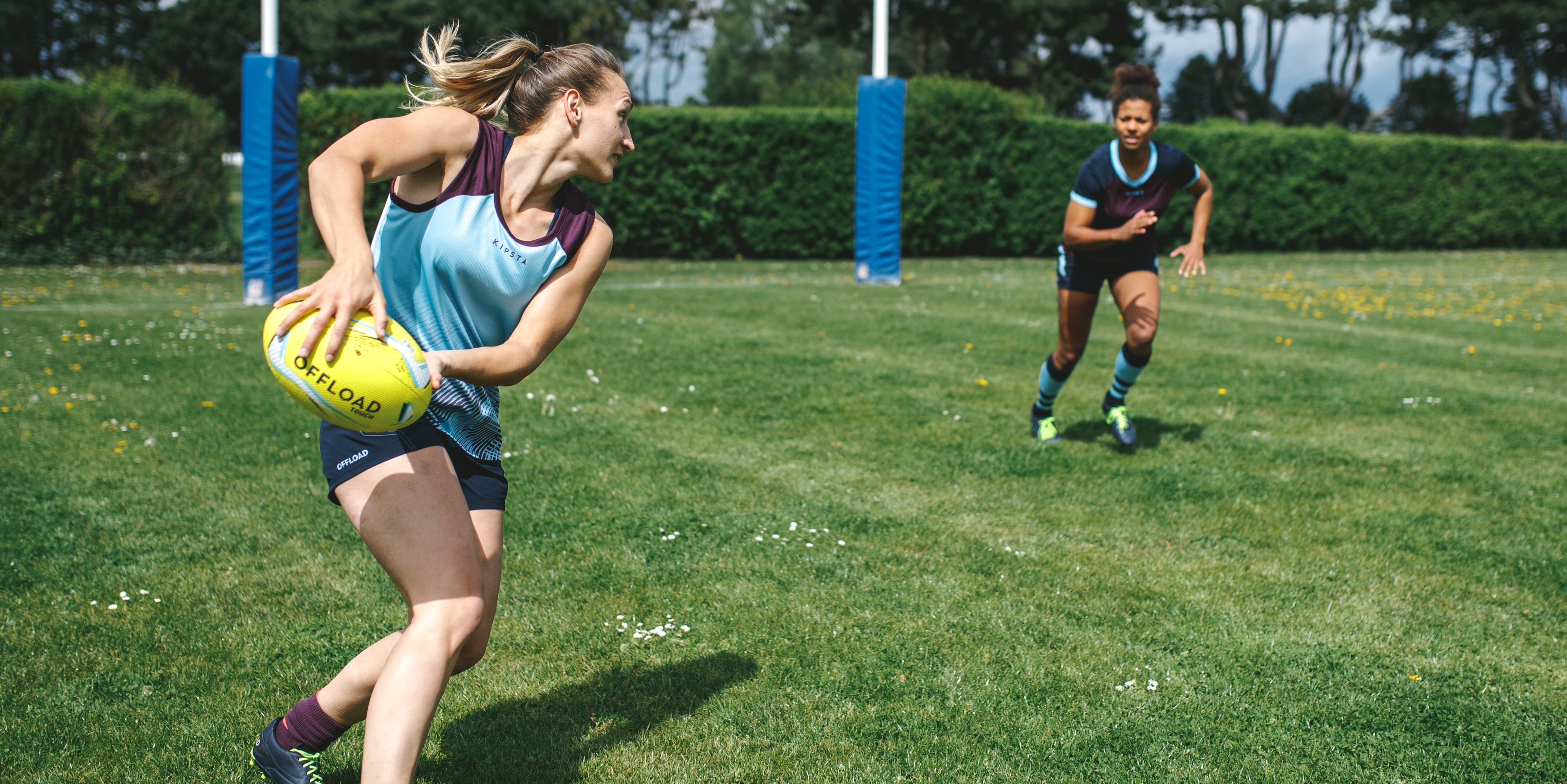 A woman passing an Offload rugby ball to another woman.

Similar to the popular playground game of patball, this is a pastime that has been building momentum over the past few years. With more and more Wallball courts popping up around the country, now could be the perfect time to get involved.

For a quick demonstration, check out our video on the matter.

As previously mentioned, the last few years have seen Wallball courts pop up across the UK. From schools to community centres to empty car parks, it’s a game that can be played anywhere (as long as you have a flat wall and hard surface). If you aren’t using an actual Wallball court, you’ll need your own chalk tape or paint to form a rectangle on the wall and rectangle on the floor. If it’s not a designated court, make sure your marking instrument is one that can be erased one the game is done.

-Try to use both hands. Wallball is one of the only sports that requires an ambidextrous (meaning both hands are needed in equal measure) approach.

- Starting out? Don’t worry about regulation size courts. Just focus on having fun.

Hailing from the family of Boules sports, this is a game that requires focus, precision and strong nerves, whilst also allowing those involved to socialise and relax. It’s the perfect summer pastime.

-Boule sets. For a singles and doubles Petanque, each player needs three Boules.

-A small target for competitions to aim the boules at. This is known as a Jack.

-A coin to decide who goes first.

-The game begins with a coin toss. The winning player or team of the coin toss will decide where both teams will be throwing from, then thoss the Jack. This will be the target that all other players will aim for. The Jack must not be within 1m distance of any obstacle.

- The first team or player then throws the boule, trying to get it as close as possible to the Jack. When making a throw, both feet must stay on the ground and within the marked circle.

-The opposing team or player will then do the same, stepping into the circle and throwing their boule, either aiming for the Jack or to knock the opposing Boule out of the way.

-The boule nearest to the Jack is know

-This continues until each team has used all their boules, or the Jack has been hit off the pitch (this is known as ‘going dead’).

-If the game ends with all boules being used, points are counted. A point is given for each boule that is nearer than the opposition team's closest attempt. If the Jack ‘goes dead’ then it’s one point awarded per remaining boules left to be thrown, and they can be rewarded to one team.

-The next round restarts when the winning team from the previous round goes through the Jack. It is a game that’s usually played to 13 points.

While the game can be played on any hard, flat surface, the ground is often uneven, gravelly and dusty.There are no requirements for the area to have restrictions or be cordoned off, although this is often done to provide structure. In its home country France, Petanque pitches are often seen in town squares or path parkways.

-Boules can be thrown in any way a player wants, however the most traditional way is to hold the boule with the palm facing downwards, then throw it using an under arm swing, finished with an upwards flick of the wrist. Doing this creates backspin and gives the thrower the necessary control and flexibility.

-’Pointing’ is when the boule lands in a particular spot without much movement and usually right next to the Jack.

- The best kind of throw (known as a ‘carreau’), knocks the opposition boule of the way and takes its place. 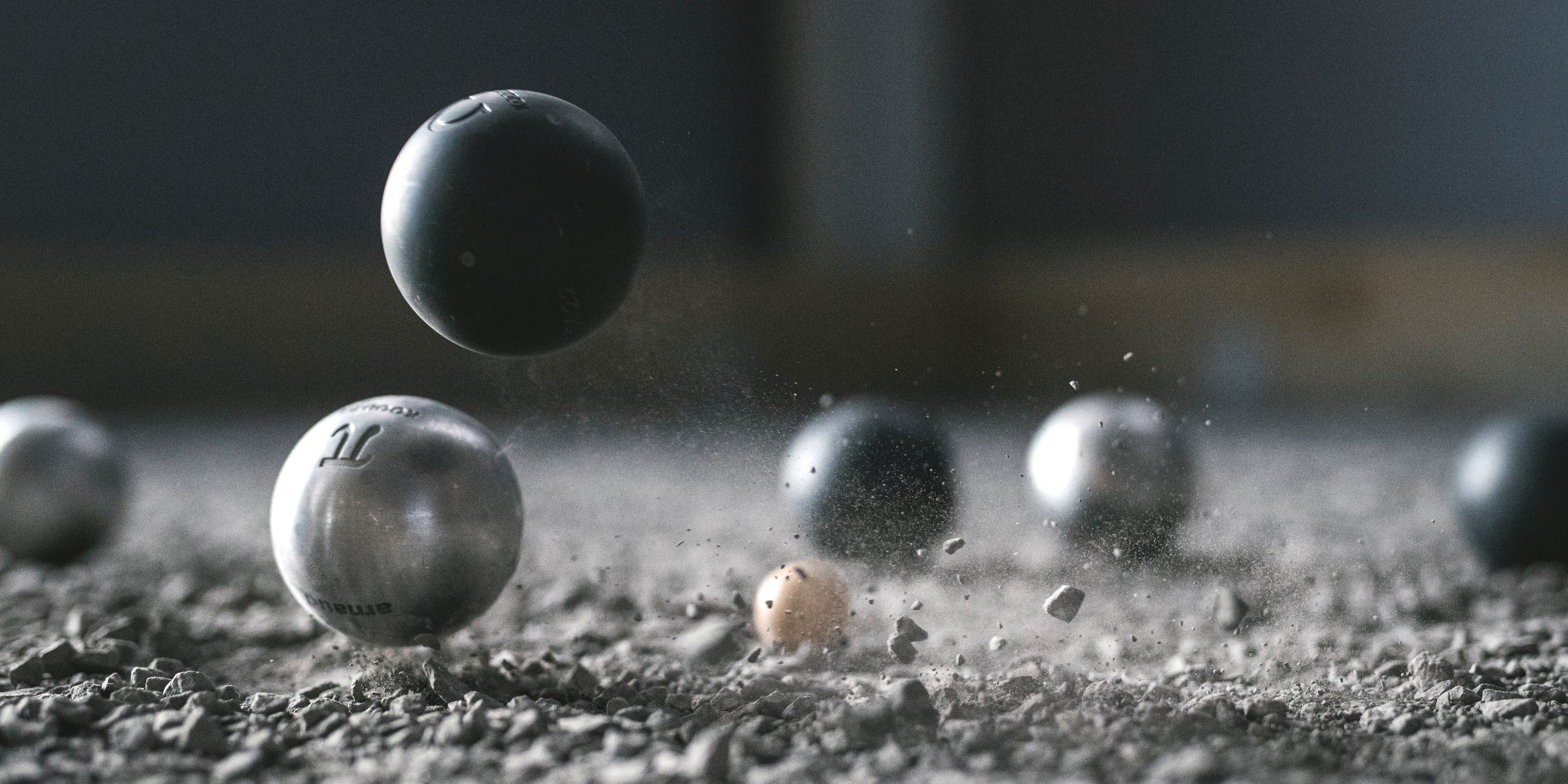 In the mood for a new way to experience the water? With benefits that include a great cardio workout, calorie burning and stress reduction, it’s time to make your summer on the Water all about SUP.

-A Stand Up Paddleboard. Find the right one for you with our PLAY rundown.

- A Paddle. Learn about your perfect paddle right there.

-An SUP buoyancy aid. Don’t step onto your SUP without it.

It may feel like a strange experience first getting used to life on a SUP. It’s a pastime that requires good core strength, learning how to position yourself whilst holding the paddle, as well as confidently executing turns. Before you hit the water, give our 5 SUP tips article a read on PLAY.

When you’re just starting out with an SUP, put yourself in a stress free position by visiting a local lake. The water is generally calm, it will have little impact on anyone around if you fall in, and you can take your time learning the basics. Once you feel confident enough, why not try a local canal, or even a trip to the beach? It’s a wonderful way of seeing the water.

-Be careful! No matter how comfortable you get on your SUP, the very nature of the pastime is one that means you should always be aware of your surroundings. One slip and could send you flying, so make sure you know what you could bump into!

-Don’t be afraid to sit down. If you’re ever in choppy waters, sitting down can help you balance out and stop yourself falling in at the most tricky time.

-Bring your dog (once you’re ready of course). Getting your furry friend out on an SUP could make your day that much more enjoyable. Just make sure they’re used to the board beforehand and like swimming!