Whether you’re a first timer or just need to brush up on what’s what, we’re here to break down the rules and regulations that define tables tennis in the UK. 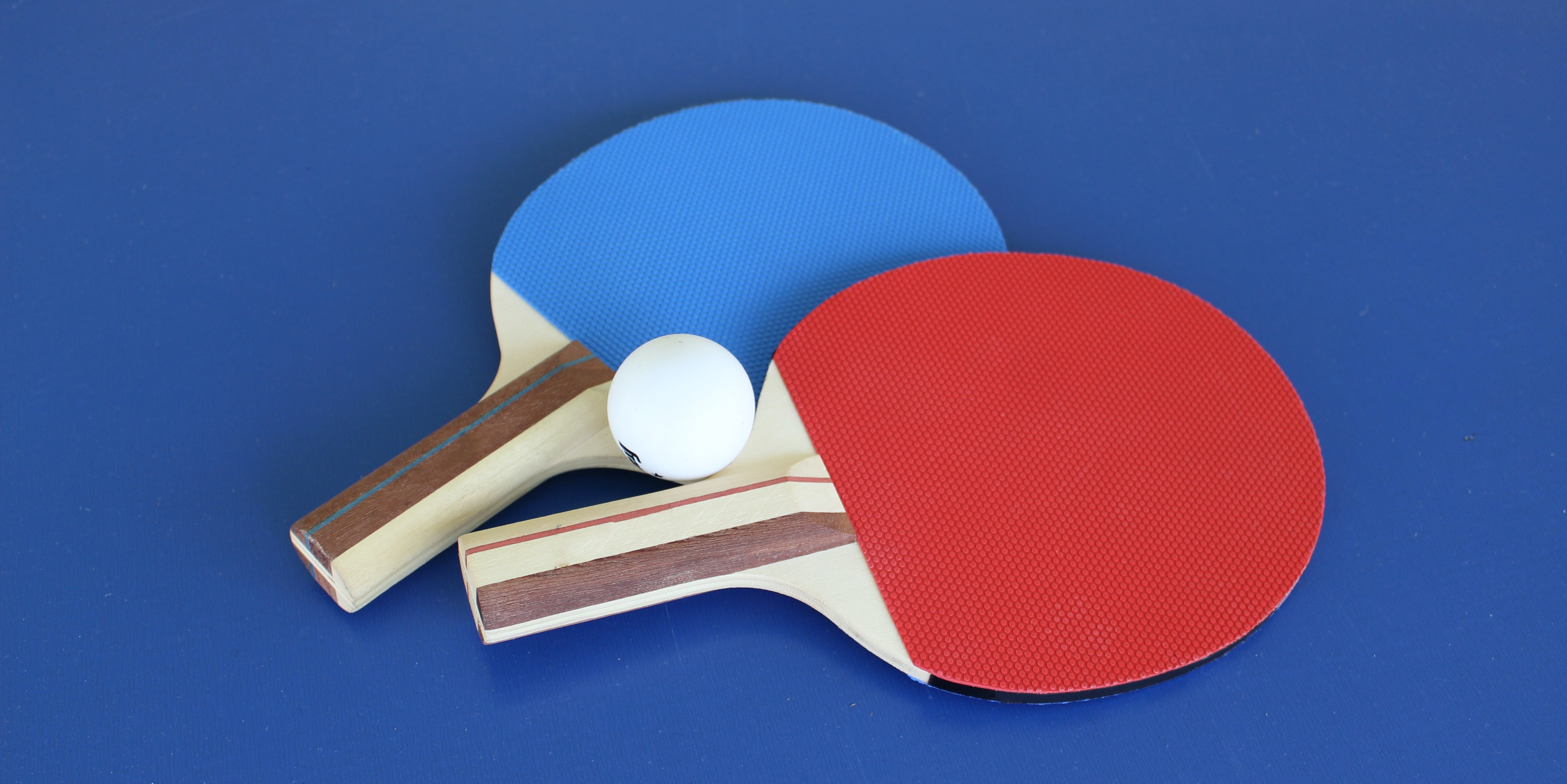 A game that’s loved by so many, a game that can take place in different locations and a game that can be played by all different standards. But what are the specific rules? Which ones need to be followed for a casual game to work? And how does it differ from Ping Pong?

The Basic Rules of Table Tennis

It’s likely that you already know this, but the aim of table tennis is to hit the ball over the net and onto your opponent's end without it bouncing on your side. If your opponent cannot return the ball in a similar fashion (either by not making contact with the ball on their side or hitting the net), then you win a point.

And now for specific rules and regulations.

When following the table tennis rules and regulations in their most traditional sense, each player takes two serves before it switches over. Service must either be diagonal or in a straight line, but that needs to also be decided at the start of the game.

To serve properly, the ball must bounce on the server's side before bouncing on the opponent's side. The opponent must allow the ball to bounce off their side before returning. If the serve fails, a point is awarded to the opponent, and there are no second serves.

There are a number of ways to determine who serves first, such as ‘playing for service’ which involves a pre-rally, of which the winner starts the game. 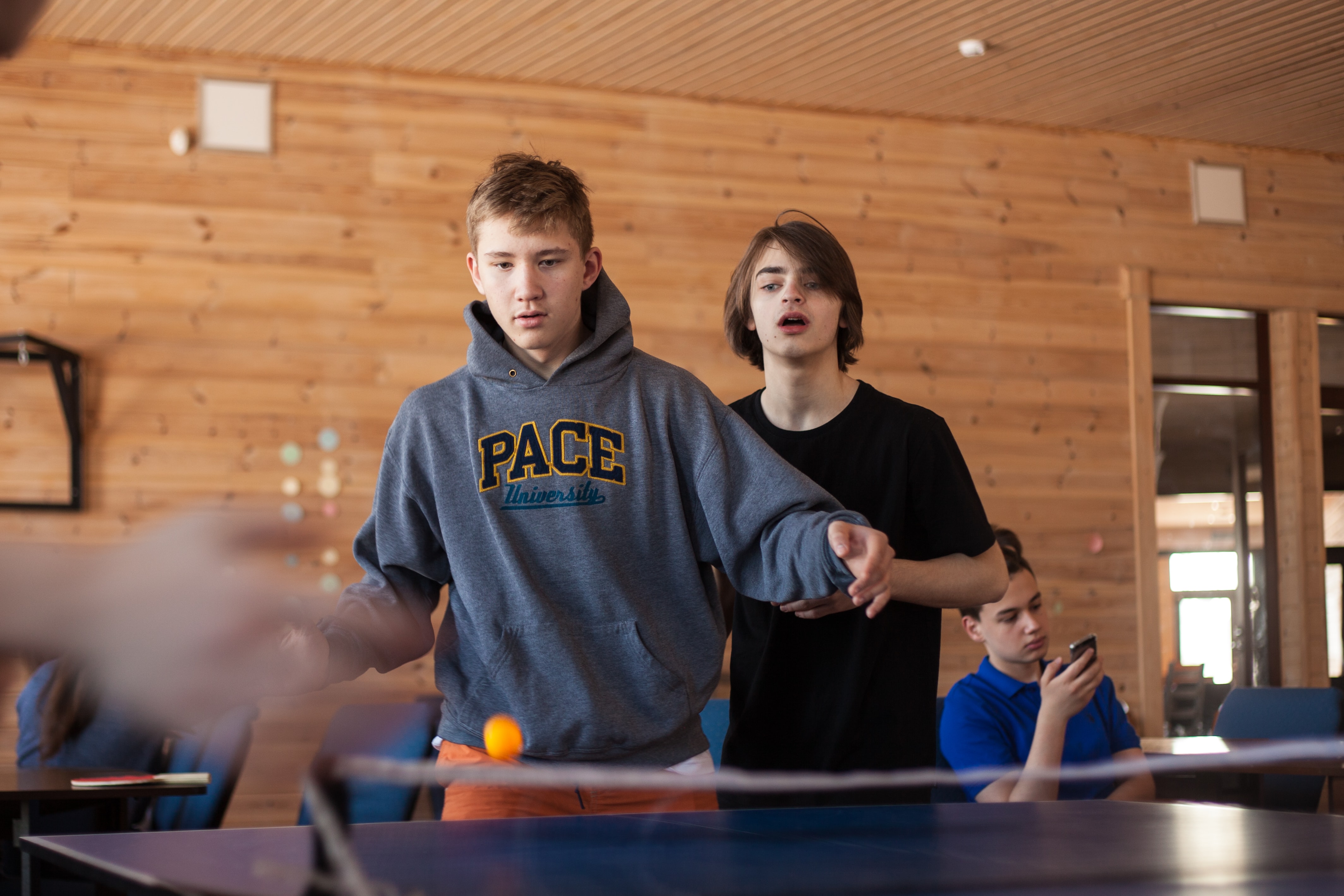 When a game involves four, the serves must be diagonal, moving from the right hand half of the court to the opponent's right hand half. If you haven’t already seen a table, the right and left hand sides are separated by a marked white line.

In terms of service changeover rules in a doubles game, it should be the following pattern.

Once it has been decided which team is opening the serving, the first player will be seen as A1. Then;

This will repeat until a winner has been decided.

If it has been decided that a second game will be played, team B serves first, and the whole process is repeated, but with B1 serving to A1, and so on.

At the start of the match, each pair has the opportunity to decide which of them will serve first, as well as the opposing team being able to choose who will receive the serve first. This order will remain throughout the rest of the games.

The Rules of the Expedite System

As competitive table tennis games are meant to be 10 minutes long, this is a rule that is sometimes brought in to speed up proceedings. If the game is unfinished and less than 18 points (between both players) have been scored, The Expedite System will be implemented. This means players have to alternate the serve every point instead of every two. Also, if the receiving player provides 13 legal returns during a rally, the point will be rewarded to the returner. Once The Expedite System is introduced, it will remain in place until the entire match has finished.

Many believe that table tennis and ping pong are different names for the same game, and in many ways, they’re right. In general ping pong is seen to be more informal, although if you are following the traditional rules, differences become clear. While the target number of points in table tennis is 11 along with a winning margin of 2, ping pong requires a player to simply reach 21 points in order to win the game. Serving is also different. While each player in table tennis is afforded two serves before being moved on to the opponent, ping pong allows a player to serve up to 5 times. The other small difference between the two is that ping pong has no requirements for hitting the ball to start the game, whereas table tennis requires it to be thrown with an open hand 6 inches in the air.