Looking to see the British Isles in all it's natural glory? For a day out to remember, check out our selection of the very best UK forest and woodland walks.

Credit: Find a peaceful woodland or forest walk near you

From royal hunts to folklore and fantasy, the United Kingdom has always been known throughout the world for its forests. But how well do you know our nation’s woodlands? Check out this rundown of our favourite woodland and forest walks. Who knows, you may just find your next weekend getaway. 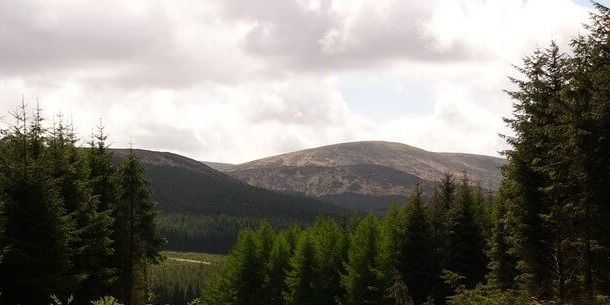 Established as a forest park way back in 1947, Galloway Forest is not only the best woodland walks Scotland has to offer, with a space of 774km2, it is the biggest forest in the whole of the United Kingdom. Nicknamed ‘The Highlands of the Lowlands’ it has some of the finest woodland walks, and also some of the hilliest, with many of the Galloway hills lying within the forest’s boundaries, meaning it’s as good for rock climbing as it is for hearty strolls.

Some of the highlights along the trails of Galloway Forest include the Tragic Martyr’s tomb, Threave Castle and features views looking out over Newton Stewart, the foothills of Merrick, as well as the two loches, named Trool and Doon respectively. Granted ‘Dark Sky’ status in 2009 (meaning it is an area of restricted artificial light pollution), Galloway Forest at night is something to behold, and while wouldn’t be an ideal time to go walking, it would be the perfect way to finish off an excellent day in Dumfries.

If you’re looking for the best forest walk near London, then Epping Forest may be just for you. The 2400 acres of ancient woodland stretches from London’s Forest Gate, all the way through to Epping in Essex, and lies on a ridge between the valleys of rivers Roding and Lea. Named the ‘The People’s Park’ by Queen Victoria on her visit to Chingford on the 6th of May 1882, and while it had many different uses during it’s time as a royal park, it has been seen as a place for the people, and funded by the London Corporation.

Although it is within touching distances of the UK’s most bustling city, Epping forest is both a site for special conservation, and a site for scientific investigation, largely due to wildlife and it’s eclectic variety of rare forestation and unusual woodland. As previously mentioned, there are a number of royal features around the forest, including Queen’s Elizabeth’s Hunting Lodge, Copt Hall, the Butler’s Retreat and Connaught Water, which is an ornamental lake built by the Duke of Connaught.

The best walks in Epping forest vary in length and difficulty, and while they are seen as woodland dog walks, they will have to be kept on a lead. Other forest activities include mountain biking, angling in 24 of the forest’s 109 ponds and lakes, and playing sport on Wanstead flats.

With ¾ of its 650km covered by woodland, home to a wide range of wildlife and stunning views, Kielder forest is not only one of the biggest forests in England, it also has some of the best woodland walks in the UK.

It is known as one of the hillier woodland areas across the United Kingdom, which merges into the Cheviot hills, and also lies with the border forest park. The highest point of the forest is the Peel Feel, standing at 1975 ft. There are also other visiting points, such as Larriston fells and Sighty Crag that although not as high, are as worthwhile due to their remote nature. Larriston fells in particular, is a 6.4km walk from any road, making it the most remote hill in England, making it the ideal place to be at one with nature. If you’re in the mood for a spot of family fun, the 18th century Kielder castle is home to both a Minotaur maze and a Gruffalo sculpture. There’s also something for afterhours, with the Kielder Observation point covering all your stargazing needs.

While this is a forest that allows woodland dog walks, it’s important to note that it’s home to number of Sites of Scientific Investigation, and is bustling with nature, such as roe deer, birds of prey, and is inhabited by 50% of England’s treasured red squirrel population. Interestingly in 2019, Kielder forest was chosen to be the place for the re-introduction of the Eurasian Lynx into Britain, which had been extinct for over 1,300 years.

Located in the heart of Snowdonia national park and encircle the village of Betws-y, a woodland walk through this fascinating area combines the welsh industrial era of old and rare wildlife and exciting blossoming plant-life. Being made up of the remains of former mines, old engine houses, waste tips and reservoirs, wouldn’t usually be the home of a site of scientific investigation and special conversation. However, Gwydyr forest park is just that. This is largely due to the type of plants that grow around the area, known as Metallophytes plants, which extract minerals from the old buildings, extract minerals that would kill many other types of plant life. The cave-like set up of the area has also created an environment for horseshoe bats and in recent times, the rarely seen pine marten.

Although the walks range in difficulty, with each one has it’s own aspects to savour, whether that be views of Mael Siabod and the Conway Valley, walking along the Conwy rivers of Llugwy, Lledr and Machno, the Grey Mare’s Trail waterfall or of course the previously mentioned tunnelled mines that run throughout the park. 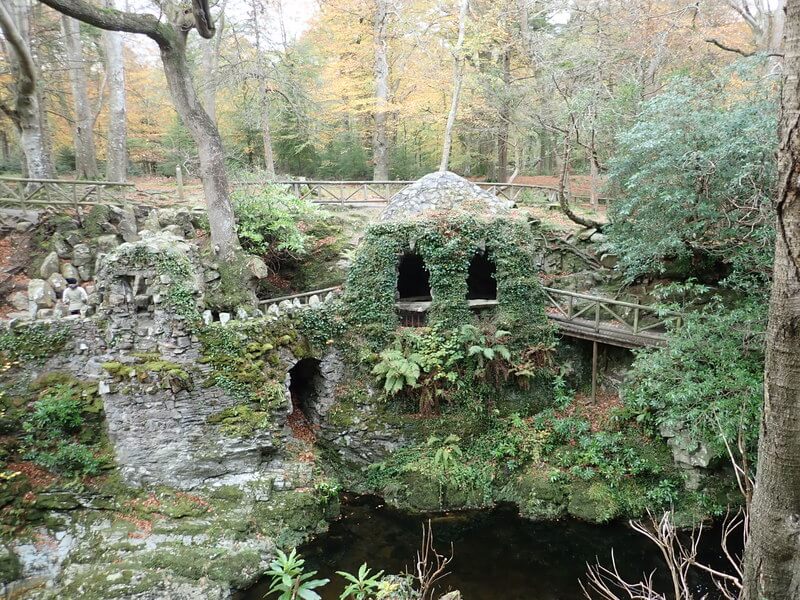 Covering an area of 1,600 acres and located at the foot of Mourne Mountain, Tollymore was the very first forest in Northern Ireland to be transformed into a state forest park. Although there is a variety of woodland walks across Tollymore Forest Park, probably the most popular and rewarding is the 14.3km circular Mountain & Drinns trail, that runs parallel to the River Shimmie, a famous breeding ground for salmon, kingfishers and dippers and is another site of Scientific Investigation.

On this journey, walkers take in views of Luke’s Mountains, Northern Mournes, Dundrum Bay, Newcastle, Foley’s Bridge, Shimmia Gorge, and even the Irish Sea. There’s also a wide range of wildlife around the forest, including fallow deer, red squirrels and pine martens.

The Forest of Bowland, Lancashire, England

Taking up a large part of North-East Lancashire and spilling over into North Yorkshire, it’s been both described as the ‘Switzerland of England’ and ‘England’s answer to Tuscany'. The Forest of Bowland was designated as an ‘Area of Outstanding Natural Beauty’ in 1964, and with gritstone fells, deep valleys and Peet moorland, it offers a range of some of Britain's best woodland walks.

Across the best forest walks of Bowland, walkers will experience a range of both scenic and iconic landmarks, including Lancaster Castle at the Trough of Bowland, Breacon Fell, Slaidburn’s Dark Sky Discovery site and nearby Reservoirs, Whitendale, which is believed to be the the Geographic Centre of England, and not the mention Pendle Hill.

For fans of the Hobbit and Lord of the Rings, there is also the Tolkien Trail, giving walkers the chance to retrace the author’s steps along the Ribble Valley that helped him create his literary masterpieces.

Sitting at the heart of Loch Lomond and in the Great Trossard Forest National Park Reserve, the 12044 acre Glen Finglas Estate is one of the finest examples of woodland conversation in Scotland.

A popular former hunting ground for royalty, there is a wide range of wildlife living within the grounds, including red deer, ospreys, otters, badgers and golden eagles, living amongst an array of different plant life, such as alders, bluebells, primroses, but to name a few.

To experience the estate in its full glory, The Mell Circuit is seen by many as one of the best woodland walks Scotland has to offer. With it being a 27km round trip, it will take walkers the best part of the day, but with sites including the Glen Finglas Reservoir, Lendrick hill and also Moine Nan Gach.

Although the term ‘enchanted’ sounds strange, in reality an enchanted forest is a woodland area where it's safe for children to run around and play in safely without getting easily lost.

One of the better known enchanted forests in England is that of Longshaw in Derbyshire. Located in the eastern part of the peak district, Longshaw involves activities such as boggart hunting (boggart are goblin like creatures that reside along woodland walks), giving your kids hours of fun and letting them run as wild as the creatures they are trying to catch.

If you’re looking for a slightly more grown up walk, or a woodland dog walk, there are a number of different forest walks, including the 6.3km trail round the Longshaw estate will give you spectacular views of the Derwent Valley, as well as the chance to spot red deer and grazing cows. When it comes to variety, Longshaw has some of the best forest walks England has to offer.