The Best of Britain: Coastal Walks in the UK

Looking to discover more of Britain's beautiful coastline? Check out our hand-picked selection of best coastal walks across every part of the UK. 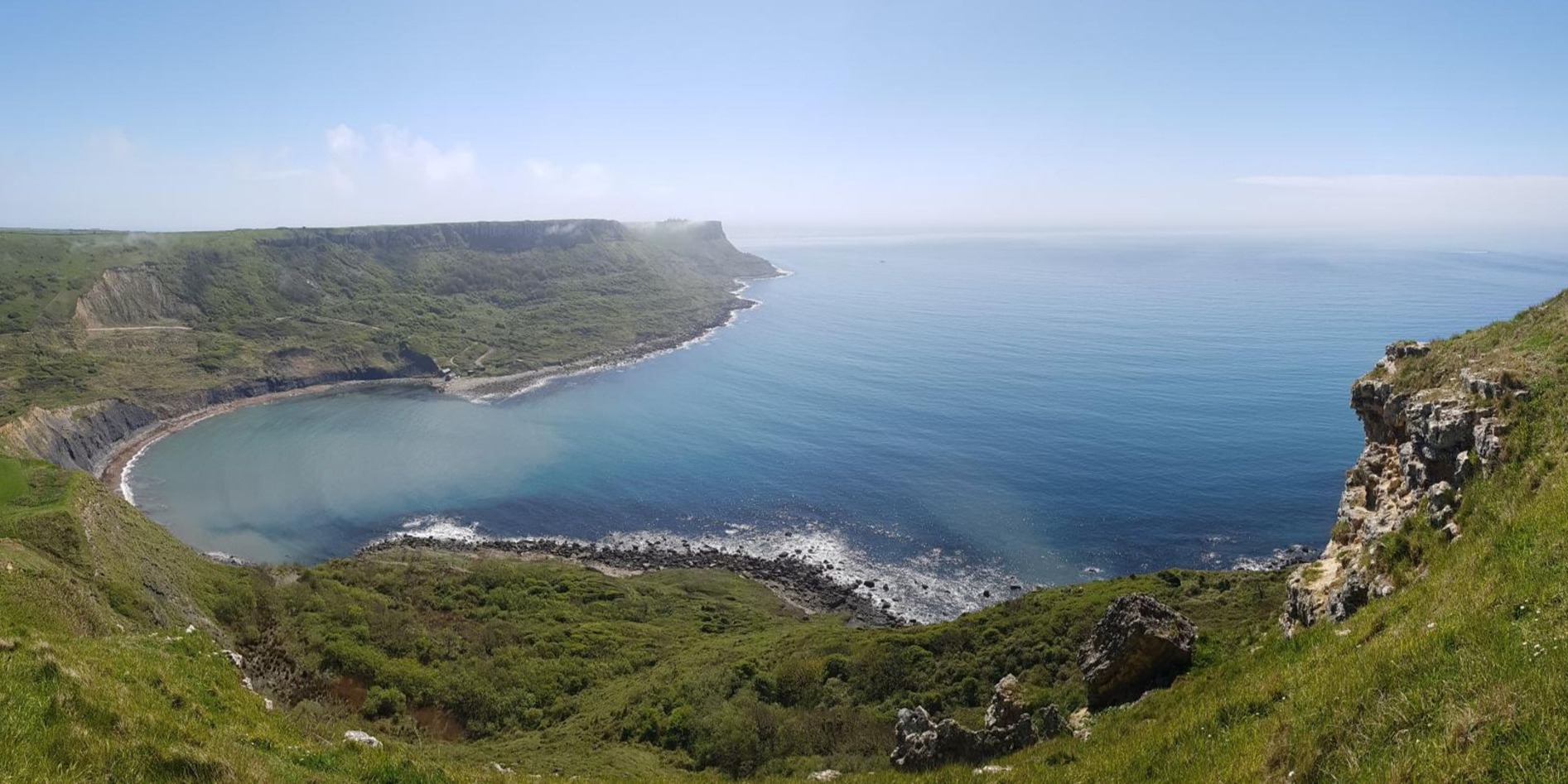 There’s never been a better time to start exploring the British Isles. From John O’Groats, across to the Causeway coast, all the way over to the channel crossing to France, there are so many beautiful coastal walks in the UK.

Here’s some of our favourite walks.

The Coast to Coast Walk, England

Devised by Alfred Wainwright in his 1973 book of the same name, this 293km walk is (unofficially) the longest un-signposted walk in Northern England. Although it is usually done over the duration of two weeks, this is still seen as a fairly difficult walk, due to the terrains you will come across three very different national parks - Lake District, the Yorkshire Dales and the North York Moors. Starting by the Irish sea at St Bees beach, and finishing at Yorkshire’s Robin Hood’s Bay and the North Sea, the Coast to Coast walk also takes you past rural highlights such as Ennerdale Water from Anglers Crag, Nine Standards, and the Cleveland Way. As it was devised a long time ago, there have been many revisions made to Wainwright's original route, some of which have been as recent as 2003.

When undertaking the Coast to Coast walk, it is important to decide how you will approach it. There are a number of different ways to break up the days, although one issue that will remain is the 37km trek from Richmond to Ingleby Arncliffe. There will be ways round this, but it’s best that walkers do not over stretch themselves, there is a long way to go after that. For any truly experienced walkers looking to make history, the record time in which The Coast to Coast Walk has been done was in 39 hours, 36 minutes and 52 seconds by Mike Hartley in 1991.

The route running between the village of Freckleton on the Flyde coastline and the area of outstanding natural beauty that is Silverdale, this is one the best coast walks in the north west of england. The length of the Lancashire coastal way is of some debate. According to the Long Walkers Association, it runs for 106km, but for the route Lancashire County Council, the walk is longer, running at 220km. On average the walk takes from 4-6 days.

This long distance coastal path that runs between Merseyside and Cumbria, combines the beautiful views of Morecombe Bay, Bowland Fells and the Lake District with the history of industry based on iron, salt and limestone that took place during the nineteenth century. Once walkers have reached Silverdale, there is even the option to continue onto the Cumbria Coastal Way towards the scottish town of Gretna.

A trip that takes you around Britain’s most northern easterly corner, why not experience where the Atlantic ocean meets the north sea and one of the naturally wildest areas in the country. There are many charming names for the sea along the strait of Pentland Firth, including Wells of Tuftalie, Bore of Huna and Merry Men of Mae, but it’s most commonly known as the ‘Gates of Hell’.

The walk is littered with a series of lighthouses, the most famous being Duncansby Head lighthouse, which was first set up as a fog signal in the First World War, and attacked by german machine guns in World War Two. To get the full effect on the ocean and the surrounding scenery, this 2-3 hour walk is best done at dusk.

Taking walkers all the way along the most westerly point of Pembrokeshire coastline, this 2 hour circular route gives you the wildlife of Martin Haven beach and Deer Park (although no deers), the views of Skomer island from Wooltack point. Starting off near the raggle rocks of the Marloe sands, walkers will navitage 6.4 km of both beach and cliff walks, walking past the area’s iron age settlement and spotting seals, seabirds and porpoises as they go. Given the various terrains and rugged pathways, this is seen to be a walk of moderate difficulty.

Despite being only 2 hours and 45 minutes long, with a clear day allowing panoramic views of the north france coastline, this Kent circular coastal walk is packed full of recent wartime history. The first of these cliff top stops is the Winston Churchill statue at The Pines Calyx, reminding us both of successes and tragedies of Dunkirk and Normandy. Further along this south coast walk is the South Foreland Lighthouse, and even after all this time, former gun positioning points are still visible.

Other landmark highlights on the walk are a former coastguard station at Leas that looks over the Single Beach of St Margarets Way and for James Bond fans, the beach house that author and Bond creator is believed to have written the book ‘Moonraker’.

As an area full of wildlife including Eider Ducks, Seals and Porpoises, steeped in ancient and modern history as both a Viking settlement and home to one of Northern Ireland’s defence points during World War 2, and with views of the Copeland Islands and the Irish Sea towards Scotland, this is a coastal walk that has something for everyone. Located in County Down, the 4.8 km Orlock Point Walk is deemed to be an easy journey, although it is important to note much of the walking is along cliff faces and there are some tricky steps to navigate.

As the name suggests, this walk is a haven for bird watching, with puffins, guillemots, razorheads, shags, kittiwakes, shuas making the high clifftops St Abbs Head their home. If you head inland to Mire Lock, you will be also able to spot swans and ducks, as well Gannets catching fish. Other landmarks include This 7km walk should take around 2 hours, but it is important to add that it can get very windy and with exposed cliffs, there are wild drops thoughts, especially at St Abbs Head.

Not only is this one the finest coastal walks Yorkshire has to offer, but also offers spectacular views of the North York Moors, including Howdale Moor and the old Scarborough to Whitby railway line. Once you’ve reached the coast, you’ll be able to experience the Cleveland Way National Trail via the old alum works industrial site, along with rock pooling and fossil hunting at Robin Hoods Bay and the nearby Boogle Hole. At 17km in length, this can be done in just over 6 and half hours, although it is still seen as a strenuous walk.

Located in the Murlough National Nature reserve, this is seen as a walk of moderate difficulty and at 4.8kms in length, it’s estimated to take one and a quarter hours to get round. It’s an area of superb beauty that brims with both wild plantlife, rare butterflies, birds and seals, although it’s also to be careful throughout that you do not damage the natural habitats that surround you .There is also the opportunity to look out over the Mournes Mountains, Slieve Donard, Slieve Commedagh and also the Dundrum Castle that dates back to the 12th century.

Combining a beach walk with an inland stroll, this 4km moderate walk is brimming with a range of wildfire, spectacular mountain views, and widely seen as one of the best views of the Llyn Peninsula coast. Although it will only take two hours at a maximum, there is the opportunity to visit the famous Ty Coch Inn that's located on Porth Dinallaen, known for its excellent beer and food selection, as well as stunning beach views.

Not far from the city of St David’s, this walk is 6km, will take 2 hours minimum and is one of the finest coast walks Wales has to offer. The second pembrokeshire walk on our list, and also has an iron age background, noticeably the remains of a fort and a selection of huts. Starting off at Whitesands beach, walkers will encounter a range of different beautiful coastal landscapes, including Porth Melgan, Carn Lidl and the stony beach of Porth Lleog. Walkers will also have the chance to spot wild welsh mountain ponies, as well as seals in the water below. Although there are some climbs, this has been deemed an easy stroll.

Starting off at the harbour town of Anstruther, known for its superb fish and chips and finishing in the famous winding streets of Crail,discover the world of East Neuk fishing village with this 2 hour tour. Not only are In total the fife coastal footpath runs for 188km, but these straightforward 6 miles are one of the finest coastal walks Scotland has to offer.

One of the largest coastal walks Northern Ireland has to offer, covering 33km and will take visitors 2-3 days to complete. Along with the amazing views through probably the biggest highlight of the walk itself is experiencing the sights of Giant’s Causeway (which itself has many different walking routes to be undertaken) but there is also the rope bridge of Carrick-a-rede, Slemish Mountain, Rathlin Island, not to mention Glenariff Nature Reserve Waterfall Park. Of course, due to its length, this walk is not for everyone to undertake in one full go, although however far you go, you will see some of the jewels of the Northern Ireland coastline.