Looking for a sporting spectacle for your night in? Here are our top sporting documentaries Netflix currently has to offer. 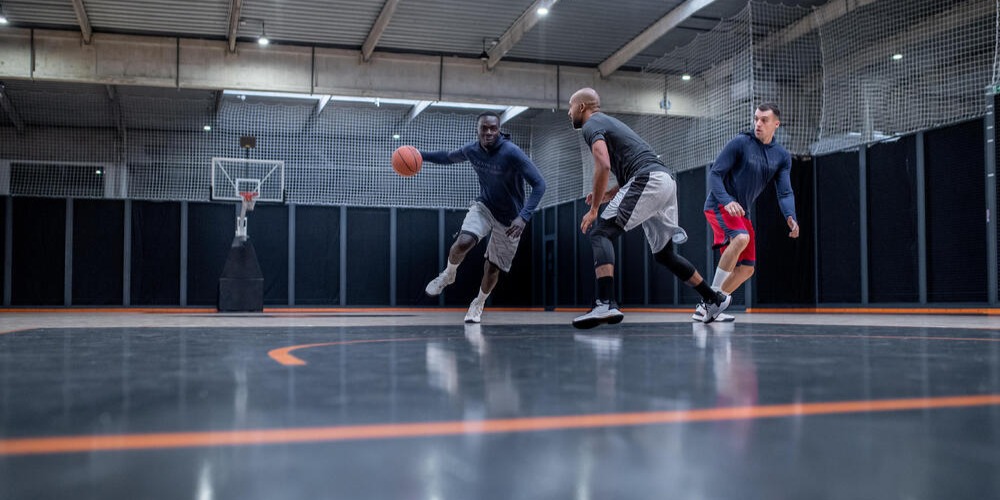 It was once that a good sporting documentary would come along once every five or so years, and even then it would often not get the recognition it deserves. However, with the rise of streaming sites such as Amazon Prime, iPlayer and of course Netflix, they’re not only reaching their audiences, but the demand for it is continuously growing. So if you’re in the mood for something to ignite your streaming experience, here’s our rundown of the ten best Netflix documentary films or series from 2020.

A joint ESPN-Netflix production, and one the most talked-about documentaries during the UK lockdown in the first half of 2020. The Last Dance follows Basketball and sporting legend Michael Jackson during the 1997-98 NBA season, which would be his last in a Chicago Bull Jersey, while also looking back at his life and career. Using a combination of modern-day and archival footage and interviews, which include coach Phil Jackson, Scottie Pippen, Dennis Rodman, many famous sports journalists, not to mention the great man himself, this has established itself as one of the great sports documentary series and is a must-watch (if you haven’t already).

Did you know? The Last Dance is the most viewed ESPN documentary since the broadcaster was founded in 1979.

If you’ve seen the much-talked-about 2018 Free Solo, you may or may not remember Tommy Caldwell’s role as an interviewee. However, this documentary from the same year puts Caldwell centre stage as he attempts to scale the Dawn Wall of the El Capitan mountain in Yosemite Park. With the backdrop of Caldwell’s tumultuous rock climbing career, we track him and his partner Kevin Jorgson as they tackle the previously undefeated rock face.

Did you know? Caldwell lost half his finger in a woodworking accident in 2001.

A Netflix Original and the winner of the 2017 Oscar for best documentary, Bryan Fogel’s investigation dives deep into sports doping. The documentary begins with Fogel attempting to prove that the way Athletes are tested for performance enhancing drugs is insufficient. To do this he has a doping program created for him by Russian scientist Gregory Rodchenkov. However, as Fogel is taking part in the program, Rodchenkov reveals information regarding Russian state sponsored doping programs that have been taking place since 1968. As these allegations become broadly known, the walls begin to close on Rodchenkov, with Fogel fearing his interviewing subject might be in danger. A sports documentary that should not be missed, that shows the dark side of the sport.

Did you know? Although it was a hit at the 2017 Sundance Film Festival, many believe it was for that reason the festival was targeted by Russian hackers.

4) Sunderland Till I Die

Running Time: 14 episodes over two seasons , 37-42 minutes each (first season with 8 episodes, the second with 6).

In 2017, Sunderland Athletic Football Club was relegated from the English Premier League for the first time in many seasons. This fly on the wall Netflix sport documentary looks at the highs and lows of both inside the club, talking to the chairmen, the managers, and the players, as well as speaking to lifelong fans around the city of Sunderland, showing just how much impact the fortunes of sports clubs can have on the lives of those that love them most.

Did you know? The production company Fulwell 73 were previously interested in buying Sunderland before filming began.

It’s commonplace in sport to put the athletes on a pedestal, without ever really looking at those behind the scenes, at the coaches that combine both strategy and management to make the impossible possible. This Netflix Original Docuseries interviews some of the world’s great modern sports coaches, including football managers Jose Mourinho and Jill Ellis, Basketball coaches Doc Rivers and Dawn Stately, and elite Tennis Coach Patrick Mouratoglou, who give their fascinating takes on what is required to succeed at the highest levels of sports management.

Did you know? Basketball superstar Lebron James is one of the series’ executive producers.

This is a documentary that explores the mindset and lives of the intrepid athletes and is perfect for both thrill-seekers and those who simply cannot understand why anyone would put themselves through so much risk and danger. Directed by esteemed director Thierry Donard, Magnetic travels to some of the world’s most intensely beautiful settings. From the Portuguese waves of Nazare to the slopes of Chamonix and the summit of Mirshakar in Pakistan, it’s as much a spectacle as it is a journey into the psyche of the extreme sportsperson.

Having struggled with health issues from a young age, to rising through the ranks and becoming an iconic face or mixed martial arts, this documentary shows Ronda Rousey behind the larger than life persona. It’s perfect for anyone that wants to know more about Rousey and an amazing example of how sport can inspire people to fight on, whatever their situation.

Did you know? Rousey’s mother Anna DeMaris, was the first American winner at the Judo World Championships.

A 2013 documentary that follows the trials and tribulations of 8 young golfers at the children’s’ US World Golf Championship. Starting 6 months before the tournament begins, we get to understand the background and cultures of these different players, the pressures they go through from their parents and what they love most about golf. Although a charming story, it also shows the tough elements of being a child sporting prodigy.

Did you know? One of the golfers, named Allan, is the half brother of former tennis player Anna Kournikova.

Released in the early part of 2020, this is a documentary that focuses on the history, or rather the ignored history of parathaletes. As well as looking at some of the ways sporting governing bodies has treated those with disabilities in the past, even as recently as in the 2008 Beijing Olympics, it also talks to modern-day Parathletes such as sprinter Jonnie Peacock, fencer Bebe Vio and Tatyana McFadden, the wheelchair track and field athlete. In these interviews they do not focus on their disabilities, but instead what sport means to them and how they fought against the odds to become what they are today. An inspiring sports documentary that deserves to be seen by as many people as possible.

Did you know? The Paralympic Games are the third most-watched sporting event in the world.

Sports films are so often about those that achieve greatness but rarely look at the other side of competition. This docuseries follows some of those sportspeople that have tasted defeat in the harshest of circumstances, and how they drew strength from those losses and how it shaped them. Although it features a wide range of sports including golf, figure skating curling, and boxing, you’ll be able to both enjoy and empathize with it regardless of your interest in that said sport. Because everyone has been a loser at some point in their lives!