The Most Common Types of Bicycles, Explained

Thinking about what type of bike to get? Check out our rundown of the different styles of cycling, and what’s best for you. 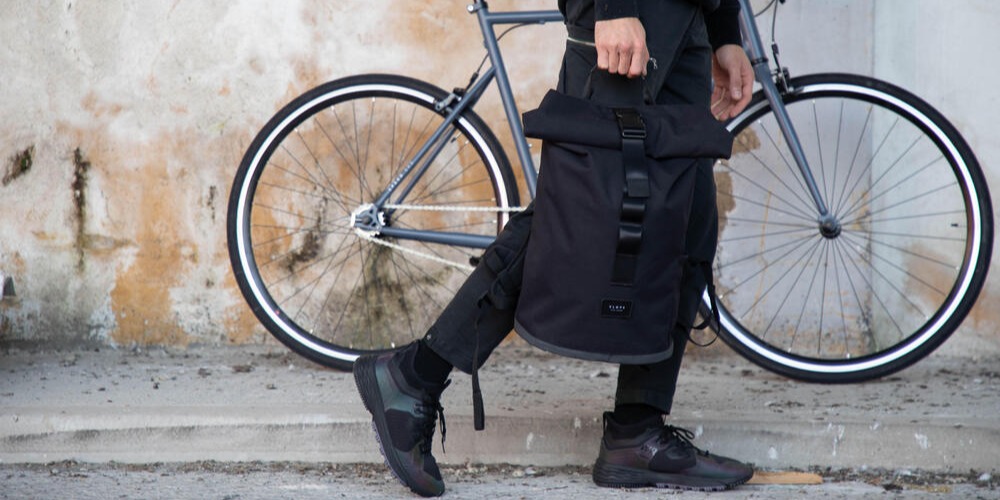 Credit: The most common types of bicycles explained

According to historical records, the origins of cycling come from the gardens of the Paris royale in 1791 with a two-wheel contraption known as a ‘Celerifere’. Now, having been in existence for over three hundred years, it’s fair to say that there is a wide variety of cycling styles and also types of bikes to fit those needs. In this rundown, we look at the different kinds of bikes, and how each one could benefit your cycling style.

The Different Types of Road Bike

Ideal for speedy rides across smooth flat terrain and paved surfaces, and has become a popular method of cycling, both as a form of daily transport and for weekend excursions. Made with drop handlebars that are designed to allow three different types of hand position whilst riding, and with a lighter frame and thinner tyres, this offers a more streamlined experience than many other types of bike. However, their design does also result in them being uncomfortable to ride on unpaved surfaces, and cannot hold heavy loads, meaning they are unsuitable cycling activities such as touring.

A road bike designed for maximum aerodynamic performance, including handlebar that allows the rider to crouch forward and minimise wind resistance against your body whilst riding. It also has a shorter wheelbase, and a solid disk or spoked wheels. This is also known as a Time Trial Bike, it is one that is purely built for speed, and should not be raced alongside others.

Built to be raced across a wide range of surfaces, including paved, unpaved, grass and gravel. A cyclocross has the same drop handlebars as a normal road bike but has slightly wider tyres which allow better off-road traction and performance, plus a different braking system that stops mud from getting into the frame. They’re seen by many as a road bike for more traditional cyclists, and also known as cross bikes and cx bikes.

Known for its versatility, this is a model of many different names, including any-road bike, all-road bike and adventure road bike. With drop handlebars and wider wheels, the gravel bike shares many similarities with the Cyclocross bike. However, with a longer, more upright frame, it is far better built for long rides than the aforementioned model and is a better option for touring and commuting. Click here for more information.

More durable than other members of the road bike family, this is a touring bike for longer journeys. Made with all the necessary features, including mounting bolts for a cargo rack, and relaxed frame that allows the rider to be up upright and more relaxed whilst riding in further distances. However, the drop handlebar still remains. Touring bikes also feature a lower set of gears, making them far better suited for carrying heavier loads up steeper climbs such as mountains and hills.

These share many of the advantages of a normal road bike, including a light frame and narrower tyres, but with a flat or upright set of handlebars. Also known as a flat-bar road bike and a performance hybrid bike, this model is also able to deal with wider tyres and can handle a variety of terrains and with the ability to mount cargo and fenders, they make for great commuter bikes.

Designed to encapsulate the very best qualities of both road and mountain bikes, giving the rider greater freedom and versatility. They are set up with upright handlebars, large padded seats which allows a comfortable riding posture, plus medium width semi-smooth tread tyres that work for both a cycle around town and slightly rougher terrain. While not suitable for mountain trails, many do have a good front-end suspension, although some are also more rigid. Formerly known as Cross Bikes, this model is perfect for commuting.

Built for those who love the adaptability that the hybrids offer, but also want to be able to go into attack mode whilst out cycling. This is done by keeping hybrid features such as the flat upright handlebars and the front end suspension (for most anyway), but have swapped the large padded seat for a more performance orientated seat. Great for commuting as well as long, touring style cycles.

Similar to hybrid bikes in the sense that they are made for a variety of cycling styles and feature a larger riding seat and a frame allows the cyclist to ride in an upright position. Other features include wider ‘balloon style‘ tyres and handlebars that are more upright than a hybrid. Cruiser bikes are usually single or three-speed and feature an old-style coaster pedal, that requires you to pedal backwards when you want to stop. It would be advisable to ride cruiser bikes on flat surfaces, for example, a ride to the shops or a short commute.

Also known as a track bike, this is a model built for the velodrome (a banked circular track made for bike racing). The fact they only have one gear means your feet need to be pedaling at all times. For this reason, they are also the go-to bike for those who prefer cycling without brakes. It’s commonplace for fixed gear bikes to have drop handlebars, although some riders prefer to go for upright handlebars. This bike is also used for commuting due to its straightforward design which makes maintenance simple.

One of the more recent arrivals to the bike family. Built with a chargeable battery and silent motor which appears on either the front, the middle, or rear hub of the bike. This motor kicks in once the riders start pedaling, meaning that using an electric bike is an excellent way of simplifying a tougher cycle. They come in both hybrid and folding forms, and on average are 10kg heavier than a standard bike.

As the name suggests, this model is specifically made for off-road trails and terrains. Mountain bikes with both front and rear shock absorbers are known as ‘Dualies’, whereas ones with only front suspension are called ‘Hardtails’, and one with zero suspension are called ‘Rigid’. Both styles also have a low gear range that’s perfect for steep trails and have either flat or upright handlebars. This is a type of bike that can be repurposed for commuting or touring, although they lack the dynamism these cycling styles often require.

A subcategory of mountain bikes is the fat bike, which are known for their very wide wheels.

On the smaller side of the bike family, the BMX, which stands for Bicycle Motocross, is mainly used for off-road activities, such as freestyle, park, and street cycling. Its frame is light, strong, and easy to manoeuver and while it does vary depending on the type of BMX, they will traditionally have wider, thicker wheels, which are far better for dirt tracks and shock absorption. They also only have one gear and a minimal (and sometimes non-existent) braking system.

Whether it’s on the train or a long car ride, this is the ideal bike for life on the go. Made to be folded down to a compact size, meaning you can store it away when not being used. The features of a folded bike include an upright frame and smaller wheels, of which the latter makes them slightly less easy to handle than a standard bike.

A model with a long, low design and a full-sized backrest, and is available in two and three-wheel form. This bike is seen by many as the most comfortable way to cycle, although its shape and size does mean it struggles with riding up hills and can be difficult to carry around or fit in a car.

Although they come in a variety of styles and models, the tandem is quite simply a bike with two sets of seats and two sets of pedals. Commonly used a form of sightseeing.

Combining the upright riding position of a cruiser bike with the wheel size of a hybrid, for many, this is what is also known as dutch bikes. It may also have a fender, chain guard and skirt guard on the rear wheel, and are often built to be more amenable for riding with regular clothing.

The name city bike can also be used as a descriptive term for a variety of models that are good for commuting, such as fixed gear, road and mountain bikes.