Niklas takes on the North Cape 4000

Published by MikeMc from Decathlon 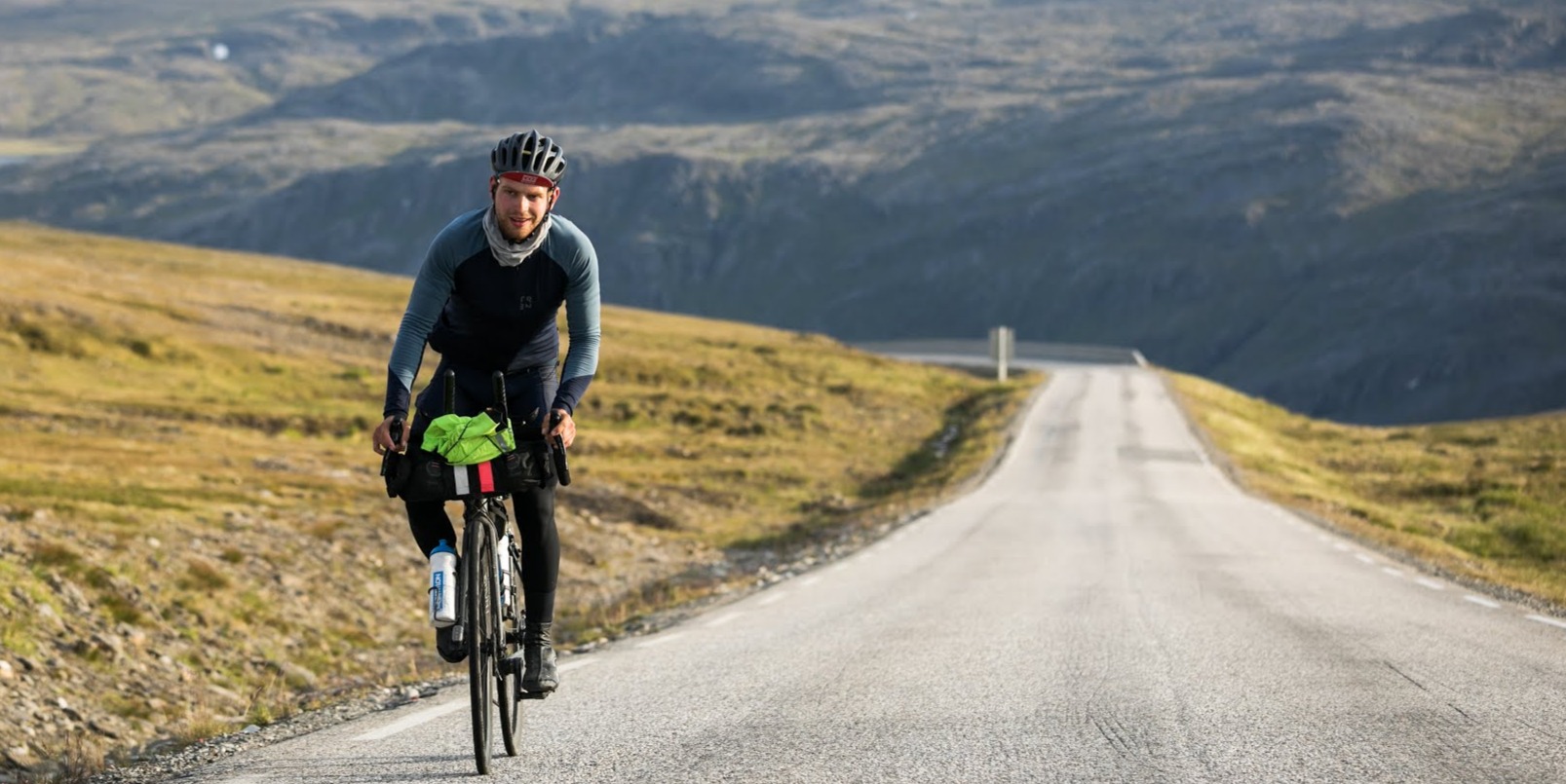 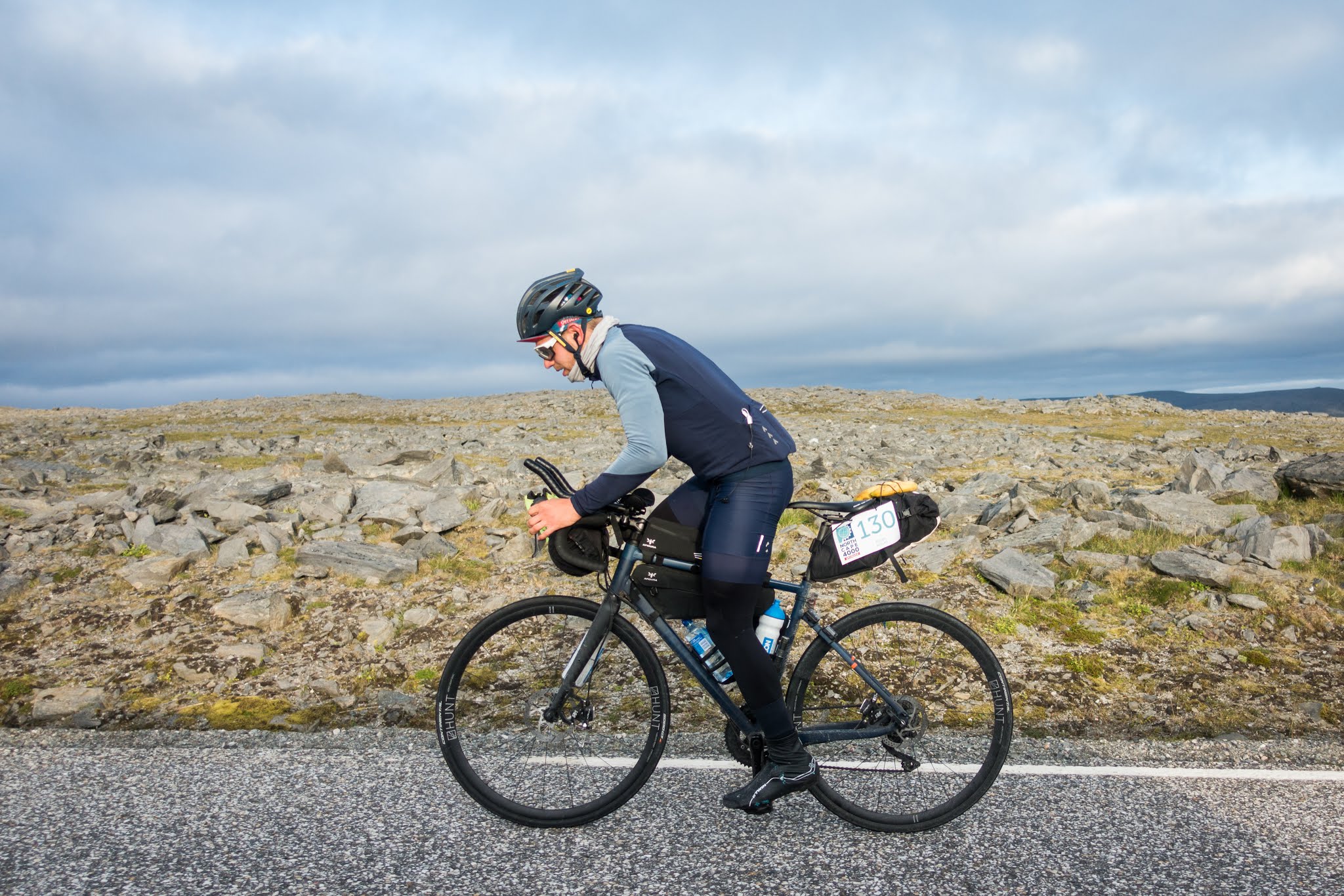 The NorthCape4000 is a fully self-supported cycling adventure. It covers 4300 km and passes through 10 countries, making it the longest unsupported bikepacking event in Europe. This year Niklas, a sales assistant at our Koblenz store, took part for the first time. He tells us the tale of his 13-day expedition to the North Cape.

"The NorthCape4000 is an event I've had my eye on for about 3 years. The principle is simple: you set off from Italy and there's a fixed route each cyclist has to follow as far as the North Cape in Norway, Europe's most northerly point.

So you quite literally go to the ends of the earth.

GRAND DEPART AT THE FOOT OF THE ALPS

It was a sunny start, outside a castle, and the atmosphere was fantastic. Seeing the 160 participants there with their bikes and all their pannier bags was really quite something. I've never been so excited before when doing a race!

I didn't think the first 1000 kilometres looked very daunting, but those mountainous routes through the Alps and the Jura were seriously hard work.

On the first day, only 140km in, we took on the 2473m Great St Bernard Pass. It was followed by other, smaller climbs on the way to Lake Geneva.

I quickly found my rhythm and tried my best to stick with it. I took few breaks (to avoid wasting lots of time unnecessarily) and aimed to follow the same routine each time: I'd pop into a supermarket or service station and stock up on provisions for the next 3-6 hours (depending on how close the next big town was). Most of the time I'd refuel on the go. During the race, I managed to get my rest times down to an average of 15 minutes every four hours.

On the first night I slept in a bus shelter just outside Neuchâtel. Unfortunately I didn't exactly have a choice as a bad storm hit suddenly. I then carried on to the first checkpoint in Strasbourg. I got there after an 11-hour ride through the driving rain. To my great surprise, I found I was in sixth place. I hadn't expected that at all; my aim was simply to get to the finish. So I checked all the latest info and carried on my merry way.

RIDING SHOULDER TO SHOULDER WITH AN ITALIAN

The next day's ride took me across the rolling countryside of France, Luxembourg and Belgium as far as the second checkpoint in Bastogne. I arrived at around 2pm with Vivaldo, an Italian I'd met at the hotel that morning. As we were both roughly the same level, we stuck together for around 5 hours. Drafting wasn't allowed so we rode side by side or a few metres ahead of / behind the other one.

We arrived in Germany having covered around 1000 kilometres. After a very tiring – and boring – 300 km in a completely straight, flat line, we then got two days of more favourable winds. We reached the port of Frederikshaven, in Denmark, on the Thursday at 9pm. The first major goal was under my belt! The tricky thing about this ferry to Oslo was that it only left once per day at 9:15am. If you missed it, you had to wait 24 hours. So I was very happy to be boarding it on the Friday morning with the first 2000 kilometres now behind me.

Lots of people had ridden through the night to get to the ferry on time, so there were about 20 of us on the same boat. The 8-hour trip gave us plenty of time to share our experiences in what was a very different atmosphere to other cycling races (normally you're just trying to figure out who's got the most expensive bike!).

Having checked in at CP3 in Oslo, I had 2400 km of cycling through Scandinavia remaining. I was a bit worried though, as I'd never ridden in this region before and I knew that the weather could be fairly harsh.

THE FORESTS OF SCANDINAVIA

The route started out in the forests of Sweden, past many, many lakes (seriously, there were a lot of lakes!). I feel like Sweden is nothing but lakes and forests! The change was striking as we said goodbye to the densely populated Germany and Denmark and headed out into the vastness of Scandinavia. I now needed to be much more careful about nutrition, regularly checking what service stations and supermarkets there were along the way, because there were sections with nothing for 120 km…The weather also reared its head as we journeyed further north. Long gone were the 25-degree temperatures of the first few days; instead we were facing temperatures of around 15 degrees, and ever-shorter nights.

When I reached Mo i Rana, after 1100 km on my bike, it was the first time I found myself completely overcome with emotion. The feeling of starting out in the Alps and finding myself, eight days later, on Norway's Atlantic coast was indescribable. The next day, some long, arduous climbs took me to Bodø, just inside the Arctic Circle. It was an equally special feeling.

On the evening of 6 August, we took our second ferry from Bodø to Moskenes on the Lofoten Islands. I arrived at 10pm and decided to put in a few more kilometres that day. The landscapes and vegetation were absolutely fascinating.

Early on the Wednesday morning I found myself in the city of Svolvær and at the fourth checkpoint. I stopped off briefly to get my book stamped and was quickly back on the road. At that point, I had just 800 km left to go. The end was almost within touching distance.

THE TOUGHEST TWO DAYS OF MY LIFE ON A BIKE

The next two days were the toughest of my life on a bike. The weather was changeable, with rain from time to time and a northerly wind, which meant it was a headwind all the way. Having cycled 3500 km in 10 days, it was no surprise that my legs weren't as fresh as at the start, and the last few days had really taken it out of me. But my friends, family and colleagues from the Koblenz store were constantly on my mind and I knew they were supporting me from afar. So I dug down deep and found myself overtaking Meaghan from Canada. I was now in fourth place!

Paul from Switzerland was just 20 km ahead of me so I made it my goal to catch him up. I drew level with him on the Thursday evening but I was so exhausted I had to sleep for a bit (even though some of my team were encouraging me very persuasively otherwise!). A short nap at a service station, and 3 hours later I was ready to tackle the last 250 kilometres. Paul had shortened his break to just 2 hours and set off with a 25-km head start. It was a tough day and I was totally fed up. I was averaging just under 22 km/h but I was still tired. I spotted a sign at the side of the road: North Cape 99 km.

I only had one choice: give it a final push!

There were just two obstacles left. First up was an undersea tunnel with a 9% gradient: 3 km at 9% down to 200 m below sea level, then a 3-km climb. But it wasn't just bikes that were allowed to use the tunnel - so were buses and lorries. It was an experience I never want to go through again in my life.

After the tunnel, I found myself on the island of Magerøya with a mere 30 km remaining. It was no mean feat, with 650 metres of climbing over 30 km, but the landscape was unbelievably beautiful. And - the icing on the cake - the sun came out and I was able to enjoy those last few moments to the full!

I arrived on Friday 9 August at 7:12pm. I picked up my finisher's stamp at the northernmost point in Europe and was bursting with emotions as I had my photo taken in front of the globe-shaped sculpture. It was simply indescribable! 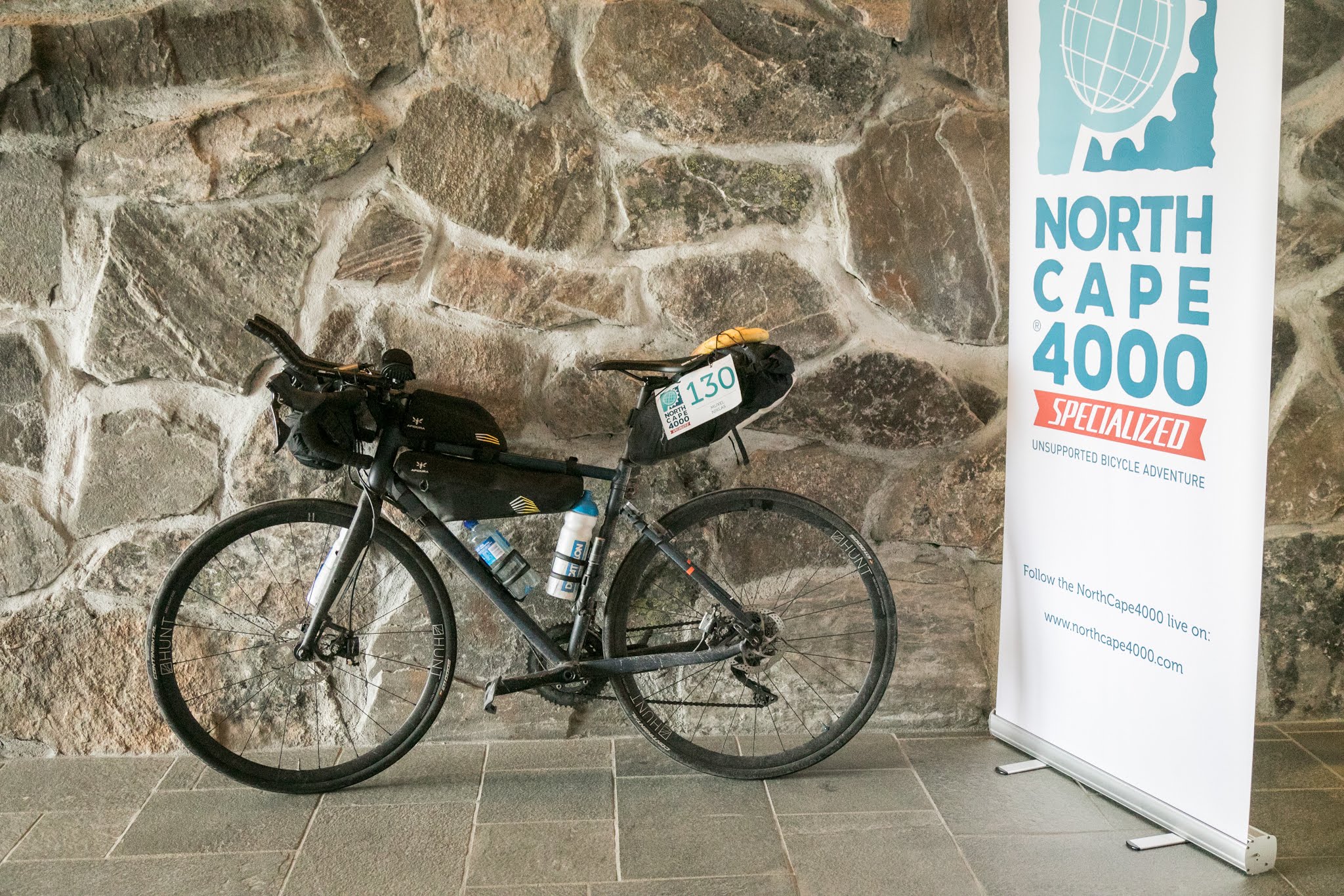 My travelling companion was the current Triban RC520! I tried this bike for the first time in February and was instantly hooked. It's super comfortable over long distances but it's no leisurely cruiser; it's a real road bike.

I adapted the bike to suit my needs. I wanted as little weight as possible when riding, so I swapped a few parts for slightly lighter ones. First up, I changed the rims and tyres (Hunt Aero Light Disc Wheelset with Continental GP 5000s) as well as the handlebar and stem (Deda Elementi stem with a Ritchey flared handlebar). I also mounted Aptonia tri bars (long distance).

I chose a carbon seat post and the San Marco Aspide Supercomfort saddle (the crème de la crème of racing saddles: very light and just really comfortable!) The frame and derailleur remained unchanged from the standard bike. All in all, excluding food and water, it weighed in at a total of 15.8 kg.