Perfect for both the home wall and the outdoors, check out Rockface Adventure's rundown of their thorough testing of a bouldering crash pad. 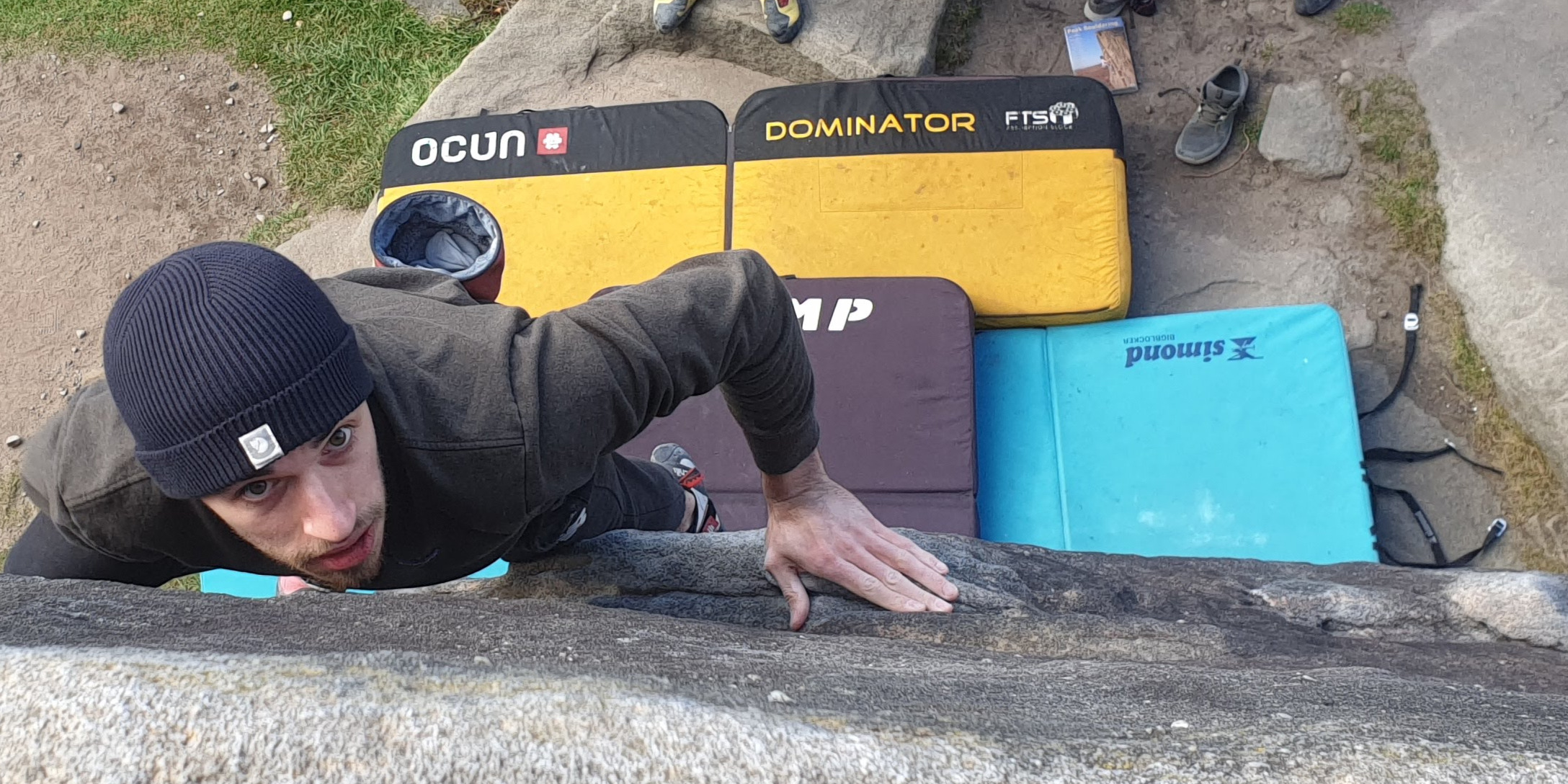 After putting the Simond Bigblocker through the works, falling on it over a hundred times already, we now have two as a base for our home training wall and have not looked back on that decision.

As with many of the pads on the market, the Bigblocker features a layered construction of polyethylene (PE) and polyurethane (PU) foam (i.e. high density and low density). It starts out on the soft end of firm, giving in time to create a comfortable landing for medium height problems, but it can feel a little lacking on the highballs (although what single pad wouldn't?). The design flattens out with ease and its hinge design makes it easy to store. This is a medium thickness mat, perfect for most terrain.

The Bigblocker has what is probably the most comfortable carrying system we've used. The straps are made of broad padding, which cover a wide surface area around both the shoulders and waist. Initially we weren't quite sure how these were going to handle, but they're easy to fasten and even easier to undo when you arrive sweating at the crag. Again, due to the breadth of the straps used around the waist belt, you really do get a feel that they're taking weight of your shoulders, not to mention hugging the pad against the pack, which adds further stability.

If that weren't enough the pad's design means that there's plenty of space down the middle for packs, jackets, and anything else you're likely to need for the day out. In short, the Bigblocker is pretty much ideal when it comes to longer walk-ins.

This is is a pad that is built to last, with quality materials throughout and very little to go wrong. is sturdy, easy to clean and can handle the rain well.

Whilst it may not be the most exciting of 'other features', the Bigblocker has a variety of handles for carrying, which are ideal for dragging the pad from problem to problem.

An easy storage for brush sticks and clip stick sits within the seam. Additional the PVC base keeps the pad from soaking up dirt, and its textured.

The texture might seam cosmetic but It does seem to prevent unwanted sliding that can happen with other PVC backed pads.

The Bigblocker is a great pad for its big size and price, our closest pad in size is still smaller than this pad, so is a little too big to fit int the car boot. That doesn't hold us back, as we wouldn't go bouldering without at least one of these pads.

For home use, at 1.1 meter wide and 1.4 long, its's only taken a couple of pads to cover the base of our home climbing wall.

Up to 25 degrees overhanging you would only need two mats, past this we recommend 4 mats

At 33.6 our home training wall gets by with 2 of these mats and one other.