Ready to channel your inner Bear Grylls? It's time to look at some longer hikes! View our 5 best long distance walks in the UK. 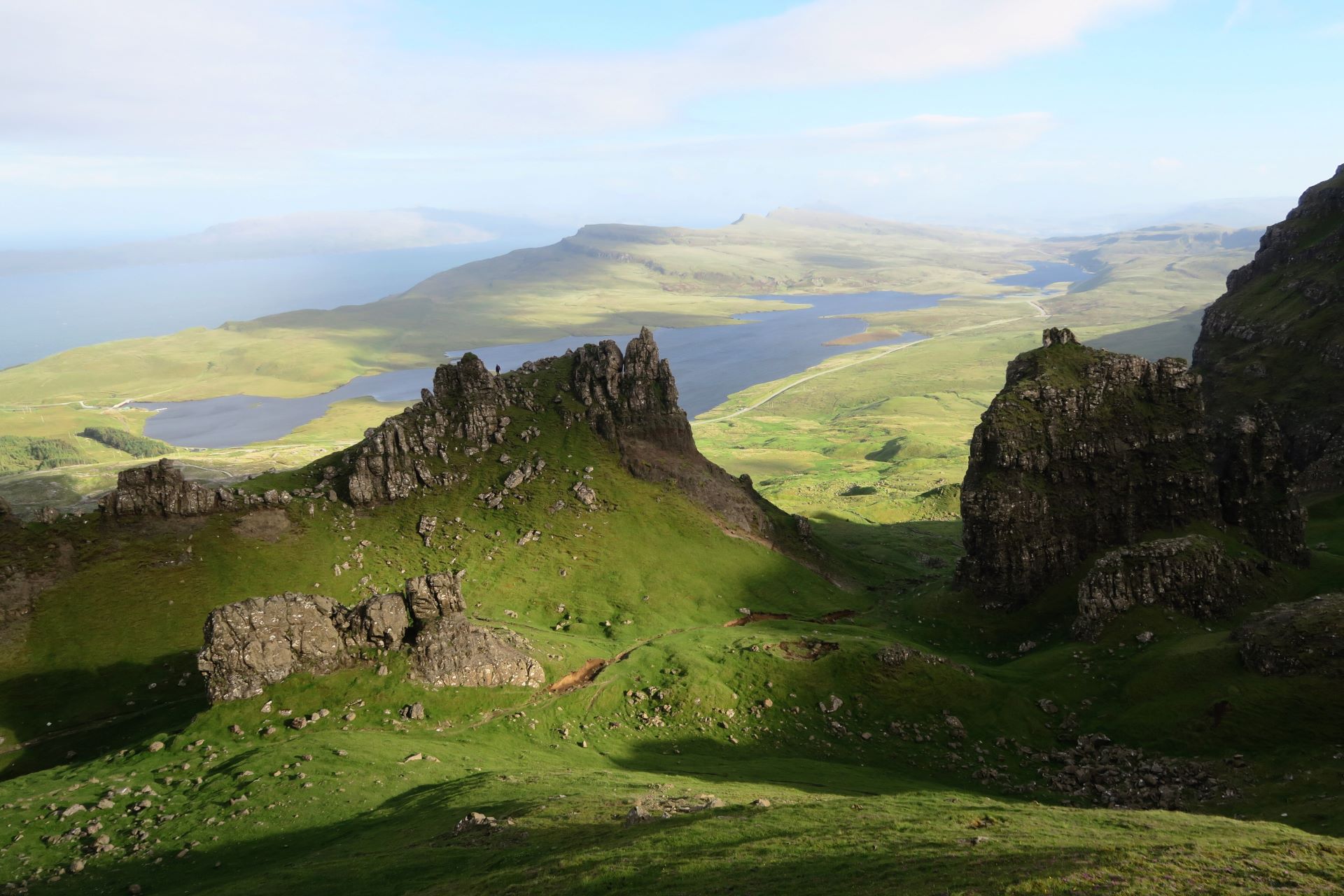 Some of the best hiking routes in the UK are also the hardest. They give you a greater sense of achievement, are a tougher workout, and of course give you something to gloat about for the following month (or more)! They also come jam packed with expansive and beautiful scenery, alongside more rugged mountains and coasts.

If you're ready to get more serious about walking and hiking, then these 5 long distance walks will be ideal. They are more difficult hikes than perhaps the average route, so you'll have to plan your kit more thoroughly, as well as overnight stops and your exact route.

“The backbone of England” is a serious hike, traversed by the British Army before its official opening back in 1965, this is one for more experienced ramblers. The full route is a near three-week hike that takes you across the Peak District, the Yorkshire Dales, North Pennines, Hadrian’s Wall and the Cheviots, a serious hike with serious results. Apart from its stunning range of scenery, variations in terrain and physical challenges across the board, it also includes beautiful stop-offs along the way, local pubs, B&Bs, camping sites, and barrels of unforgettable views. While the full route might be too much for the mid-level hiker, don’t write off the many shorter routes along the (Pennine) way.

If you want to try before you commit, check out our easy Peak District walks first!

This is a simply beautiful route that will take you across the county of Sussex and show you some unforgettable aesthetics from arguably the most British of countryside. A much simpler hike than the Pennines, this hike is heavily pathed with plenty of idyllic towns, littered with pubs, bars and hotels where you can rest those aching feet.

The backdrop of the twists and turns of the Cuckmere are going to make for that perfect Instagram selfie from atop one of the adjacent hills. Next, you’ll be treated to beautiful white chalked costal beauty of Beachy Head and the Seven Sisters. Some great swimming spots are there for the summer hikers, or wilder winter water dippers.

It's one of the best long distance walks for those trying it out for the first time!

While you could tackle a shorter route, the full Hadrian’s Wall Path will take you on a week-long hike with stunning views, as well as one of the most notable remnants of our country’s Roman history. The wall itself was built by Emperor Hadrian to defend our former colonists against the Pict natives. Constructed in 122 AD the wall initially had armed fortifications every five miles, and while both the wall and its defensive points have been beaten by the elements over time, over ten miles of the wall still remain. Several Roman fort ruins are also situated along the way, as well as museums to educate you on the area’s past.

It's a great long distance walk, particularly for history lovers.

The home of Snowdonia and Pen y Fan is also home to one of our 5 best long-distance walks for the determined among you. Another week-long route, the Welsh trek is among some of the best longer routes that the Pembrokeshire Coast boasts. The 870-mile route runs from Chepstow in the South to Queensferry, Flintshire in the North, or vice versa. The route is divided into eight sections: The South Wales, Gower, Pembrokeshire, Ceredigion, Meirionnydd, Llyn, Anglesey and North Wales Coast Paths. Along the way are a staggering 11 National Nature Reserves and even more privately-owned reserves. Officially opened in 2012, this newly unified route holds many treasures along the way including coastal cities, historic castles alongside gorgeous woodlands, hills, coastline and beaches.

It's a more difficult long route, with plenty of hills, but well-worth it for the sights along the way.

The shortest of all the long distance walks on our list, but certainly not one to bypass, is the rugged ramble across Scotland’s Caingorms. The two-day hike is a rugged paradise of mountain ranges and will leave you feeling you’ve been transported into Middle Earth, without the expensive flights to New Zealand! The translation from the Scottish Gaelic Lairig Ghru, even shares similarities with the Pass of Caradhras from Tolkien’s Lord of the Rings.

If you are feeling adventurous and fancy a giggle, head to The Devil’s Point, the mountain to the West of the pass which has a rather humorous name: Bod an Deamhain, which translates to “Penis of the Demon”. The final run of Lairig Ghru will take you through the Forest of Mar into Braemar. Camping along the route is allowed providing the Scottish Outdoor Access Code is upheld (check the details, but essentially don’t litter, be responsible and be safe).