Treadmill to Trail: The Benefits of Running Outdoors

Here's a guide to the benefits of running outdoors. From the impact on your mind to your knees, including a six-week training plan to get you started. 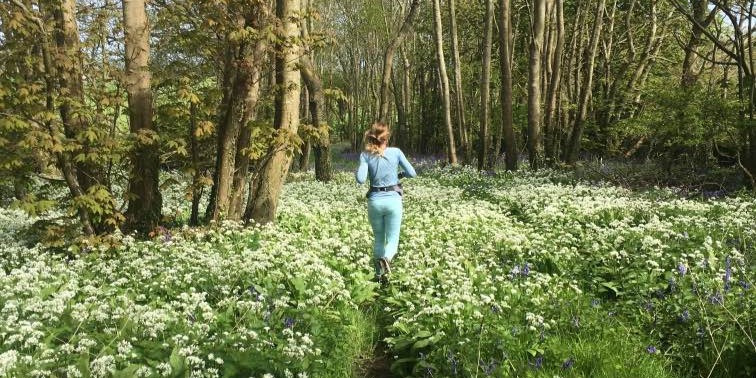 Credit: A trail running path: the benefits of running outdoors

Treadmill to Trail: The Benefits of Running Outdoors

Me and running have had a rocky relationship. Our story began when I was 11. Some might say I was too young, too foolish. Together, we’ve had our highs, and our lows. We’ve broken up for months at a time, I’ve walked away and not looked back, only to return again.

How many times have I heard someone say to me, “Why on earth do you run? I hate running.” I’ve been running competitively since I was 13. I started on the track; I was a middle distance runner. 1,500 metres. Since, I’ve attended countless appointments for medical opinion after opinion. I’ve been diagnosed with Osgood-Schlatter, told I shouldn’t run on concrete, should take painkillers, my ligaments are screwed, have an Achilles tendon of an 80-year-old, I’ll recover with massage, that I shouldn’t run at all.

But the truth is, running is addictive. And I’ve done it almost all my life. If I stopped running now, what was the purpose of the hours spent training and sweating and hating myself?

So, when I discovered trail (or fell running, I think, if you’re from the North), something finally nestled into place. I’m not saying things are perfect between us, but it’s a start.

Have I convinced you yet? Thought so.

Here’s a six-week training plan for beginners to get you running outdoors in no time.

You can skip the first few weeks, or adapt the times depending on your fitness level.

Hot tip: schedule runs into your calendar in advance on the same days every week. If you make running part of your routine, you’re more likely to stick to the training plan.

Trainers that are okay for variable terrain

You’ll want a pair of lightweight trainers with good grip, especially if your route contains a decline. You don’t want to slip on any tree roots on the way down.

It’s going to get warm. Choose some shorts with an elasticated under-short. They have the added benefit of staying in place and keeping everything… in place.

You’ll want to keep the sun/leaves/dust out of your eyes without making your head too hot. There is also nothing more annoying as a female with long hair than to be pushing it out of your face for an hour, plus.

Hydration pack or belt and fuel

Somewhere to keep your water, your snacks (I eat fruit puree for babies to keep up my blood-sugar levels, but dried fruit will do if you think that’s too weird.)

A way to navigate

There are some cool route builders, most popular is from Strava. You can just download the app onto your phone. You could even go old-school with a real-life map.

A change of clothes

This one sounds obvious, but how many times have I been on a trail and forgotten a spare top. Not only is the journey home in sweaty gear super uncomfortable, do not underestimate the power of wind when you’re exposed to the elements.

So, that’s it. Happy outdoor running! I’d like to know how you get on. Drop me an email any time - I don’t bite (much), if you want to share some running tips.