What is a Stunt Scooter?

Is your child interested in doing freestyle stunt tricks on their scooter? In that case, it might be advisable to buy them a stunt scooter. 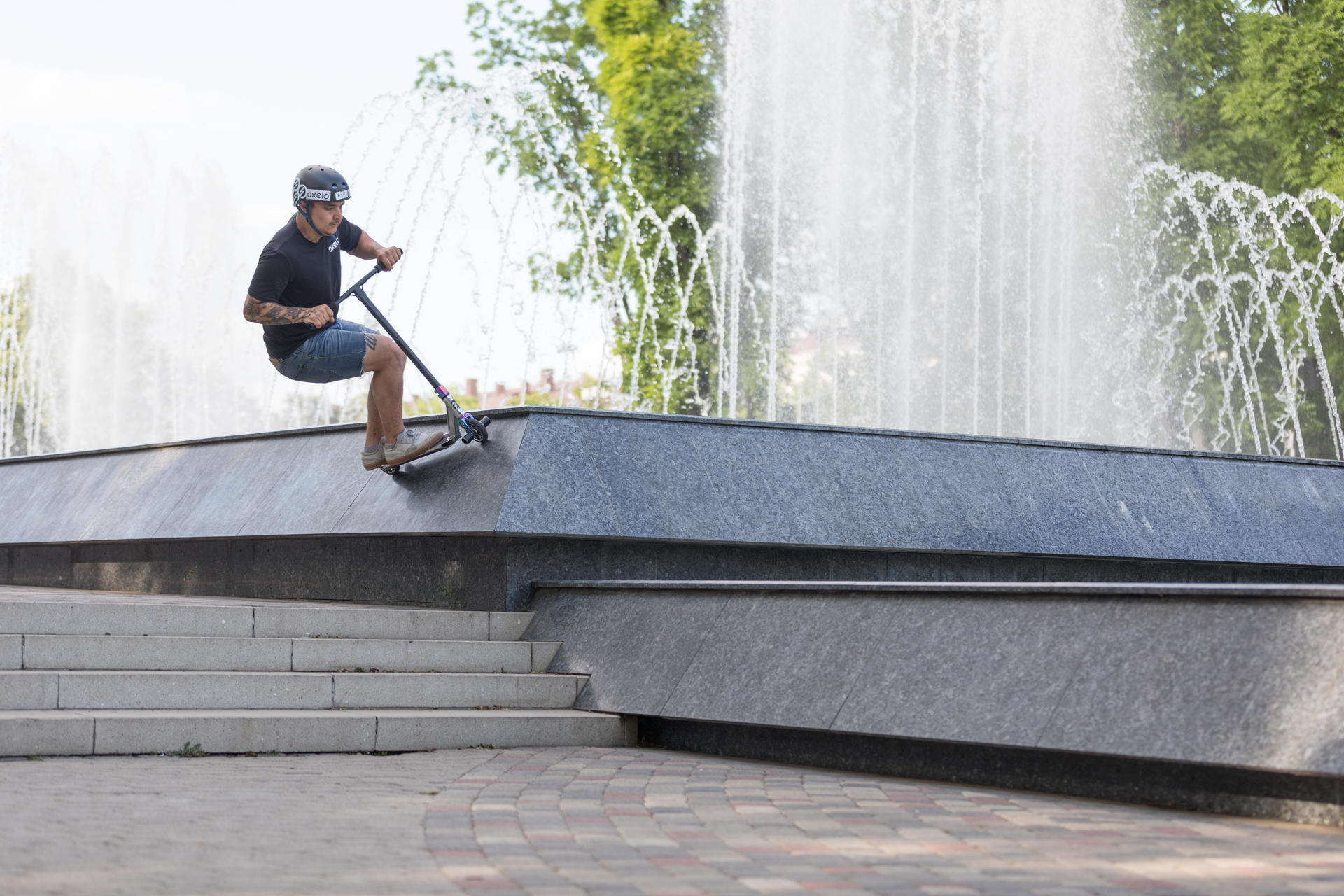 So, your child has recently got into scooting – great! But wait – they don’t seem interested in merely using their scooter to get from A to B. They’re trying to do bunny hops on their scooter, and are watching more and more stunt videos on YouTube. They might even be developing an interest in taking their scooter along to a skate park...
How should you respond to this? Well, we suggest you look into buying them a stunt scooter. In fact, there are plenty of great and cheap stunt scooters on the market, so it’s not as difficult or as intimidating to purchase one as you might think.
So is a stunt scooter all that different to a standard scooter?

Well, it’s quite a bit different.

Looking at your child’s current standard scooter, you will have likely noticed certain things about it. It looks – and is – relatively lightweight, and can even be folded for greater portability. In short, it probably doesn’t appear anywhere near tough enough to be hurtled off jumps and ramps – and that’s because it won’t be. Such a scooter isn’t designed to stand up to such abrasive use.

Dedicated stunt scooters – also sometimes known as freestyle scooters – are very different, having been designed with skate park use specifically in mind. Their various components are typically much more durable and reinforced – they are much more likely to have steel decks, for example, rather than the aluminium or wood/glass fibre that is customary for ‘traditional’ scooters.

The wheels of a stunt scooter are also frequently metal core instead of plastic, and are usually smaller than those on a traditional scooter. Remember that the bigger a scooter’s wheels are, the faster it is. This size difference therefore makes sense, because on a standard scooter, you’re more likely to want to go quicker over longer distances – such as on the school run. By contrast, stunt scooter wheels are smaller for shorter bursts of speed within more confined areas.

By now, you’ve probably grasped that there’s a bit of a theme with stunt scooters – durability. An adult’s or kid’s stunt scooter needs to be tough enough to stand up against punishing stunts. The last thing a stunt scooter rider will want, after all, is their scooter cracking, breaking up or otherwise sustaining damage underneath them when it lands from a height.

Is a stunt scooter right for your child?

As we mentioned above, there are a few classic signs to look out for that your child may be becoming interested in the stunted scooter world.

They may be following the exploits of the world’s top riders of pro stunt scooters – think such big names as Dante Hutchinson, Jordan Clark, Roomet Saalik and BenJ Friant. You may also frequently notice them gazing longingly in the direction of the nearest skate park, or attempting small jumps on the scooter they already have.

The latter isn’t something that you should allow for long, given that ‘normal’ scooters just aren’t designed to be treated that way. Instead, don’t hesitate to take a look at some of the best deals for stunt scooters for sale online. You won’t necessarily need to search for long to find a specialist boy’s or girl’s stunt scooter that your little one will soon be performing all kinds of tricks on!

Oh, and finally: make sure they’re old enough to be able to use a stunt scooter safely and responsibly! Five years old is a good baseline age, and will give you some vital peace of mind.