What to Watch? A Climbers' Guide to Netflix

Looking for a streaming slice of online adventure? Here's our rundown to the best climbing documentaries and films on Netflix. 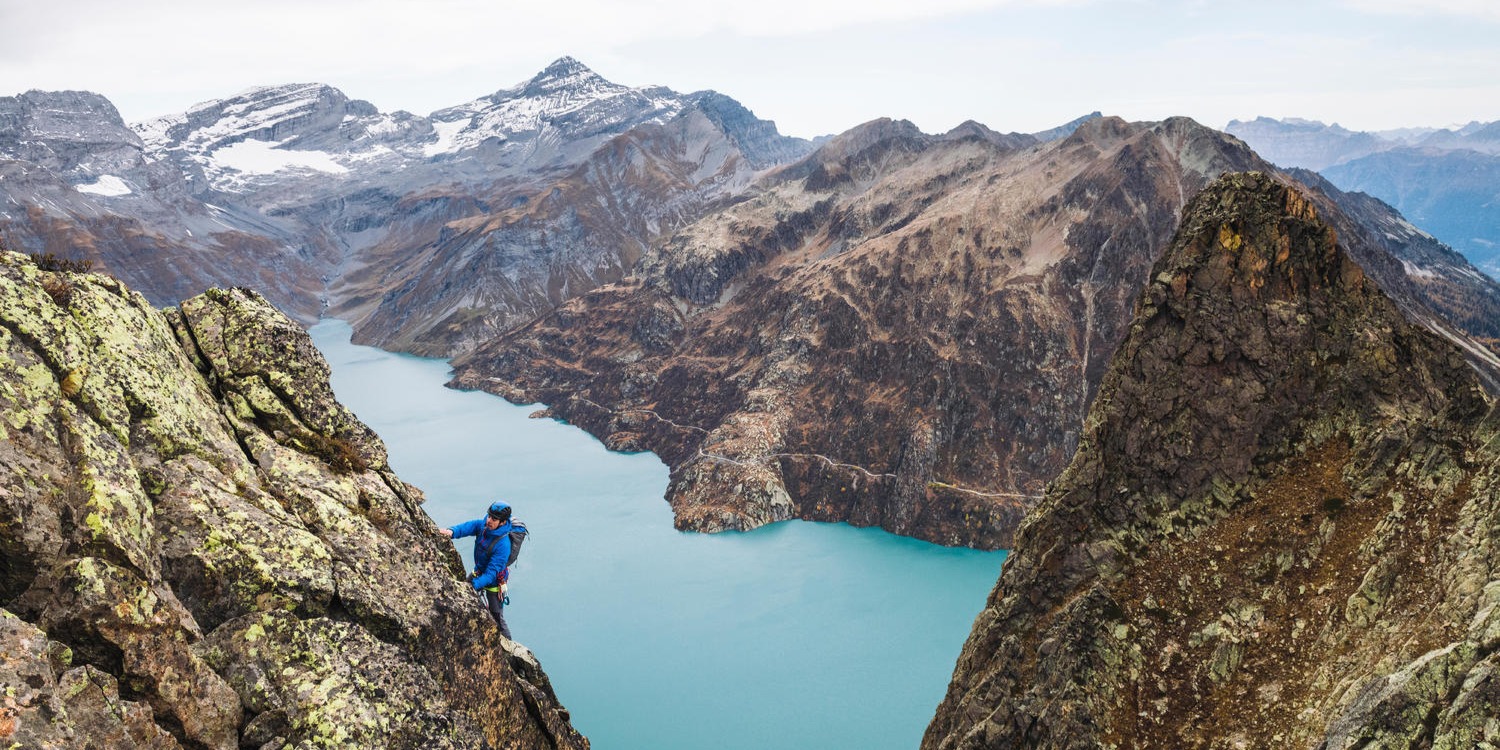 Credit: A Climbers' Guide to Netflix

Since the release of Free Solo in 2018, there has been a renewed interest in climbing on screen, and especially on streaming sites. Netflix is now renowned not only for it's documentaries and (sometimes bizarre) docu-series, but an array of outdoor shows too, and in the last few years the site has begun adding some of the best climbing documentaries and films.

Here’s our introduction to each of them.

The Dawn Wall (2018) directed by Josh Lowell and Peter Moritimer

This Netflix climbing documentary opens with Tommy Caldwell and his climbing partner Kevin Jorgsen receiving a phone call from a New York Times reporter, whilst they sit in a portaledge hanging from the Dawn Wall. Immediately the reporter asks ‘Why are you doing this?’

If you’ve seen the much-talked about 2018 Free Solo, you may or may not remember Caldwell’s role as an interviewee. However this documentary puts Caldwell centre stage, as he attempts to do something that has never before been tried. Climb the Dawn Wall of the El Capitan mountain in Yosemite Park.

The early part of the film tracks Caldwell’s first forays into climbing, helped in large part by his All American father Mike. From death defying hikes aged 5 to winning his first international climbing competition, Caldwell was a young climber on the rise. Then, after two life changing experiences, first in the mountains of Kyrgyzstan which propels him to national attention, and then an wood cutting accident that leaves him without half a finger, Caldwell’s passion for climbing transforms into an obsession. After suffering another personal setback, the apparently unclimbable wall of El Capitan becomes his main focus, and with Jorgson at his side, sets out to be the first team to free climb to the very top of the Dawn Wall.

Alongside the superb technique and character study of Tommy Caldwell, the most interesting aspect of this Netflix climbing documentary is the relationship between the two in the latter stages of the film, demonstrating what patience and teamwork can achieve. Before working with Caldwell Kevin Jorgson was a world class boulder, which requires a very different skill set to what climbing the Dawn Wall required. Although it’s clear the difference in free climbing skill between the two, one of the most inspirational things about watching the climb unfold is not just Jorgson’s perseverance, but how Caldwell’s drive to complete the Dawn Wall never gets in the way of him respecting and supporting his partner during incredibly challenging times.

In many ways this film feels as much a 70 minute art piece as it does as a documentary about mountains. Narrated by actor Willem Dafoe, reading extracts from Robert McFaralanes ‘Mountains of the Mind’, and soundtracked by the Australian National Orchestra, director Jennifer Peedom takes her viewer on a spiritual journey through the last 300 years of mountaineering.

Alongside the outstanding shot selection of the summits, one of the documentary’s most fascinating aspects is how the mindset has changed towards mountains throughout history. Going from seen as something to be feared in the past, to how in recent times fascination has replaced trepidation. Without too much judgement, it also looks at the commercialisation of mountains, how they are no longer wild, how they’ve become essential to tourism, with the example of ski seasons the main focus towards the end of the film.

Unlike other recent mountaineering films, Peedom at no point personally connects with any climber, skier, biker or other extreme sport enthusiast. Instead she makes the mountains themselves the characters and point of focus. However there is one long sequence that displays the struggles and risks that climbers go through whilst out on the mountain showing painful, bloody injuries in unflinching fashion.

While this is summed up as a film that ‘takes viewers to the summits of some of the world’s most amazing mountains’, it is as much about humankind’s adventurous nature and attitude to risk, as it is about the mountains on the screen. In many ways, the key message to this netflix climbing documentary is an explanation as to how it cannot be explained, that the mystery of the mountains is in itself the reason why we are so drawn to them. Mountain is a film that both will scratch the viewers itch for adventure and also questions what draws us to the notion of adventure itself.

Based on the well documented, tragic 1996 Everest climb, this is mountaineering given the Hollywood big budget, disaster movie treatment.

The story follows two climbing expeditions; Adventure Consultants, led by and Mountain Madness, led by Scott Fischer. From his arrival at Base camp, Hall is nervous about the amount of climbers planning to venture up the mountain at the same time. These concerns are made all the more real when one of his climbers almost falls to his death during the month of training, believed to be due to overcrowding on the pathway. Hall and Fischer agree to combine their trip, as to reduce any chance of delays. Although there is talk of bad weather on the horizon, the two climbers believe that if they get their groups down early enough, they will be fine. However, as the two expeditions get towards the summit, and the bad weather rolls in, disastrous events begin to unfold.

The commodification of mountain activities is something already discussed in this article, and is something that plays a central role in the early stages of this film. In the opening frames, the film states Hall had become famous for popularizing Everest climbs, and had led a number of incredibly successful at doing so (he had guided 39 people to the top during his career). He’s also portrayed as a man who is incredibly caring for the people in his expeditions and in real life known as the ‘mountain goat’. However, with each climber paying up to $65,000 for the trip, Hal is faced with the issue of them being his responsibility, but essentially also his client. This means that it becomes difficult saying no to them, especially when things start to go wrong. Obviously this is not the only reason for events unfolding in the way that they did, but it’s certainly food for thought with the future of activities such as climbing and mountaineering.

There’s also a sense of machismo competitiveness before the climb itself begins, with members of Hall’s team jockeying for status as the most experienced or able for the task ahead. However, as one of the guide’s says the only competition is really between humans and the mountain.

Although it is not necessarily a film that will inspire those interested in climbing to go running up a mountain at the first chance they get, it does bring to light the realities of taking on such mammoth obstacles like Everest.

The Climb (2017) directed by Ludovic Bernard

Based on the true story of Nadir Dendoune, the story follows Samy Diakete in his quest to climb Mount Everest without any previous climbing experience.

When Samy leaves his family in Saint-Denis, Paris to travel to the Himalayas and climb Everest, it’s safe to say he has no idea what he’s getting himself into. Without any previous climbing experience and his main reason to win the love of an old schoolmate Nadia, even those who knew very little about climbing would say that while it sounds like a great premise for a romantic comedy it’s like a terrible idea for a real life human being. He does however have the backing of his community in La Courneuve, including a local radio station that is sponsoring a large part of his trip. As soon as Samy lands in Nepal, he is a fish out of water, and although maintaining an optimistic attitude, starts to realise that he may be up against it. After meeting a young nepealese man who goes by the name of Johnny (due to his constant wearing of Johnny Haliday) who becomes his Sherpa, and Jeff, his guide, with his hometown cheering him on, Samy is seemingly ready to go.

One of the most impressive things about The Climb is how it manages to remain a romantic comedy, whilst drawing light on real issues that climbers and sherpas regularly face when climbing Everest. From the hard work and pressure the sherpas have to put their bodies through, acting as servants for the climbers, to the health risks climbers take when trying to climb Everest, and in one instance, leaving in a bodybag. As the climb continues, instead of acting like a tourist advert for the Himalayas, it shows the debilitating effects of altitude sickness to the point of uncomfortable watching.

Inequality is also an issue tackled during the film. Before Samy sets off for Everest, he talks about how he has struggled to get a job, and it is from one of the harder up areas of Paris. Upon arriving in Nepal, although he is treated like an outsider by fellow touring climbers, he is horrified by the shocking workloads of the sherpas, having to carry needless items up the mountain just so people can have home comforts as they climb. Much like the dangers of the mountain itself, this is an issue that will resonate for any climbing viewers.

The Climb perfectly balances an important story of overcoming obstacles with a lighthearted genre, and is certainly worth a watch for anyone wanting to tackle seemingly impossible challenges.