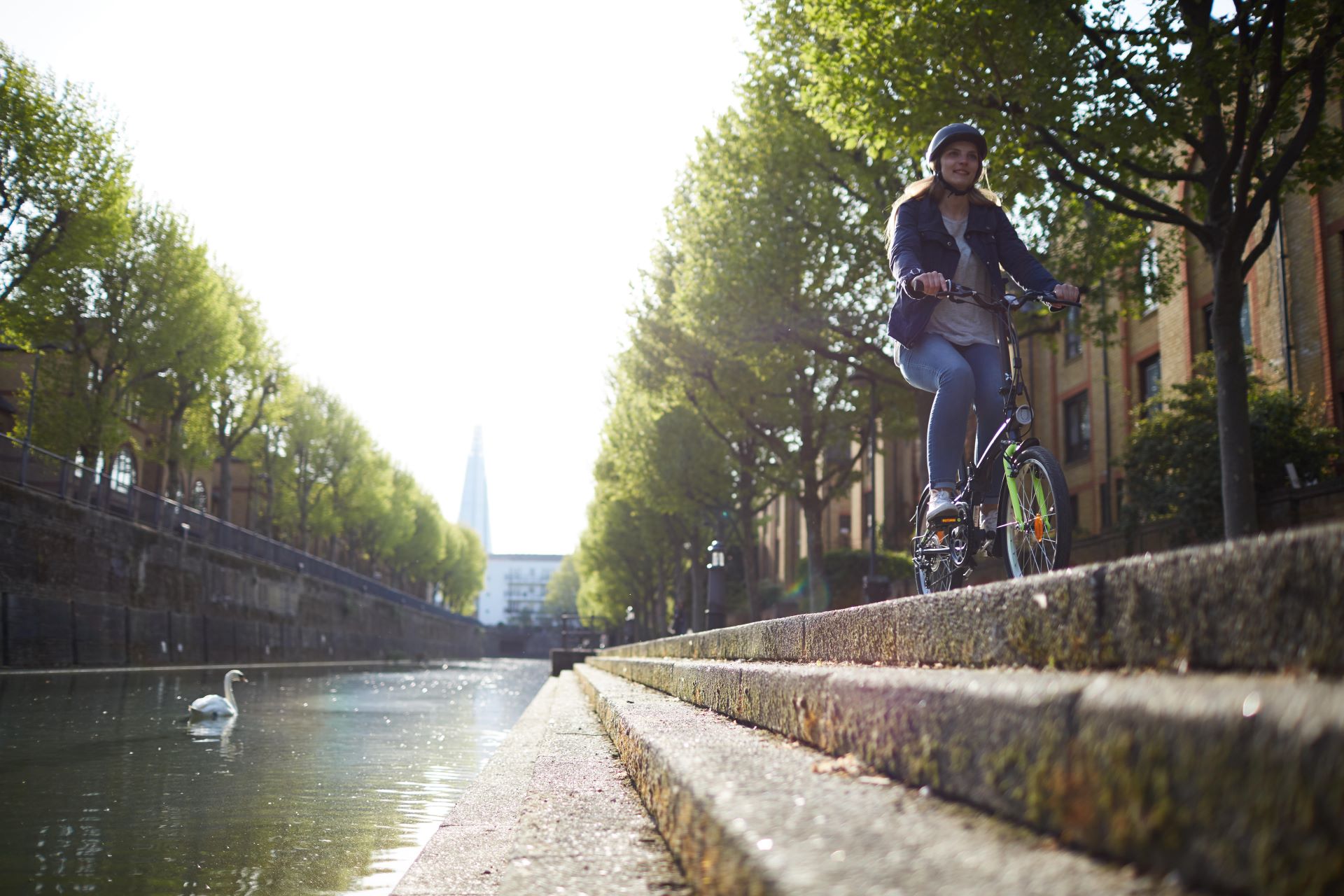 Here are our top recommendations of the capital's top parks best explored on two wheels.
From Buckingham Palace to Big Ben and from the Tower of London to Westminster, there is much to see and do in London. But what about the cyclists? With busy streets and heavy traffic, just where exactly can you go riding in London?
Thankfully there are many parks located close to the centre. With wide open green spaces, dedicated cycle paths and plenty of interesting points of interest, there’s much to keep the two-wheeled explorer busy in London.
There are also several parks with bike rental, so if you’re a tourist without a bike you can just show up and start exploring. Here are some of the best parks for biking in London.
London’s top parks for cycling
Richmond Park

The largest of London’s parks, Richmond is also one of the best parks for riding. The 6.7 mile loop that runs around the circumference of the park attracts cyclists of all types. It’s perhaps the ultimate London bike ride. Thousands flock here each week to escape the mayhem of the city and fill their lungs with some fresh air.

Richmond park attracts 4.4 million visitors each year and with good reason. Of particular importance is the wildlife conservation and the herds of red and fallow deer who freely roam the park. With paintings on display and countless memorials, there are multiple stop-offs for cyclists. For those who come without a bike, they can be rented near Roehampton Gate and, at peak times, near Pembroke Lodge. And with a cafe halfway around the circuit, it truly is one of the best parks for biking in every sense!

Situated close to Richmond Park, Bushy Park is for those who fancy a change of scenery. The 2012 Olympic Time Trial was held here, so if you’ve brought your ‘A’ game, why not try and emulate that gold medal-winning ride?

The roads in the park are flat and well surfaced. Surrounded by vast green areas, there’s ample space to pull over and kick back for a well-deserved rest on a summer’s day. And with 24/7 bicycle access via the main avenue between the north and south gates, there are always plenty of cyclists to be found.

Built for the 2012 London Olympics, Lee Valley VeloPark is a mecca of sorts for London based cyclists of all types. It includes a mile long road-racing circuit, a velodrome, BMX tracks and several miles of mountain bike trails. Was there ever a place better designed for anyone with a love of cycling?

Unfortunately, it’s not free to enter. Entry to each area costs £15, but it may be well worth it if you’re looking for something more exciting than simply cycling around a park. The road circuit is tight and well surfaced. Club races take place there while many others simply use it for training.

For those looking for a BMX or mountain bike challenge, Lee Valley is one of the best parks for biking. It provides the ultimate experience with those tailored tracks, and there’s simply nothing like riding the same course the pros do.

A little further out of the city, Greenwich Park is home to the Royal Observatory. Situated on the prime meridian at 0° longitude, it offers wonderful views overlooking the River Thames.

With 180 acres of lawns, there’s plenty to explore. Countless paths lined with trees, orchards and pretty gardens crisscross the park. But perhaps the ideal route for cyclists is the circular route that skirts around the park. It provides exceptional views of the city of London and The Docklands.

A fascinating place, Greenwich itself almost feels like another place and time from the rest of London, and with plenty of places to stop for food and drink, it’s the ideal place for a cycling day trip from London.

One of the most welcoming parks for cyclists, Hyde Park has several routes that attract both recreational cyclists as well as the daily commuters. Situated in close proximity to the city centre, and open from 5 am until midnight, people are to be found here at all hours.

Several bike docking stations exist within the park. Jokingly referred to as Boris Bikes, they provide the transport for those who want to explore the abundant green open space. Once you begin to explore it on two wheels, you’ll soon forget you're in central London!

There are several popular routes which exist within the park. The circular route of 2.5 miles which skirts the outer perimeter is an easy ride with abundant facilities on the route. It takes about an hour if done at leisure. While for the tourists, the cycling track at constitution hill provides wonderful views of Buckingham Palace, while a little further west are Kensington Gardens.

Centrally located, Regents Park is popular with those commuters who want to add a few extra miles to their commute to maximise their training. A road runs around the outer circumference for 2.8 miles along tree-lined pathways. With hundreds of species of wild birds and well-maintained gardens, Regent’s is an attractive place to explore on a bike.

Cycle-friendly with little traffic, it's one of the safer options available. And for those who come without a bike, you can rent one from one of the several rental shops that exist around the park.

If you do happen to escape the urban jungle and venture into one of the aforementioned parks, then don’t forget to wear a helmet. Some roads within the parks have traffic, and although minimal, you can never be too careful. Stay safe out there and enjoy London!