Who Can I Learn To Scooter With?

Riding a scooter doesn’t have to be a solitary activity! Read our tips on the social side of scootering for beginners, including who you might learn with. 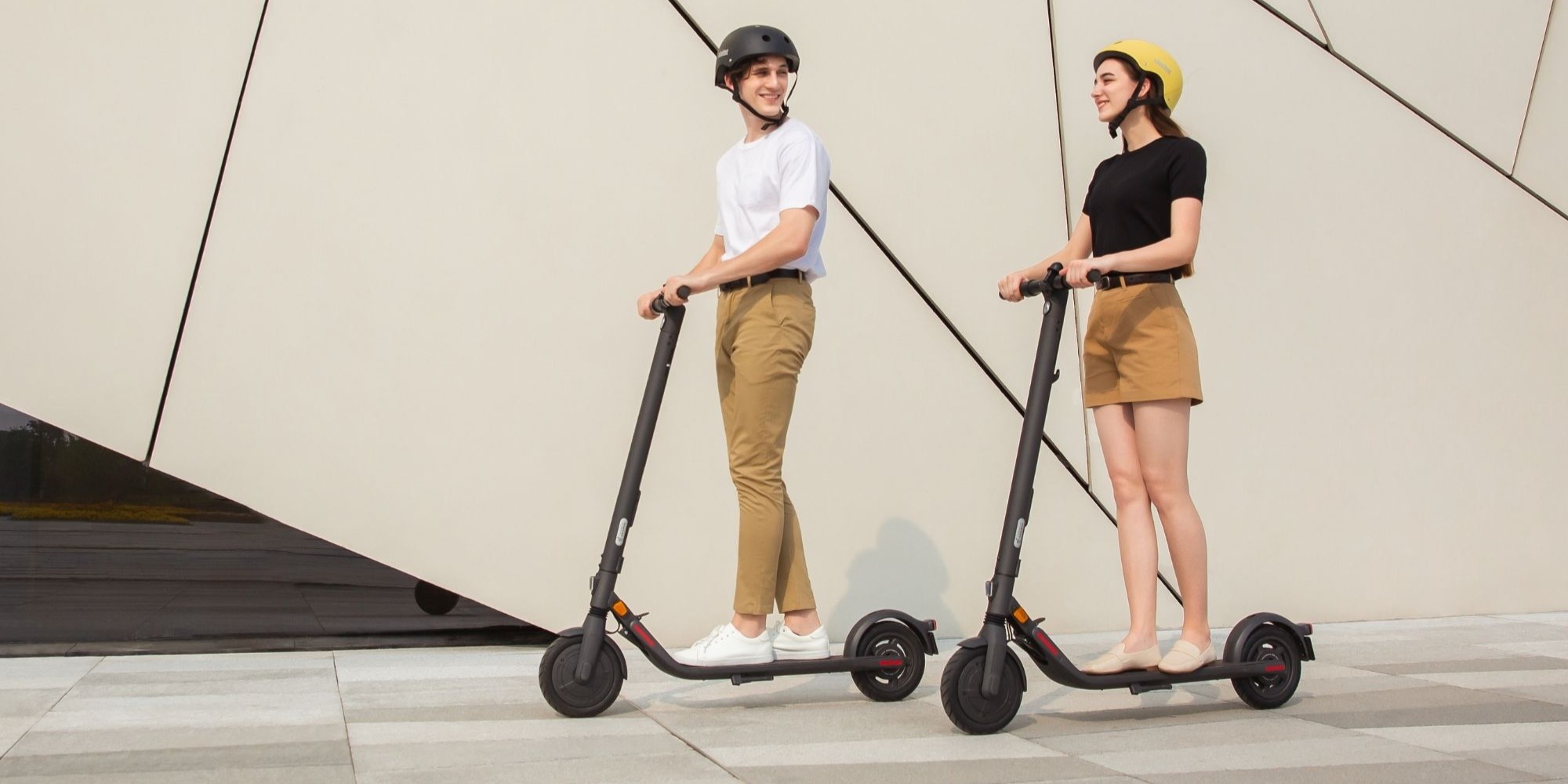 As enjoyable as it can be to ride a scooter on your own, sometimes in life, we all need a little extra help. Plus, when you’re only just adjusting to scootering, you might not want to be alone and risk a mishap that causes any injury or damage to your scooter.

Getting to grips with scooting (or scootering!) in the company of someone else may help you to enjoy it much more, and learn it so much faster. So, what advice would we give you on the social side of scootering for beginners?

Your Options Depend Largely On Why You’re Scootering

For the purposes of this article, we are referring not to electric or motorised scooters, but instead to ‘kick’ scooters – otherwise sometimes known as ‘push’ scooters. These are manual scooters, and there are various reasons why you might be interested in learning to ride one.

Perhaps you’re simply interested in scootering as an alternative way to get to work? In that case, maybe there’s a friend or relative whose workday commute is similar, who could join you for most of the route on their own scooter?

Sharing the experience of scootering together isn’t just a potential social thing. That’s because it could even enable the two of you to share tips afterwards on such things as responsible and safe use of the pavements, and whether you’re using the right scooters for your needs.

Other circumstances may give you alternative options for people who could accompany you when you’re learning the basics of scootering for beginners.

As an adult, for example, you’re likely to adjust to scootering quite quickly. But it might be a different situation for a child in your care, who wishes to try scooting themselves. So why not go to the local park with them, and show them how to ride the scooter?

You could then let them ride the scooter in circles by themselves for a little while, as you watch and provide advice and guidance. Before long, you might well be going out on scooting trips together!

If it’s stunt or trick scootering that you’re specifically interested in, yet more possibilities will be open to you! It can be quite intimidating, and probably not very wise anyway, to go to a skate park when you know almost nothing about how to do freestyle tricks on a scooter.

You won’t want to overly embarrass yourself as a novice, or risk an entirely avoidable injury due to an overly ambitious stunt attempt. Nor will you wish to unwittingly violate any of the unspoken ‘etiquette’ of a skate park, as we’ll cover in more detail below. But you’ll still want to learn the tricks and stunts, right?

In that case, you might consider enrolling in professional stunt scooter coaching, with the help of experienced staff who could help you to hone your technique. Some skate parks may also offer ‘scooter-only sessions’. These would give you the chance to try out the park in the company of other scooterers, without feeling pressured by expert skaters or seasoned BMX riders waiting their turn.

Having said all of the above, you shouldn’t be overly afraid of the neighbourhood skate park. After all, it’s typical in any case for stunt scooter riders, BMX enthusiasts, and skateboard users alike, of a wide range of backgrounds and capabilities, to mix in such settings in a respectful manner.

Testing out your prowess at the skate park is, in fact, one of the best ways to add a social dimension to your scootering. It’s inevitable that you’ll learn something simply by watching the feats of those who are currently at a much higher skill level than you.

It’s also likely that at least some of them will be happy to help you to pull off a particular stunt if you ask them for advice. Imagine yourself in their shoes – you’d probably be flattered if someone less skilled and experienced than you showed such admiration and respect for those tricks you’d spent months, and perhaps even years perfecting.

Again, though, we can’t emphasise enough the importance of following the right etiquette in the skate park. ‘Snaking’ – which is basically the skate park equivalent of ‘jumping the queue’, dropping in ahead of another rider waiting to go on a particular run – is only one of the worst offences.

Also, make a point of showing respect to everyone in the park. Everyone has an equal right to be in the skate park, whatever their background or skill level might be, and regardless of whether they are on a scooter, BMX, board or blades.

Remember: everyone was a novice once. So, as you start to move beyond the basics of scootering for beginners, you should continue to be polite and respectful to all of your fellow skate park users.

Scootering Really Can Be For (Almost) Everyone

Being new to scootering doesn’t have to mean struggling with any aspect of it on your own! Hopefully, the preceding tips will give you some inspiration to seek like-minded friends and relatives when you are learning how to scooter for the first time.

Then, once you become good at it, you could be the one teaching someone else how to scooter safely, responsibly and enjoyably.