For International Women's Day, we wanted to share the stories of some of the amazing women in our UK hockey project. 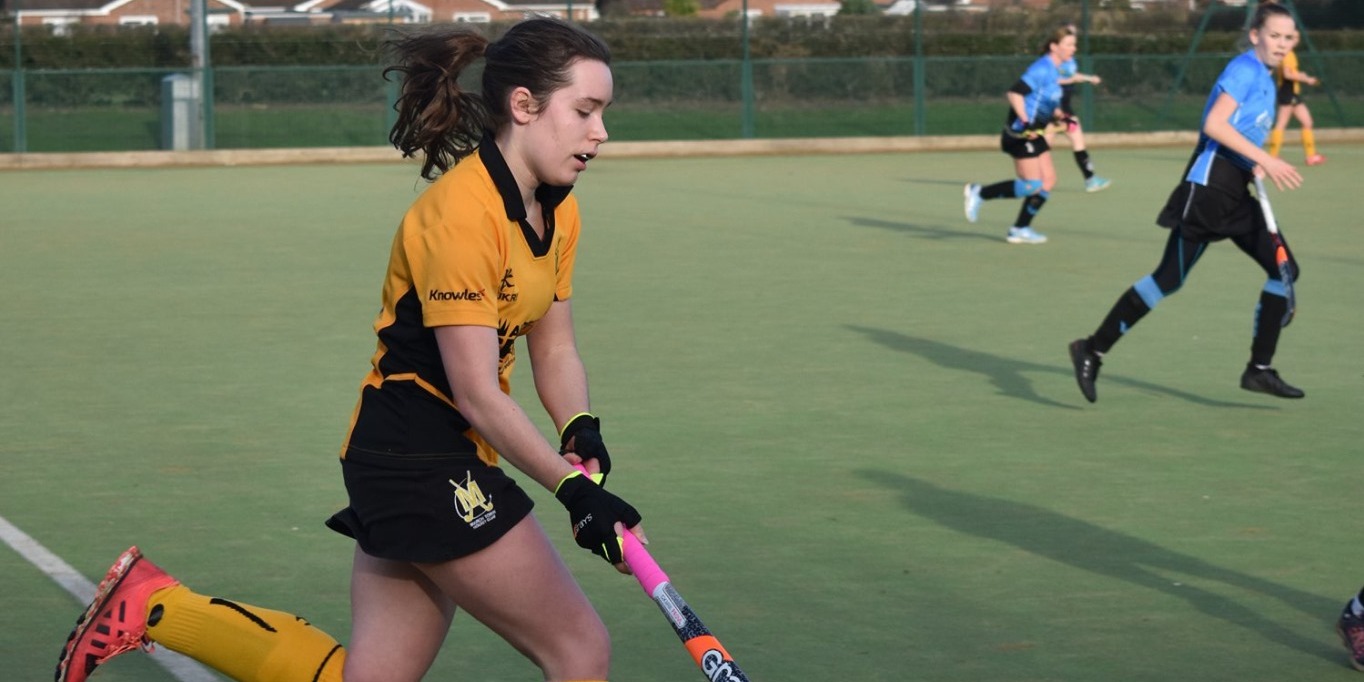 I asked some of the women in our UK hockey project if they minded me profiling them on here. I see them as inspirational colleagues and friends. They are people I have enormous confidence in and am proud to be associated with. Having women like these in our project makes my life as the Hockey Leader ten times easier. I can ask advice and opinions, they will challenge me on things and push me to be a better professional. In their hockey communities they have already helped plenty of people enjoy the game. As a consequence of their actions at work, and at their clubs, more people enjoy the sport. I am very grateful to know them and wanted to share their stories with you.

We are fast approaching my five year anniversary at Decathlon! I have enjoyed many adventures with the Braehead store in Glasgow: Hiking Sport Advisor to Hiking Department Manager, followed by Operations Manager. Last month I started a new challenge as part of the UK Operations Team, taking on a 12 month mission as UK Efficiency Leader and Regional Operations Expert. My focus is now all things efficiency, from mindset to tools and processes, plus I support our stores up here in Scotland and the north of the UK on key operational topics such as safety, facilities and flows.

I first started playing hockey at high school when I was around 14/15 years old. At that time we were playing on grass, inconceivable now - think golf swing hits aplenty! I caught the bug pretty quickly and joined our local ladies club in St Andrews at 16.

During my student years at Glasgow University, I got stuck in to everything from the committee, to umpiring, to driving the bus. Once I started working full time, I joined Hillhead Ladies in Glasgow, and now hold the position of Club President. Happily, I love playing more than ever, and my hockey has never been better. It's been a long 12 months off from competitive play - that first Saturday back to umpiring, playing, and celebrating at the club house will be oh so sweet!

Last year, a group of GUWHC oldies formed an alumni club - the Gilmorehill LHC. Although we haven't managed to get together for any indoor hockey or 7s tournaments as planned, the huge growth of Zoom has kickstarted a series of careers events with the current university club. It's great to be a part of this network of women - students and young professionals supporting each other as we navigate the world of work, and it's all thanks to our shared love of hockey.

Through work I am very proud to be an ambassador for our Signed Sport brand KOROK. Our UK network of hockey enthusiasts collaborate to support the brand and product development, and spread the word within our wider hockey community. Together we aim to make hockey accessible across the UK.

It goes without saying that I love sport in all forms, especially hiking, running and road cycling. I love a trekking challenge - previous adventures have taken me to Kilimanjaro, Everest Base Camp, and Toubkal, but with reduced travel last year, adventures are now much closer to home. Over the winter I have been enjoying the challenge of running 100km+ per month, but my bike is winking at me now that the longer days are rolling in. Fingers crossed that my postponed 2020 sportives go ahead this year! Otherwise I am a podcast addict (I'd recommend The High Low, Happy Place and Cool Conversations) and my guilty pleasure is binge watching period dramas.

I have worked part-time at Decathlon Cambridge as a Sports Advisor for just over three years now, starting when I was 16. In 2020 I also took on additional responsibilities as part of the Social Media Management at Cambridge as well as organising team events for our team! It has been a challenge to adapt our events to follow social distancing rules. So far this year we have had a Virtual 5k Race, dressed as a rainbow for a week and taken on a strength challenge with our Instagram followers called 'The Bodyweight Beast'. I like to think of myself as a source of positivity, I like to think that when I leave work I have made at least one person smile throughout the day.

I first played hockey in 2012, in my first year of secondary school. In 2015, we started playing football in the autumn/winter term instead so my teacher suggested I joined my local club, March Town HC. I joined that week and have remained there ever since!

I have played every position on the hockey pitch aside from centre forward. I spent a couple of seasons trying to decide what I was best at before settling in defence. At March I play as a right back as well as in goal when I'm needed. I played as a centre back for Long Road Sixth Form College HC for 3 years, 2 of which I also captained the women's team and co-captained the mixed team. We were not the most successful of college teams but we were certainly had an impeccable team morale! I thank my college coach Mr Hudson for how much I have grown as a player in the last few years, I learned a lot during my time at Long Road and I am a far more confident player as a result. No matter the team I am playing for; whether we win, lose or draw, I am happy so long as I am playing hockey.

Outside of working at Decathlon, I have my own business as a freelance and commissions artist. I do paint portraits, animal portraits, landscapes as well as illustrations. Although, I will take on pretty much any creative challenge thrown at me by customers, I feel proud to be able to bring other people's visions to life. I love to see people stop outside my studio, peer in, smile and discuss my work, I love that my work makes people happy. Aside from hockey, I am a speed skater as well as a keen cyclist. If I am not on pitch training you will often find me in the gym. Before lockdown times, I tried to get myself in the gym every day because it puts a smile on my face and gets me ready to take on the day ahead.

I am currently a Department Manager for Decathlon Warrington. My department consists of, Water sports, Team sports, Racket sports, and Nature sports. My daily responsibilities consist of managing my own staff members, dealing with stock rotation, seasonality changes, and overseeing turnover progression across all sports in my department.

Alongside this however, I have a keen interest in customer service, and training others in my store, this most likely comes from my involvement in hockey over the years as a coach and captain.

I am also very passionate about team spirit and team work. To try and improve this in my store, I have recently started to set activity challenges for my teammates, so that even though we will not be together until April, we can all still work towards a common goal, whilst remaining physically active, and working as a team. We are currently walking/running/swimming (once it has been allowed of course), and cycling, the distance from Decathlon Warrington to the National Stadium in Tokyo, Japan, where the Olympic Games will hopefully be held this Summer. It has been great to see everyone’s contributions so far, and I cannot wait to see what challenge we can conquer next.

I have played hockey for 13 years now. I got involved in my first year of secondary school. I was encouraged to join a local Team in my area, which is where I really fell in love with the sport.

In the past, I have progressed through the Junior Development Pathway, playing for my county, South Lancashire, progressing further then to North West England, and finally up to the North England Squad, representing in my age group at the time. I have also represented North England Under 21’s whilst playing Junior hockey.

Since progressing to open age, I have captained my University Team (Edge Hill Women’s Hockey) to two consecutive league wins, and successfully getting to the highest ranked league the university team had been in since it was created.

During my third year of University, I was selected to represent English Universities. I earned international caps, playing against Welsh Universities, where I scored my first international goal, Scottish universities, and England Masters. This is my highest achievement to date in the hockey world, and I could not be more grateful to have been given the opportunity to play with and against such talented athletes.

I currently play for Liverpool Sefton Ladies 1’s, who are in the Northern Premier Division. We are aiming to win promotion once we can play again. Hopefully this will be our year!

Outside of work and hockey, I enjoy going to watch my boyfriend play Rugby League, as I am rarely seen out of a sporty environment. My favourite place to be however is the cinema, there is nothing I am looking forward to more once lockdowns have ended, and life gets back to normal, than sitting with an Ice blast and some popcorn, watching a great film on a big screen.